Protests in Austin continued regarding the death of George Floyd, who died in police custody in Minneapolis, and Michael Ramos, who died after being shot by APD. 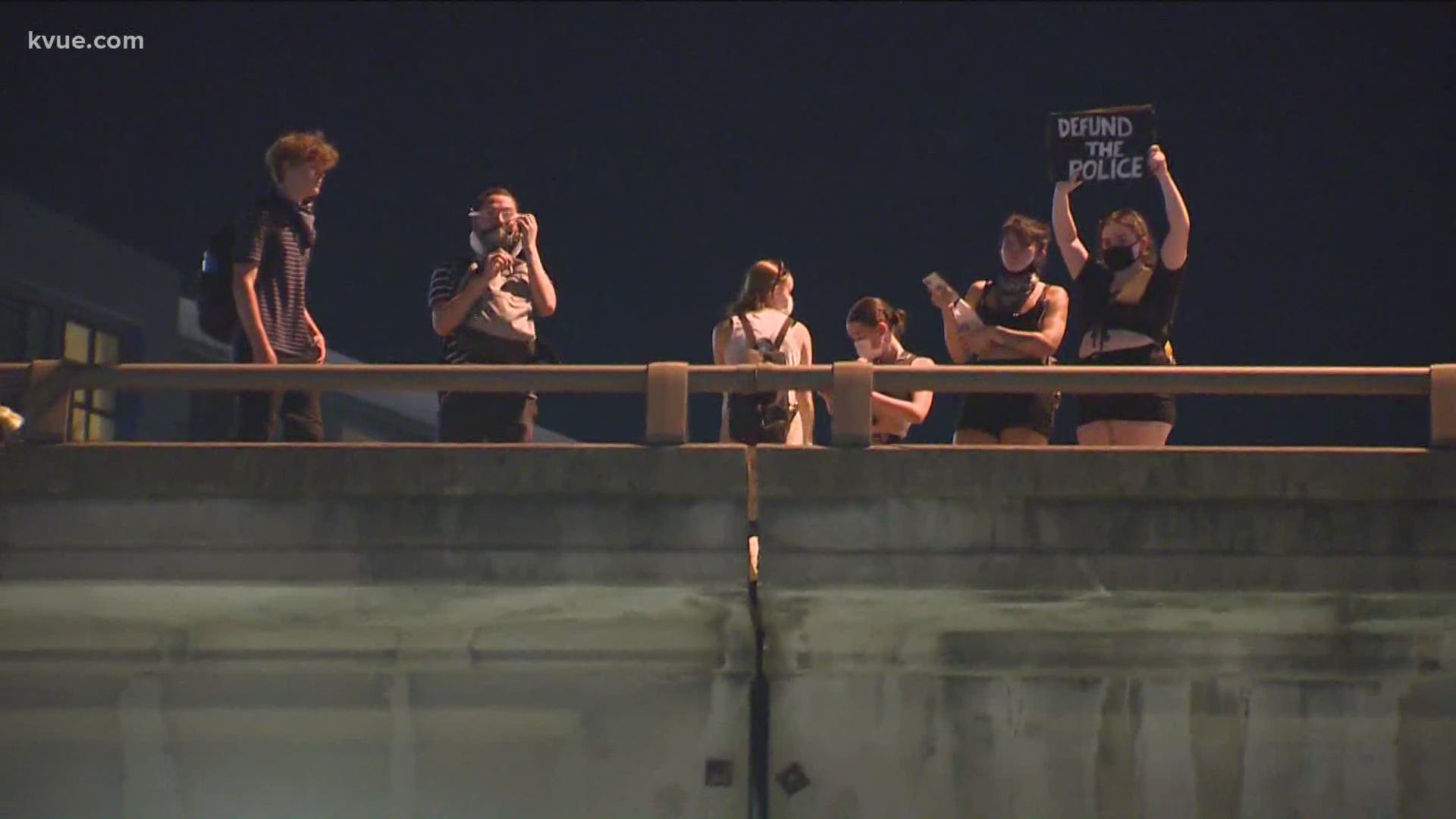 AUSTIN, Texas — Editor's note: This article is no longer being updated.

You can find the latest updates from Saturday's protests in Austin below.

10:20 p.m. – Officers from APD and DPS have cleared the highway as protests continue outside Austin Police Department headquarters.

10:10 p.m. – TxDOT has advised motorists that Interstate Highway 35 is closed in both directions at Seventh Street in Downtown Austin due to protesters on the road.

Meanwhile, some protesters have come back down from the interstate. Police are urging demonstrators to stay off of I-35 for their own safety.

10 p.m. – Protesters are now marching on Interstate Highway 35. Police are calling for protesters to exit the bridge and highway.

7:40 p.m. – APD and DPS officers have barricaded the corner of Eighth Street and Interstate 35 to prevent protesters from marching on the interstate.

6:20 p.m. – Protesters outside Austin Police Department headquarters in Downtown Austin are face to face with Texas DPS officers on the west side of Interstate Highway 35.

1 p.m. – Austin police officers, including APD Police Chief Brian Manley, joined protesters in the tribute. Some protesters joined APD in the demonstration, while other protesters called it a photo op and screamed for the firing of Manley while refusing to kneel as well, KVUE's Bryce Newberry reported.

Check back Saturday for the latest updates regarding the protests in Austin.

Follow these food safety tips during a hurricane or flood

Brees responds to Trump: 'We can no longer use the flag to turn people away'