You can find the latest updates from Sunday's protests in Austin here. 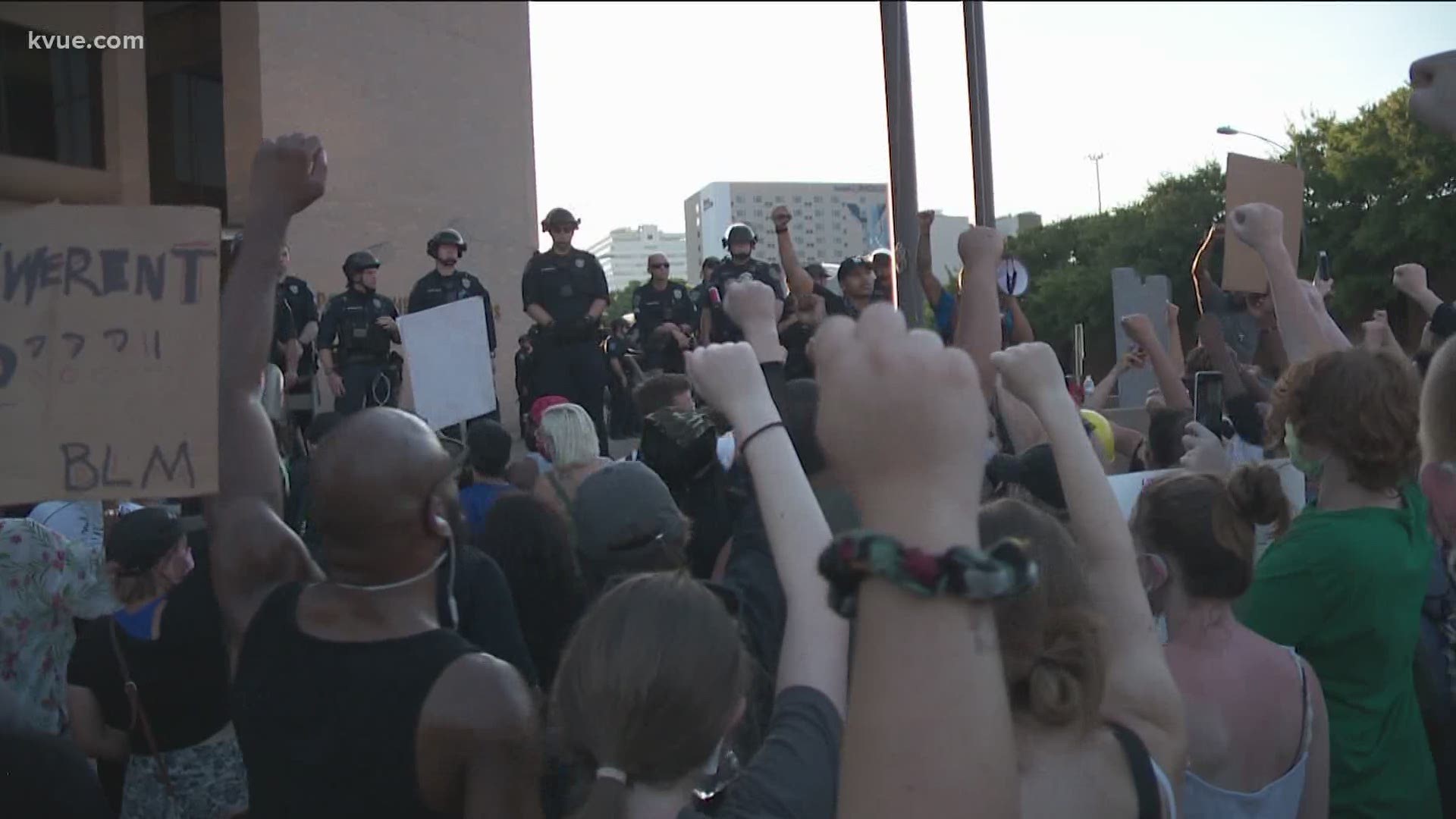 AUSTIN, Texas — Editor's note: This live blog is no longer being updated.

Protests in Austin continued for the tenth consecutive day on Sunday, June 7, standing up against racial oppression, social injustices and police brutality.

You can find the latest updates from Sunday's protests in Austin below.

7:53 p.m. – Protesters are now taking a knee and a few officers with Austin police are joining them.

7:50 p.m. – Protesters are lying on the ground in the street outside of Austin police headquarters.

7:36 p.m. – KVUE's Mike Marut says the increase in protesters has drawn out a police presence in front of APD headquarters.

6:11 p.m. – The City of Austin announced several members of Austin City Council will hold a press conference at 11:30 a.m. on Monday, June 8, to discuss upcoming actions related to police reform on the June 11 agenda."

5:53 p.m. – Austin police said it had arrested three people on Friday for outstanding warrants related to looting, burglarizing and property damage for crimes that occurred on May 31. APD also said in a tweet that no arrests were made Saturday in relation to the protests and one person was arrested early Sunday for graffiti.

4:00 p.m. – Protesters have started their march back to Huston-Tillotson, according to KVUE's Hank Cavagnaro.

3:10 p.m. - According to KVUE reporter Hank Cavagnaro, protesters have shown up to the Capitol.

2 p.m. - Brenda Ramos, the mother of a man who died after being shot by and Austin police officer, spoke to a crowd of protesters. The protesters began chanting "say his name, Mike Ramos," after she finished speaking.

Colin Powell says he plans to vote for Joe Biden