A grand jury recommended three counts of wanton endangerment for one officer involved in the case. 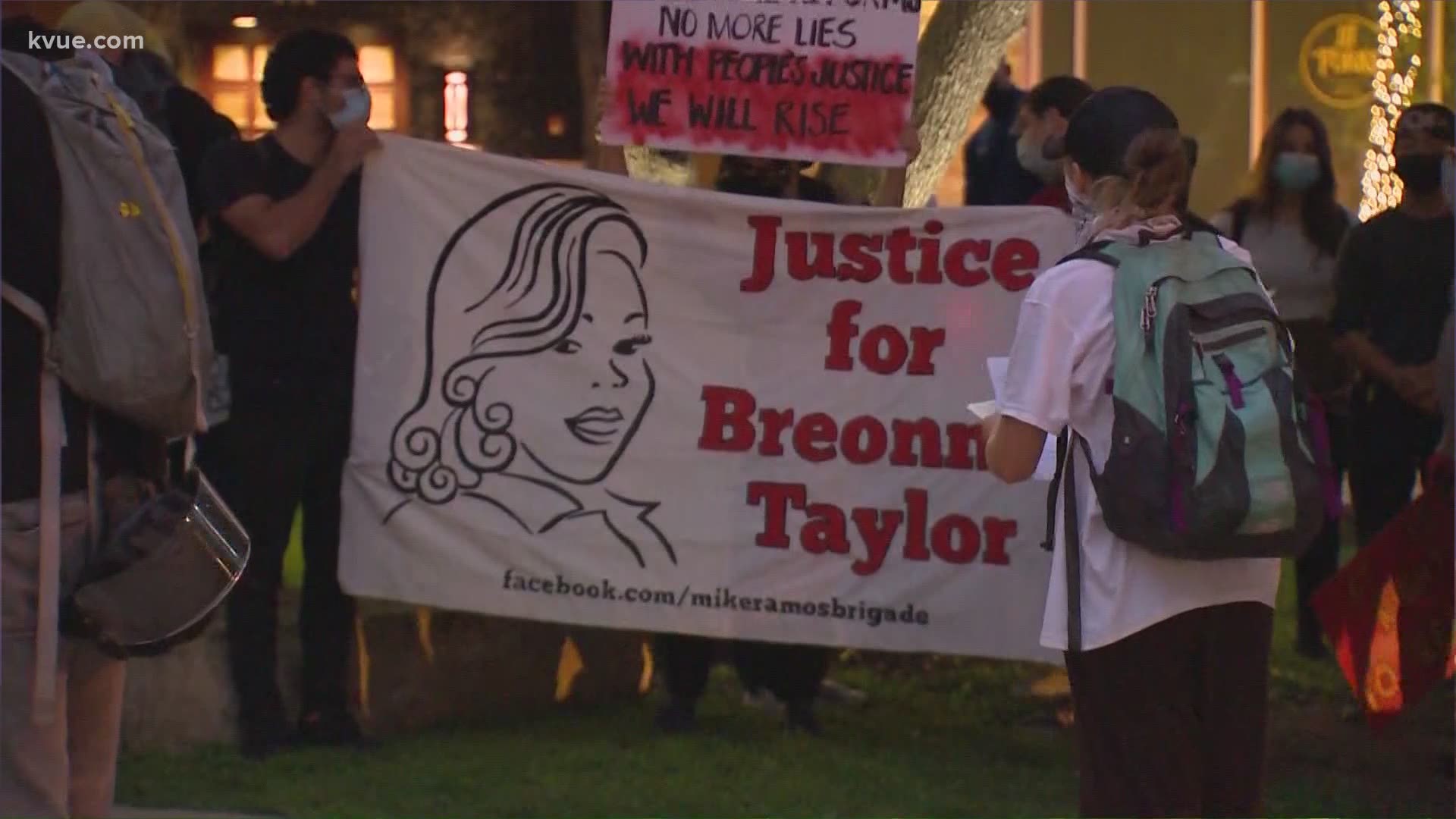 No other officers involved in the incident were indicted.

In the wake of Wednesday's decision, a protest was planned outside of Austin City Hall around 7 p.m.

Around that time, protesters began arriving, carrying signs stating things like "The system failed you Breonna Taylor. We won't forget u."

Others were chanting "Austin to Louisville, fight for Breonna Taylor."

Around 8 p.m., protesters began marching down Cesar Chavez Street and Congress Avenue. The group later made its way across Second Street with police units behind the crowd.

Warning: This is raw video from the protests and may contain strong language.

On Thursday, the APD named at least 11 people who were arrested amid the protests:

Although the protest was slated to begin at 7 p.m., police said a 12th arrest was made during the 2 p.m. hour.

Earlier on Wednesday, Austin City Councilmember Greg Casar tweeted, "#BreonnaTaylor deserved justice, and we cannot grow weary saying it over and over again. We who believe in freedom cannot rest."

KVUE also spoke with Chas Moore, founder of the Austin Justice Coalition, who said he was in support of those planning to protest in Austin.

"I hope people go out into the streets. I think we have to keep the pressure on. I think we've seen that protests in Austin have been a proponent of some change when you look at the police budget issues and some other stuff," Moore said. "You know, just be safe."