Protests sprung up again in Downtown Austin, one week after a shooting that killed protester Garrett Foster. 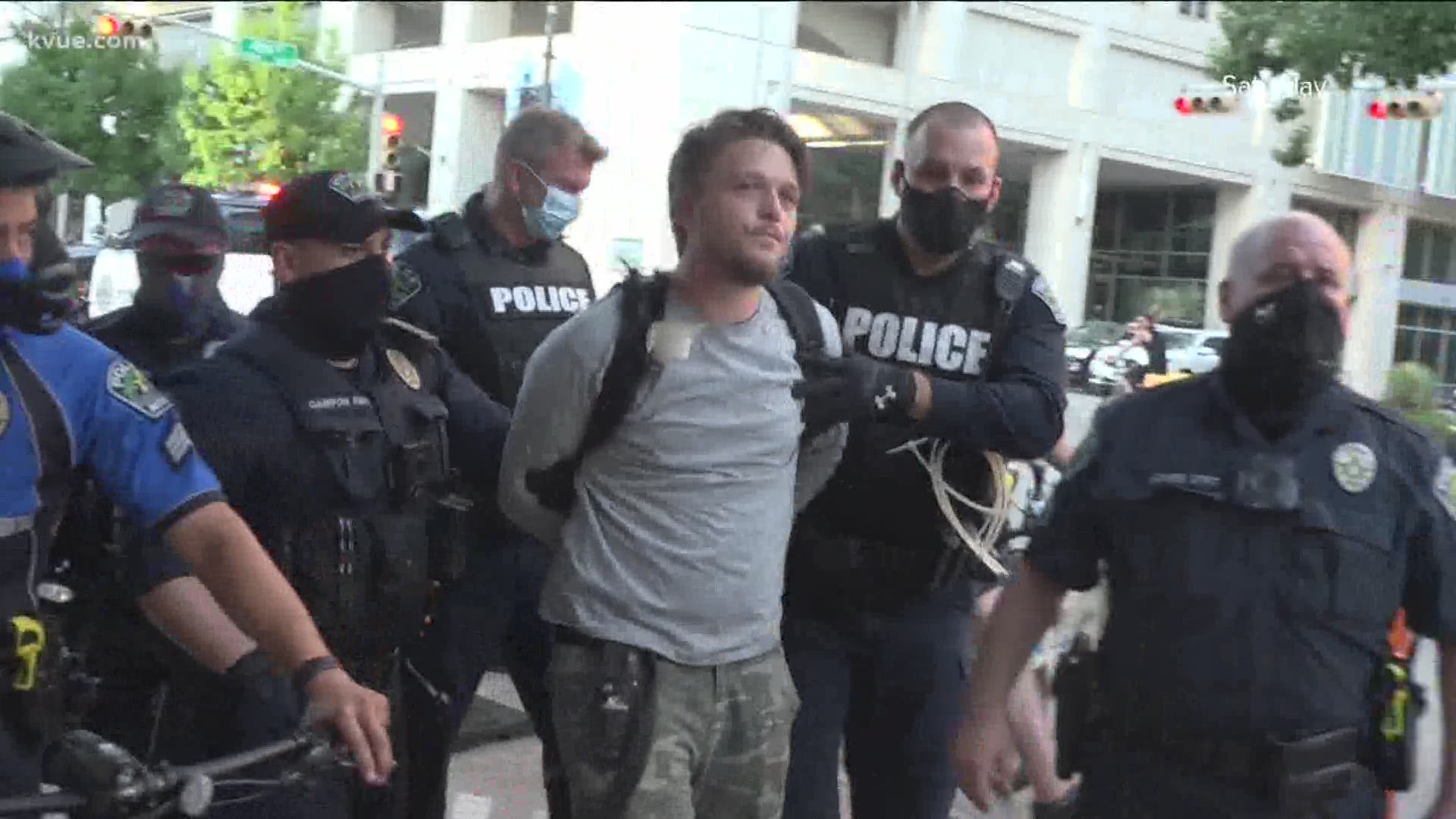 More protesters stood outside of the Travis County Jail on Sunday evening, calling for their release and justice for Garrett Foster.

This comes after several protesters took to the streets along Interstate 35, outside of Austin police headquarters, near the Capitol building and even outside the house of Austin councilmember Kathie Tovo.

On Aug. 3, Austin police released the names and mugshots of the protesters arrested over the weekend (some mugshots have yet to be released, pending approval):

The weekend's protests come one week after the death of Garrett Foster, who died after being shot by Daniel Perry, an active-duty U.S. Army sergeant who was working as a rideshare driver at the time of the shooting.

Perry's lawyer has claimed Perry was acting in self defense when he shot Foster.

Perry claims that Foster approached his car and motioned for him to roll down his window. Initially, Perry said he thought Foster was a member of law enforcement. Perry said at some point, Foster raised his weapon at him, prompting him to shoot Foster.

On Saturday night, several armed protesters were spotted outside a memorial to Foster in Downtown Austin. They told KVUE they showed up to protect people and hoped to see a peaceful protest.

Other protesters marched through Central Austin on Saturday, chanting, "APD has got to go," calling on the Austin City Council to slash funding for the police department in its upcoming budget.

The group took their message to Austin Councilmember Kathie Tovo's house after leaving the area near the University of Texas campus. They don't believe Tovo has asked for enough cuts to APD's budget.

On Friday, the Texas Department of Public Safety announced that six more people had been arrested in relation to crimes committed during protests at the Texas State Capitol on May 30 and 31. The arrests range from felony criminal mischief to riot and follow several other arrests earlier this month related to incidents at the protests.