The protest was held from 1 p.m. until 6 p.m., starting at the Texas Capitol and ending at City Hall. 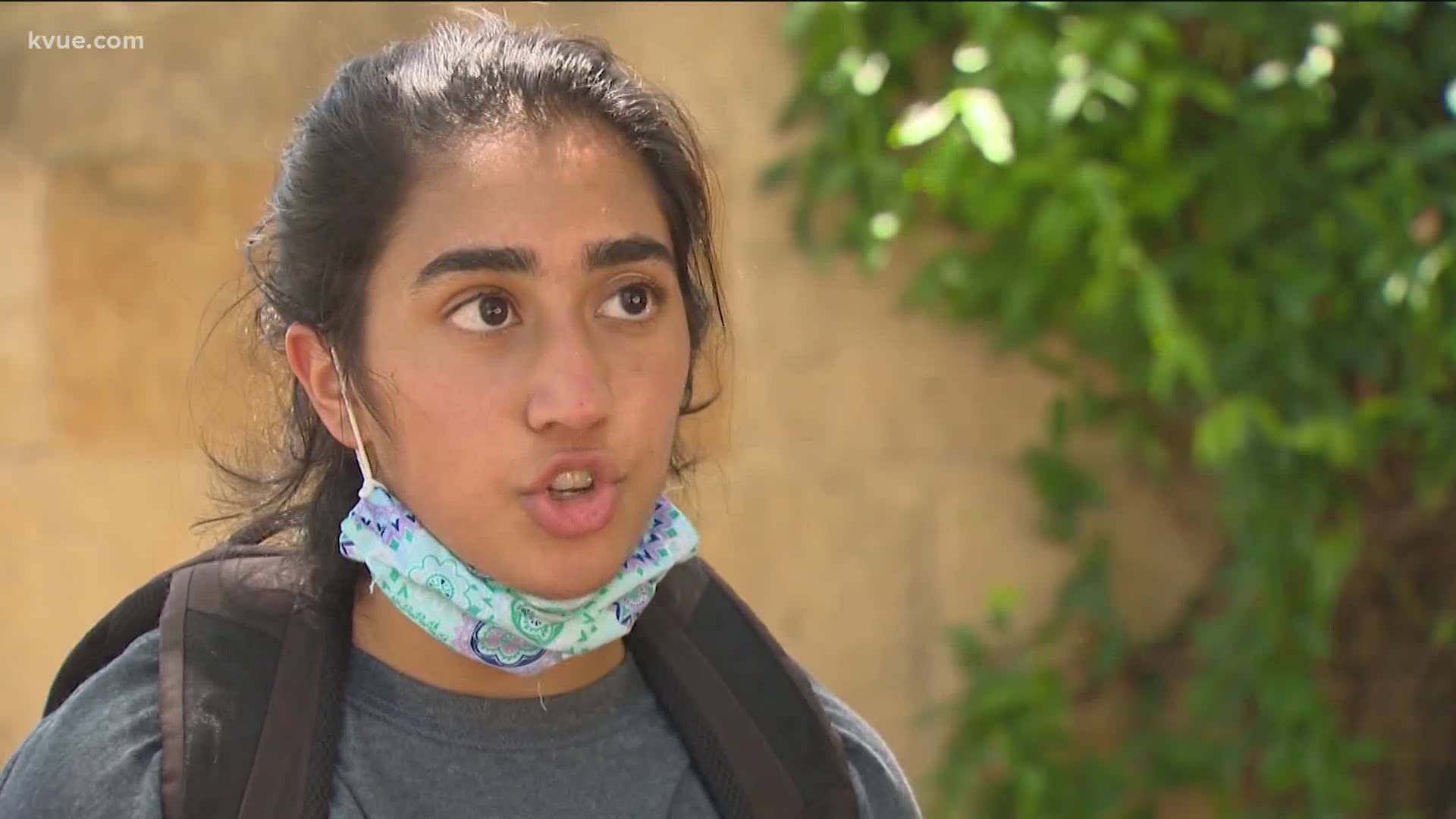 Leaders with the newly formed Austin Liberation Youth Movement (ALYM) organized the event. The group is made up of students from various high schools throughout Austin and was initiated by three local youth activists, Krupali Kumar, Kari Mackernay and Aaron Booe.

"The objective of this demonstration is to increase public pressure on local city governmental officials to defund APD and reinvest this money into restorative justice programs that will help transform and liberate Black and brown communities," the Facebook page for the protest reads. "We demand an end to the state-sanctioned violence targeting Black and brown people and an end to the for-profit run Prison Industrial Complex that capitalizes off POC."

The group's first organized event brought together a large crowd in Downtown Austin on Saturday.

"It makes sense for the leaders of our generation to determine how the future, how the outcome of our future looks like," Krupali said. "I believe that the burden lies on our generation to take the matters into our own hands to advocate for these issues. We cannot rely on politicians; we cannot rely on corporate leaders to effectuate change for us."

The protest began at 1 p.m. and continued until about 6 p.m., starting at the Texas Capitol and ending at City Hall.

Mayor Pro Tem @DGarzaforD2, who’s running for Travis County Attorney, says she would drop all charges against protesters, after one demonstrator interrupts her speech asking for an answer. pic.twitter.com/GTeNkyGnBC

Mayor Pro Tem Delia Garza spoke to the crowd at the Capitol, encouraging them to social distance and wear a mask while protesting. She also shared background on racism in Austin's past.

One of the main messages of Saturday's protest was to defund the police department. The group also pushed for removing police from schools, demilitarizing communities and getting rid of laws they said "criminalize survival."

On June 11, city councilmembers unanimously passed a resolution that took aim at APD's budget and would ban adding officers and eliminate the sworn positions that APD can’t reasonably fill this year or next. It also directed City Manager Spencer Cronk to not include any additional funding for militarized equipment in the upcoming budget.

Cronk is set to present a budget proposal to city councilmembers on Monday. The 2019-2020 APD budget was more than $434 million.

Garza told KVUE she's seen a preview of the upcoming fiscal year's budget and isn't in support of it, since funds from APD appear to be being reallocated within the department.

"I'm not happy with very minimal cuts that have been made to APD," Garza said, "and some of those cuts include actually cutting it out but then putting it back in. And so I am looking for a much more significant investment in housing and mental health and public health and, unless I see that, I can't vote yes on this budget."

At City Hall, Austin Justice Coalition founder Chas Moore, ALYM organizers and others spoke to the crowd on Saturday.

A memorial was also held at City Hall. Attendees were encouraged to bring items such as flowers, candles and stuffed animals to pay respects to "the countless victims of police brutality," according to the event page.

Gov. Abbott: Lack of masks, spike in COVID-19 could lead to 'necessity of closing Texas down'