Demonstrators were concerned about Hiram Gilberto Garcia's arrest, which happened while he was livestreaming a protest on his Facebook page. 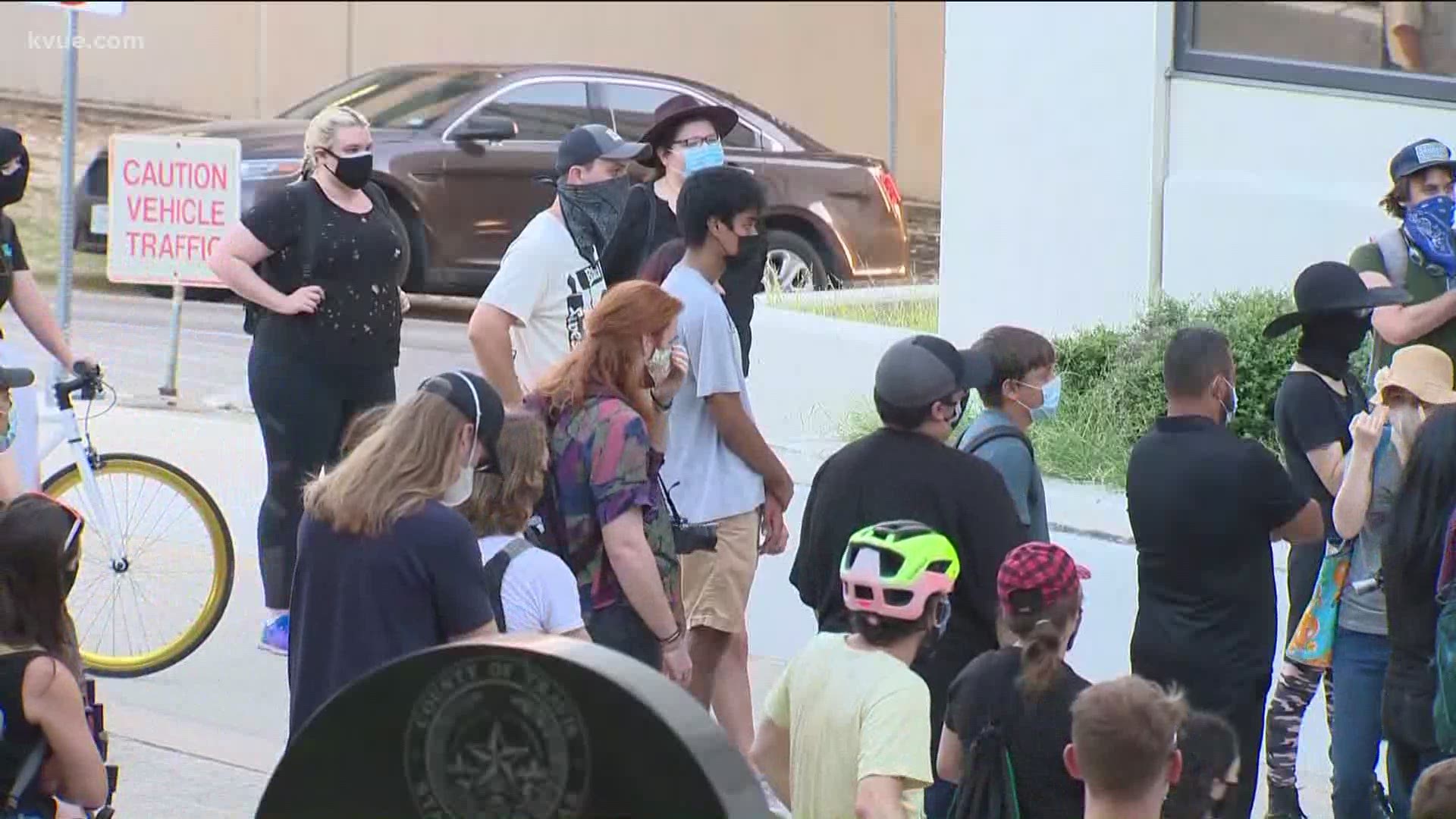 AUSTIN, Texas — Police brutality protests continued in Austin on Saturday night, but instead of at Austin police headquarters, outside of the Travis County Jail.

Several demonstrators said they were outside the jail protesting the arrests of other people, which they believed to be unjustified.

Demonstrators were concerned about his arrest, which happened while he was live-streaming a protest on his Facebook page.

According to Garcia's page, he is a journalist who brings viewers "raw, unedited footage of our history in the making."

Protesters told KVUE Garcia has spent the past several weeks sharing live streams of the protests and always in a peaceful way.

"Hiram was targeted because Hiram is a threat to their other agenda of saying everything is peaceful and the cops are doing nothing wrong. Hiram is getting live footage everywhere of cops doing bad things and he's got a huge following," said Taye Johnson, a protester who has spent dozens of days calling for change on the streets of Austin.

Videos of Garcia being arrested surfaced on social media, showing police officers taking him to the ground and punching him.

According to Travis County Jail records, Garcia is being held on charges of interfering with public duties and resisting arrest.

A post on Garcia's page said he doesn't want to be the story but rather cover it as it happens.

KVUE has reached out to the Austin Police Department to learn more about the circumstances surrounding Garcia's arrest.