For almost 100 years, the I-35 corridor – and the roadways it replaced – represented a very real racial divide in Austin. 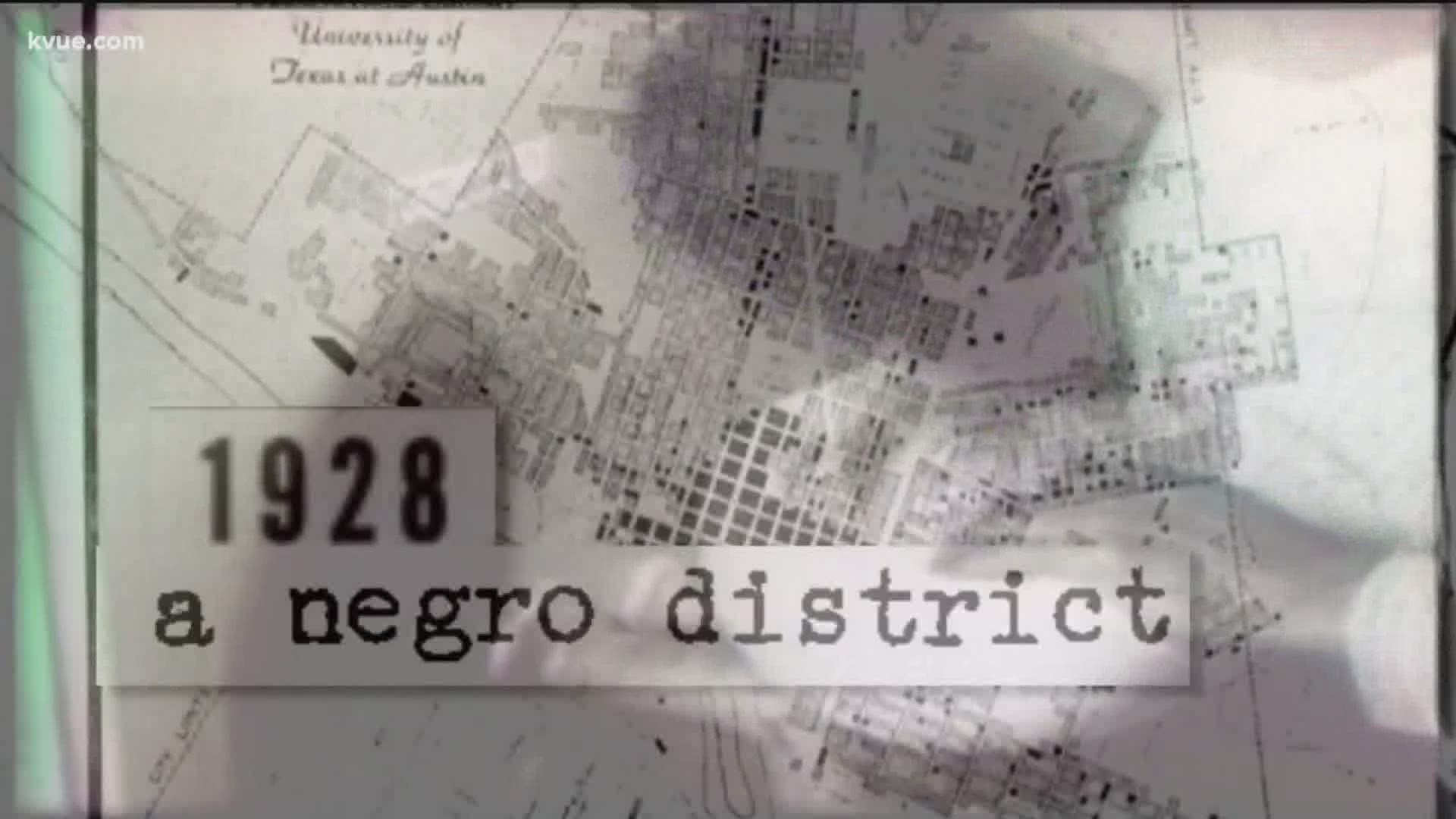 AUSTIN, Texas — Throughout the Justice for George Floyd and Michael Ramos protests, marchers took to Interstate 35 to make their voices heard.

It's not the first time people have used I-35 during a protest, but this week it makes a significant statement.

"It's just a monolith that says, 'Look, this east is black because we were put here by the decree of 1928; the rest is white,'" Nelson Linder, president of Austin's NAACP branch, said.

Protesters first took to the highway on Saturday, marching down the southbound lanes. The effort blocked traffic, but aimed to remind everyone of the racial divide between East Austin and downtown.

"You went to the very line here that created, in many ways, what you're seeing today – the police brutality, the racism in our school system and housing, it covers everything," Linder said.

The racial divide is a result of the City Plan of 1928. It effectively divided the city by placing black people into neighborhoods east of what is now I-35. Still today, you can see the differences driving down the freeway.

The protesters looked out over Austin Police Department headquarters, chanting "no justice, no peace" and "say his name, George Floyd" repeatedly from the higher vantage point. At first, officers went up on the deck to peacefully guide protesters back down. In later standoffs on the highway, police were much less lax.

Police fired beanbag rounds and tear gas at marchers on I-35, then stood guard over the overpass above Eighth Street as the night carried on. Since Sunday, marchers have been more hesitant to get on top of the bridge.

Linder said he has seen people protest on the interstate before, but usually for local issues and never to this scale.

"Going there says, 'We're going to change this city, one way or another,'" Linder said.

That may be the case, according to Mayor Steve Adler on Twitter.

I-35 plays a significant role in the Justice for George Floyd protests, as the highway travels all the way up to Minneapolis, Minn., where Floyd was killed last month.