A group of people gathered outside of Blue Cat Cafe in East Austin Sunday to protest gentrification in that part of the city. This comes after an East Austin mural was spray painted Saturday with phrases such as, 'Take back our town' and 'Gentrifiers out of East Austin.' 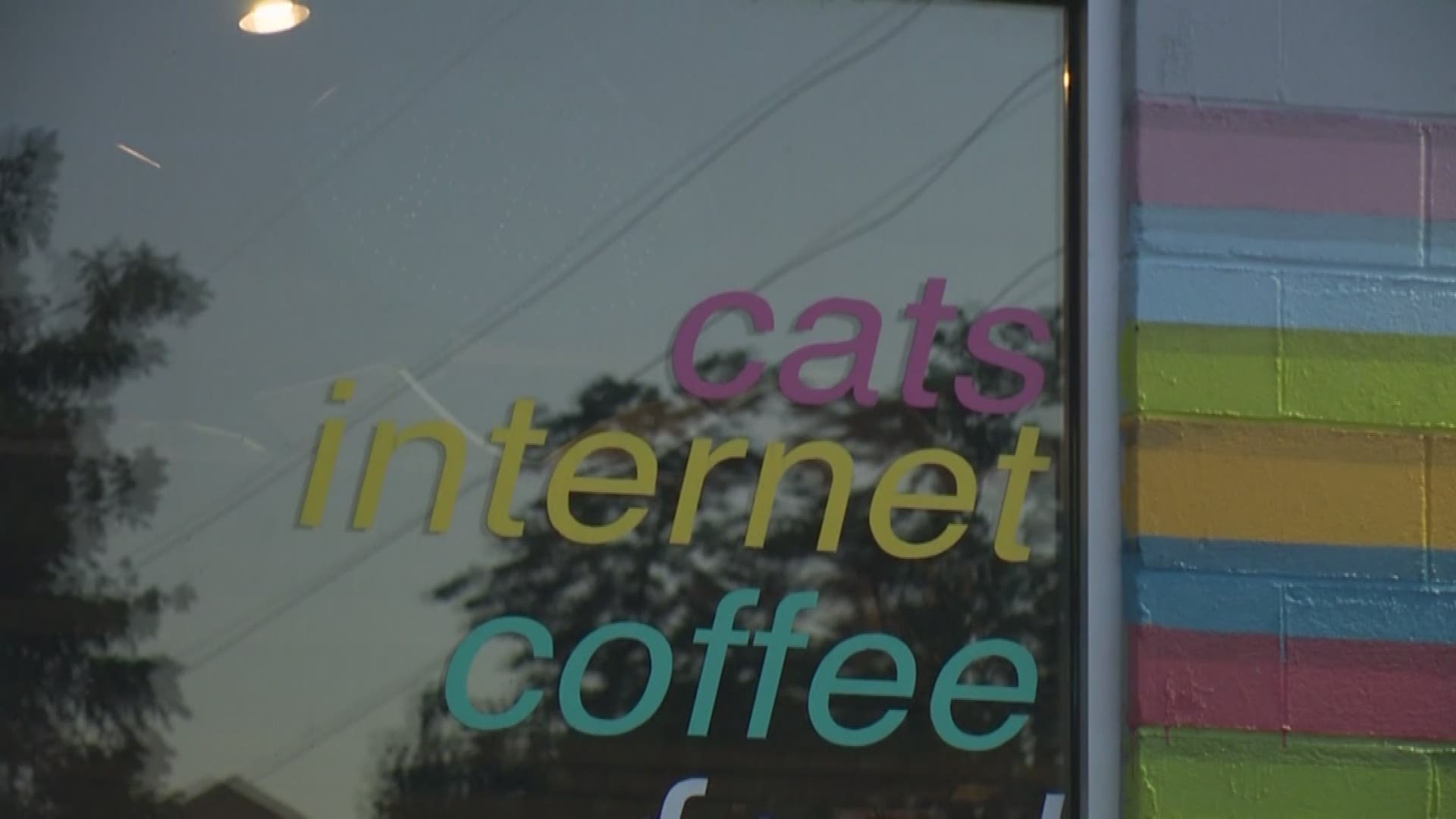 On Sunday, a group of people protested the filming of a television show at the East Austin business, "Blue Cat Cafe," which has been considered a symbol of the gentrification in that part of the city.

According to KVUE's news partners at the Austin American-Statesman, officers used a stun gun on one of the protesters.

Here's the immediate aftermath of the tasing - apologies for the sideways frame pic.twitter.com/wymXkRK45o

According to a reporter with the Statesman, the protesters eventually walked off and shouted, "We'll be back."

A Facebook event page created for the protest states neighbors gathered at the cafe to protest the Comedy Central filming due to the fact that it would disrupt the day and "continue to legtimitze Blue Cat Cafe, Landlords Jordan French and Darius Fisher, and contribute to the erasure of the demolition of Jumpolin."

Blue Cat Cafe sits where Jumpolin pinata store was before it was demolished in 2015. The demolition sparked unrest in the neighborhood, with many residents there claiming the cafe is just another step in gentrification for the area.

The Blue Cat Cafe has been in business for almost two years and in that time the owners says shes dealt with constant harassment, vandalism, death threats and even a dead cat that was thrown on the property.

She says the protest was similar and that the group "Defend Our Hoods" made their way up to the Blue Cat Cafe to protest because they were upset the Comedy Central pilot was being filmed at a business that opened in the same lot of a piñata shop which was demolished in 2015 after operating for eight years. This is because they're against gentrification.

The owner said she wants people to know she had nothing to do with that and that it was actually the landlord who made the decision to demolish the piñata shop. In fact, she didn't even have any backing for her business when this was being done, let alone knowing where it would stand.

She said they were trying to do something positive by creating a cat cafe which has had over ‪300 cat‬ adoptions. It's is incredibly upsetting to her to see what's happening. Her employees feel the same way.

"We work here because we like it," Blue Cat Cafe employee Victor Boylan said. "We enjoy it, we enjoy the cats, so having this cloud hanging over our head is just very uncomfortable and it's scary."

KVUE reached out to the Defend Our Hoods Group but have not heard back.

This protest comes after a mural in East Austin was spray painted with several strong messages about gentrification on Saturday. Erin Jones spotted spray painted phrases such as "Take back our town" and "Gentrifiers out of East Austin" on a building located at 12th and Chicon streets.

After 12th & Chicon mural painted over a few weeks ago, another across the street has been graffitied @KVUE pic.twitter.com/FS1uOfK0sU

In May, a beloved mural which featured artists such as James Brown, Michael Jackson and Stevie Ray Vaughan, was painted over. This drew a storm of criticism on social media.