The protests happened days after Gov. Abbott announced he plans to issue an executive order to slowly reopen businesses. 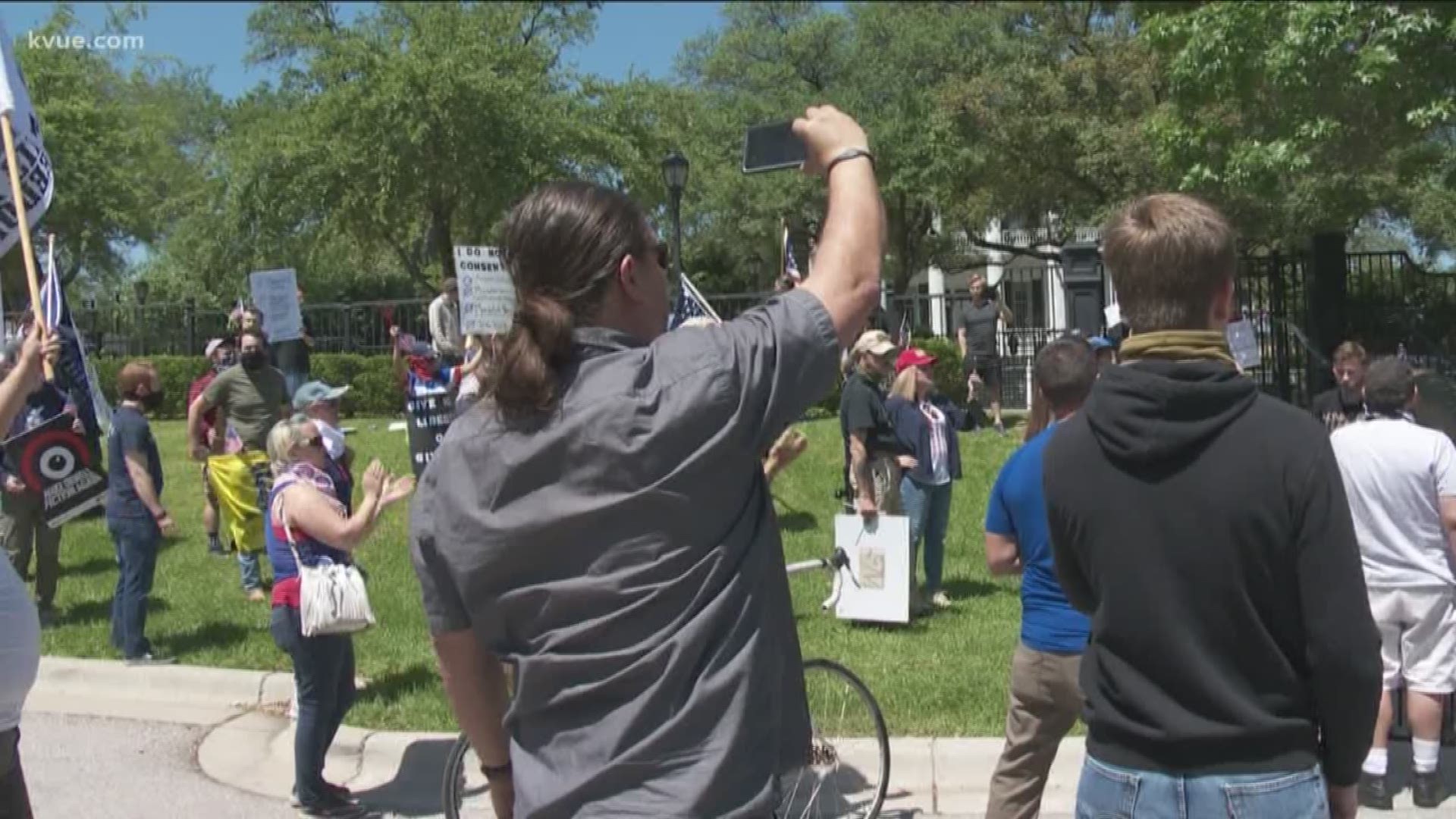 AUSTIN, Texas — A group of protesters gathered outside the Texas State Capitol and the Governor's Mansion Thursday afternoon to put pressure on Gov. Greg Abbott to reopen the state's economy amid the COVID-19 pandemic.

On March 31, Gov. Abbott issued an executive order allowing Texans to engage in only essential services until April 30, to promote social distancing and stop the spread of the coronavirus in Texas.

The order requires Texans to only leave home for essential work or to access essential services, such as going to the grocery store or exercising.

The governor's statewide order followed local stay-home orders in Austin and Travis County, for example, which were issued on March 24.

More than 1 million people have filed for unemployment in Texas since the crisis began, according to Gov. Abbott.

"The overall message from folks today was that we need to get folks back to work. We think Gov. Abbott has good instincts. We think he wants to get back to work. We're asking him not to be pressured by Washington and other liberal governors," protester Justin Greiss said. "We need to lead as Texas. Texas is a state that always led, and it's time, now more than ever, Gov. Abbott."

At a press conference on April 10, he mentioned he plans to issue another executive order to reopen Texas businesses but did not provide any additional details about the order. The order could come as soon as Friday, however.