The protesters are upset with the way Mayor Adler and other council members are handling the homeless and land development code issues. 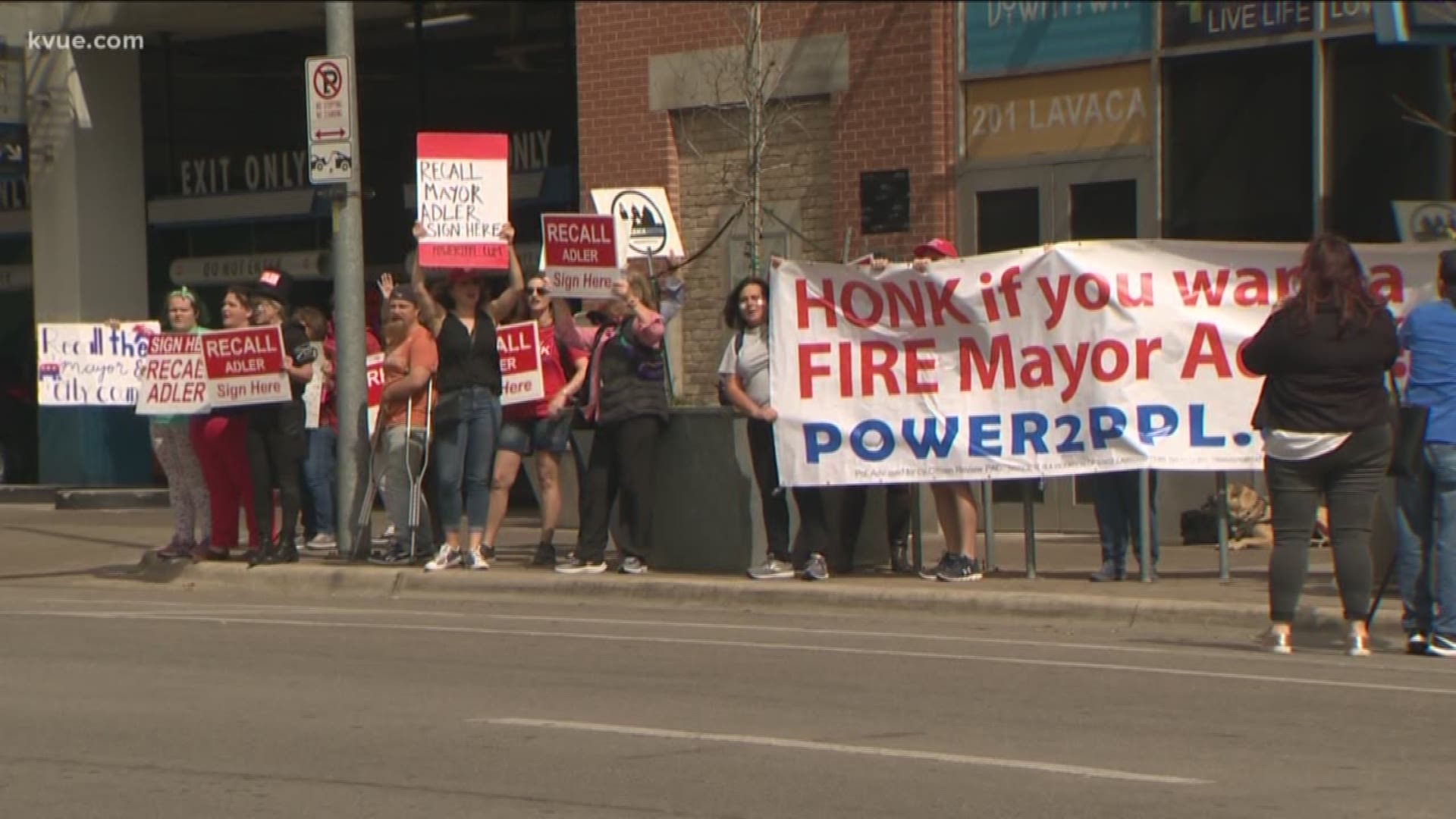 AUSTIN, Texas — A local group is calling on Austin Mayor Steve Adler and a handful of Austin City Council members to resign.

Take Back Austin held a protest outside of the W Hotel in Downtown Austin Sunday afternoon. The protesters said they're upset with how the mayor and five city council members are handling Austin's homeless crisis and the land development code.

Group members are hoping they can get enough signatures to either force the mayor and council members to resign or hold a recall election.

"If I was in front of the city council right now, I would tell them how angry the people in the community are about the poor choices they're making for our city," said Take Back Austin member Mackenzie Kelly.

Some of the signs protesters were holding at the rally said, "honk if you wanna fire Mayor Adler," and "recall Adler."

Mayor Adler has not yet responded to the protesters or their demands.

Twitter CEO no longer speaking at SXSW as coronavirus spreads