Protesters chanted 'stop the pipeline, save the planet' outside of Railroad Commissioner Christi Craddock's home. 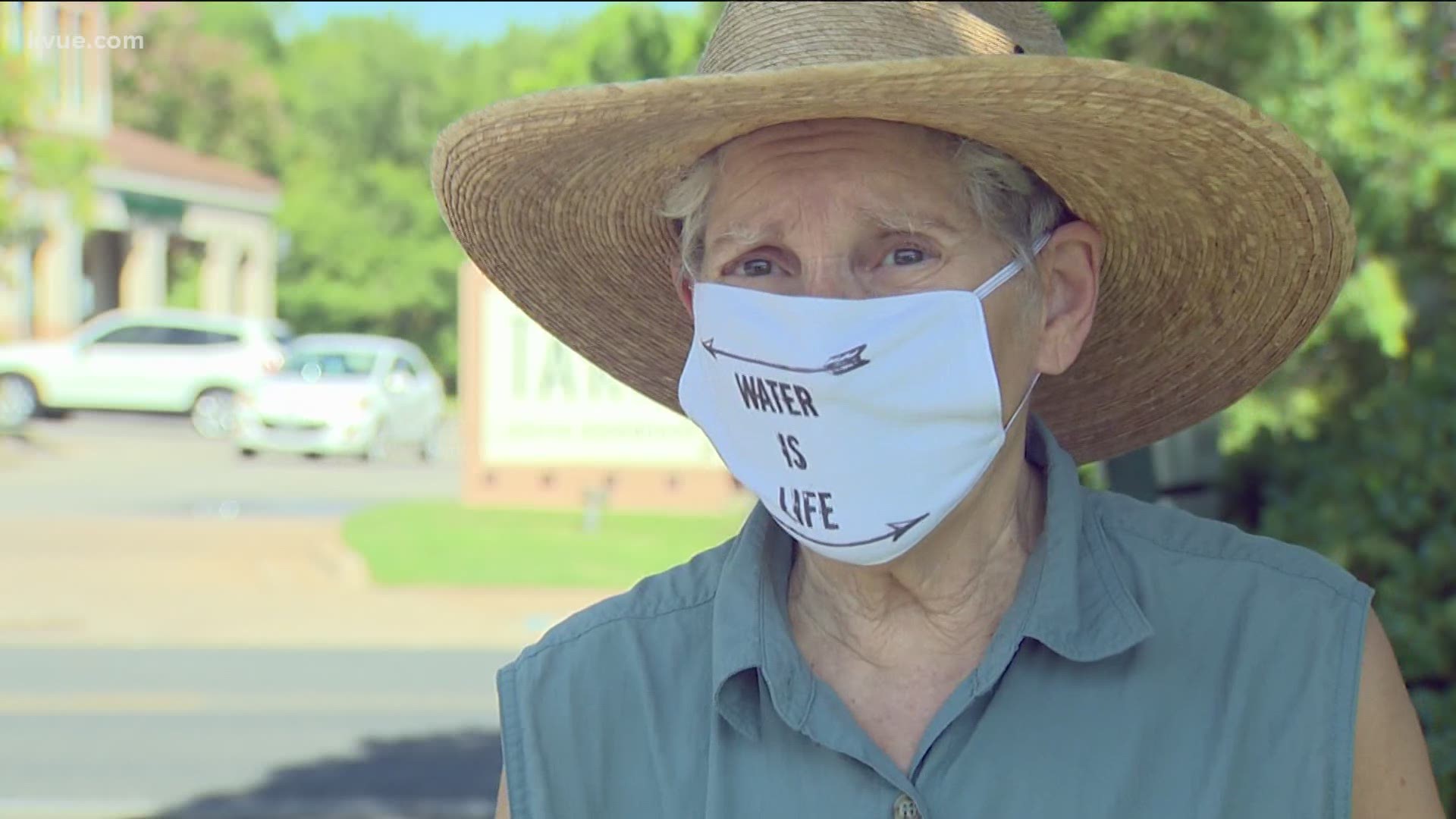 AUSTIN, Texas — On Saturday, protesters called for the Railroad Commission of Texas to stop the construction of the Permian Highway Pipeline.

Committee Against the Pipeline, Extinction Rebellion Austin and other supporters drove around Texas Railroad Commissioner Christi Craddock's Tarrytown home, blowing the horn and chanting, "Stop the pipeline, save the planet."

"That is a huge threat to our climate, a threat to the drinking water of millions of Texans and an unacceptable threat to land," said protester Chris Kennedy.

The 430-mile natural gas pipeline is a project of Kinder Morgan. It is expected to run from West Texas to near the Gulf Coast.

A portion runs south of Travis County through the Edwards and Trinity aquifers, which is where Puerly Gates gets her drinking water.

"I have a well on my property that is my sole source of water," explained Gates. "The pipeline runs just in front of the entrance to my subdivision."

Gates fears the pipeline could burst or leak and contaminate her drinking water.

"There is this slurry of carcinogenic chemicals that are going to go in the ground," said Gates. "There's no mopping it; there's no containing it and it could be contaminated for decades, if not forever."

In March, Permian Highway Pipeline workers made a construction error that caused 36,000 gallons of a drilling fluid – identified by TESPA as AMC Gel – to enter a Blanco County aquifer in March, contaminating the drinking water of several residents.

"We're asking her to put people over profit for a change," said Kennedy. "We are demanding her to immediately prepare for a just and equitable transition away from fossil fuels and towards community-controlled clean energy and respect for indigenous sovereignty."

"While we appreciate and support the right to peacefully protest, Kinder Morgan is committed to the continued safe construction of this vital energy infrastructure project."