The stadium and soccer park, which will cost $225 million to build on a city-owned 24-acre land site in North Austin, will be fully funded by PSV, according to a news release. 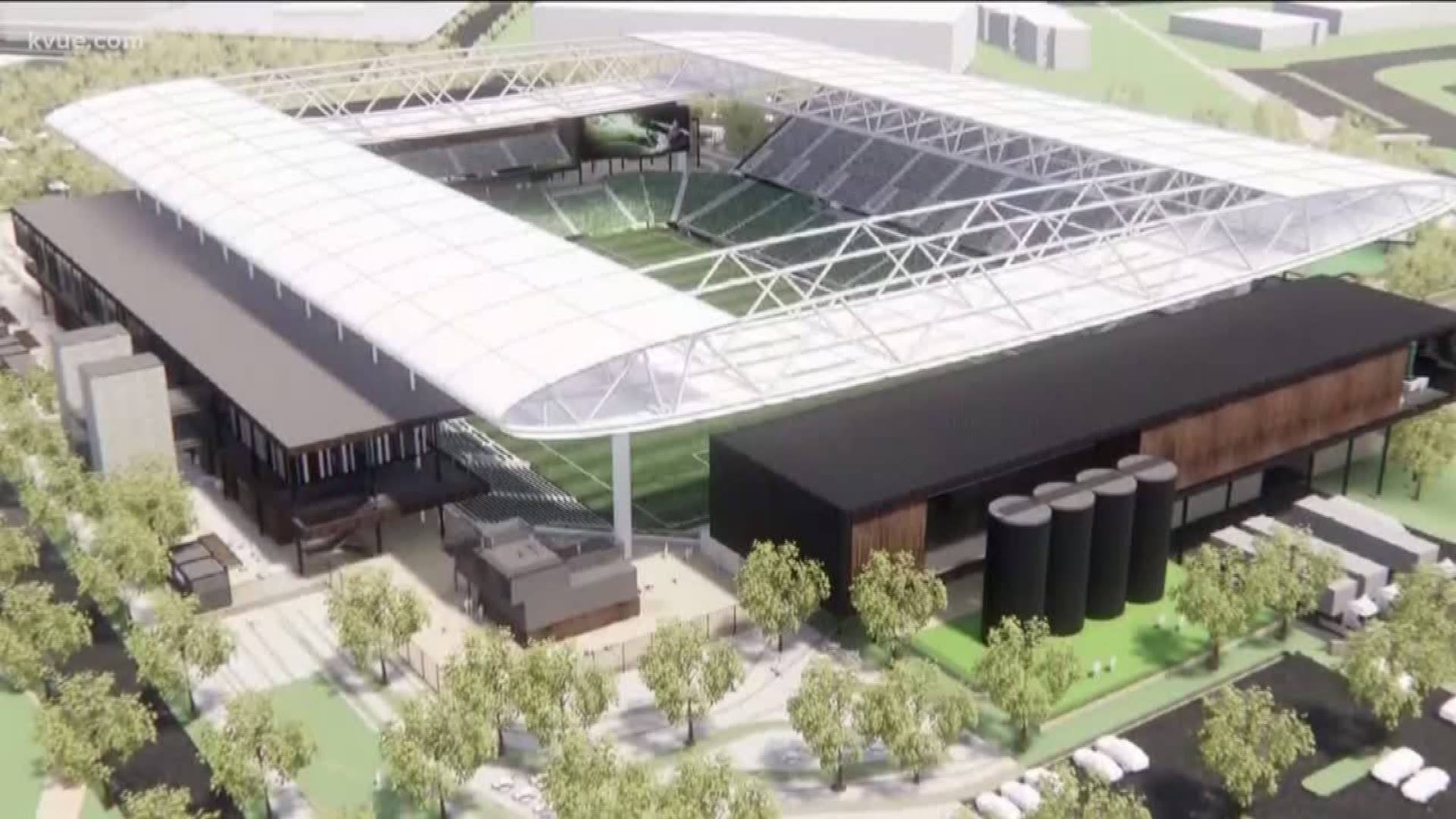 AUSTIN — Plans for a Major League Soccer stadium in Austin moved a step forward Wednesday morning after Precourt Sports Ventures and the city announced they've finalized their partnership to break ground on the more than 20,000 seat capacity stadium in 2019.

The stadium and soccer park, which will cost $225 million to build on a city-owned 24-acre land site in North Austin, will be fully funded by PSV, according to a news release. It's scheduled to open in the spring of 2021 and be the home of the Austin FC soccer club.

Another McKalla Place proposal submitted to Austin and no, it's not for a MLS soccer stadium

The announcement comes after months of negotiations between the city and PSV to build the stadium at McKalla Place near The Domain, which has been vacant for over 25 years.

“This agreement solidifies our partnership to bring Major League Soccer to Austin,” said Mayor Pro Tem Kathie Tovo, who sponsored the resolutions to pursue this opportunity. “Along with a professional sports franchise, PSV will also bring youth soccer programs, discounted and free tickets, and numerous other community benefits that will enrich our city for years to come.”

People who live around the stadium site had two main concerns: affordability and traffic.

On the traffic front, PSV leaders said they're providing solutions.

"We're thrilled that as part of our commitment to the City of Austin, we're making a contribution of $3.6 million to CapMetro," said President of PSV Dave Greeley. Part of that will go immediately for bus stops in the McKalla Place area. Then the other $3 million will be determined."

As for affordability, PSV insists the redevelopment won't cause higher taxes.

PSV said over the course of the company's initial 20-year lease term with the City of Austin, taxpayers won't be impacted by the redevelopment and the city won't lose ownership of the land and stadium. The city also won't be responsible for unexpected costs. PSV is expected to pay more than half a million dollars in annual rent payment to the city in addition to capital reserve fund contributions.

Along with bringing MLS to Austin, PSV said they hope to use the stadium and soccer team to invest in youth soccer programs, nonprofit groups and affordable housing. The company said they will directly contribute $4 million to Foundation Communities to build affordable housing at McKalla Place and nearly $7 million to support youth soccer programs, clinics, camps, scholarships, equipment and gear donations.