Wednesday, the City of Austin and Precourt Sports Ventures finalized a deal to build a multi-million-dollar soccer stadium in North Austin. Here's a look at the deal in its entirety. 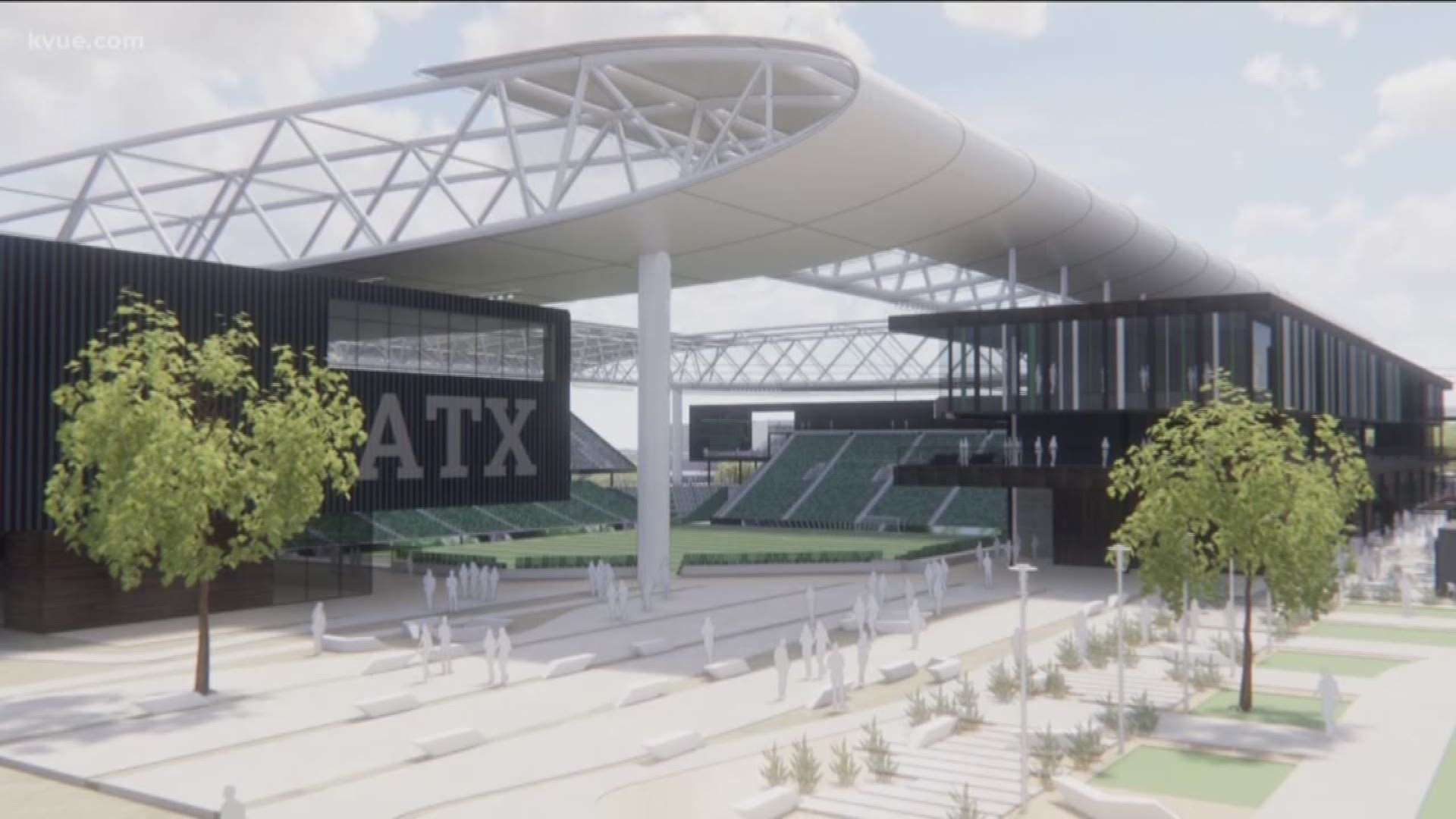 Wednesday, the City of Austin and Precourt Sports Ventures finalized a deal to build a multi-million-dollar soccer stadium in North Austin.

The agreement, which is approximately 190 pages long, outlines McKalla Place, which is where the MLS stadium will be built.

In 2019, PSV will build its 20,000-seat soccer park and stadium for its MLS expansion team -- Austin FC. It will cost roughly $225 million and PSV will pay for every single dollar.

KVUE's Pattrik Perez looked through some of the agreement's key points including transportation, parking and what the city will eventually get out of this deal.

According to the agreement, PSV must agree to build bus and transit facilities Capitol Metro thinks will be beneficial. They must also work together to find the funding for a new metrorail station near the stadium.

As for parking, PSV will build at least 1,000 parking spots, but it will work to find off-site parking and promote shuttle services to get around.

In several years, PSV will begin paying the City of Austin more than $500,000 to rent the space.

PSV must submit the stadium plan to the city not later than March of 2019.