What two Hays County parents thought was a headache turned out to be an aggressive brain tumor. Now the family is relying on faith for a cure. 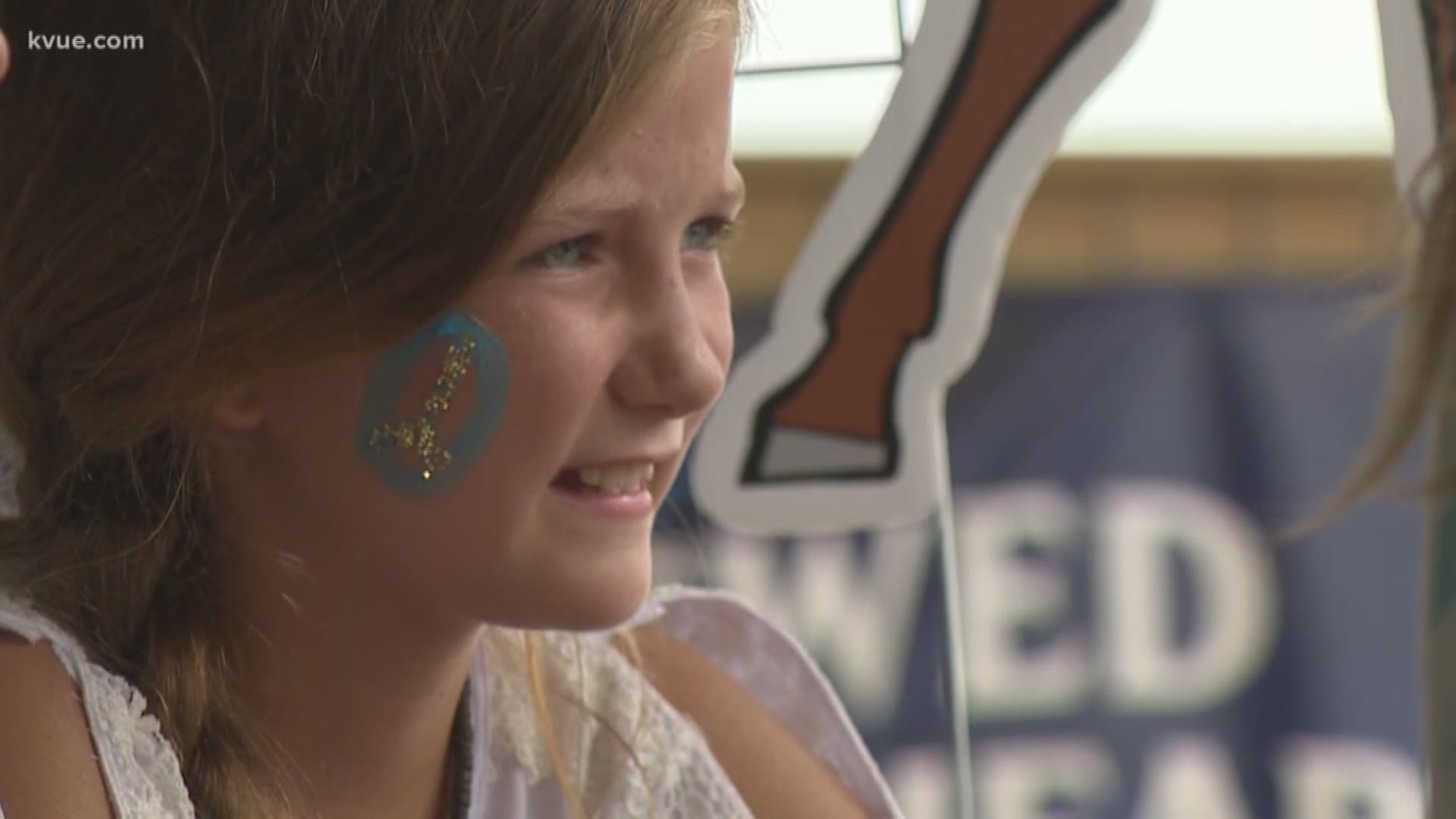 BUDA, Texas — Hundreds of Buda community members rallied behind a young girl who was recently diagnosed with an inoperable brain tumor.

Her name is Roxli Doss. From the outside, she looks like an average 10-year-old who loves to spend time with friends.

But it’s what’s going on inside that’s bringing her parents to tears. A couple months ago, Scott and Gena Doss thought their child was dealing with a slight headache, but soon learned from doctors it was a brain tumor.

Roxli has been diagnosed with Diffuse Intrinsic Pontine Glioma (DIPG), a very aggressive brain tumor and there’s no cure.

“It was in early June Rox started having headaches and the headaches developed into nausea and she even had double vision,” said Scott.

Scott and Gena took Roxli to see several doctors. That’s when a neurologist told them she had DIPG.

According to the Saint Jude Children’s Research Hospital, it’s a brain tumor that can control your “breathing, heart rate and the nerves and muscles that help us see, hear, walk, talk and eat.”

“It was very bad,” said Scott. “It was the worst news we could have had.”

On Sunday, hundreds of Buda community members rallied behind the Doss family in their darkest hours.

“People are coming here for a little girl they don’t even know and just supporting and giving love to this family,” said Heather Arnold, a family friend.

“It’s a great feeling because when something like this happens to you, in the very beginning we felt so alone, but it didn’t take very long for us to realize that we’re not alone in this,” said Scott.

From a live auction to live music, the goal of the benefit at Buck’s Backyard was to help the family with current and future medical expenses.

Though doctors said the tumor is inoperable, the family is still praying for the best.

“The doctors guide us, but really the true guidance that we’re looking for is from God because that’s who we need our help from right now, and we’re really just praying for a miracle,” said Scott.

If you'd like to donate and help with medical costs, the family has a GoFundMe page. To help with DIPG research, you can donate here.