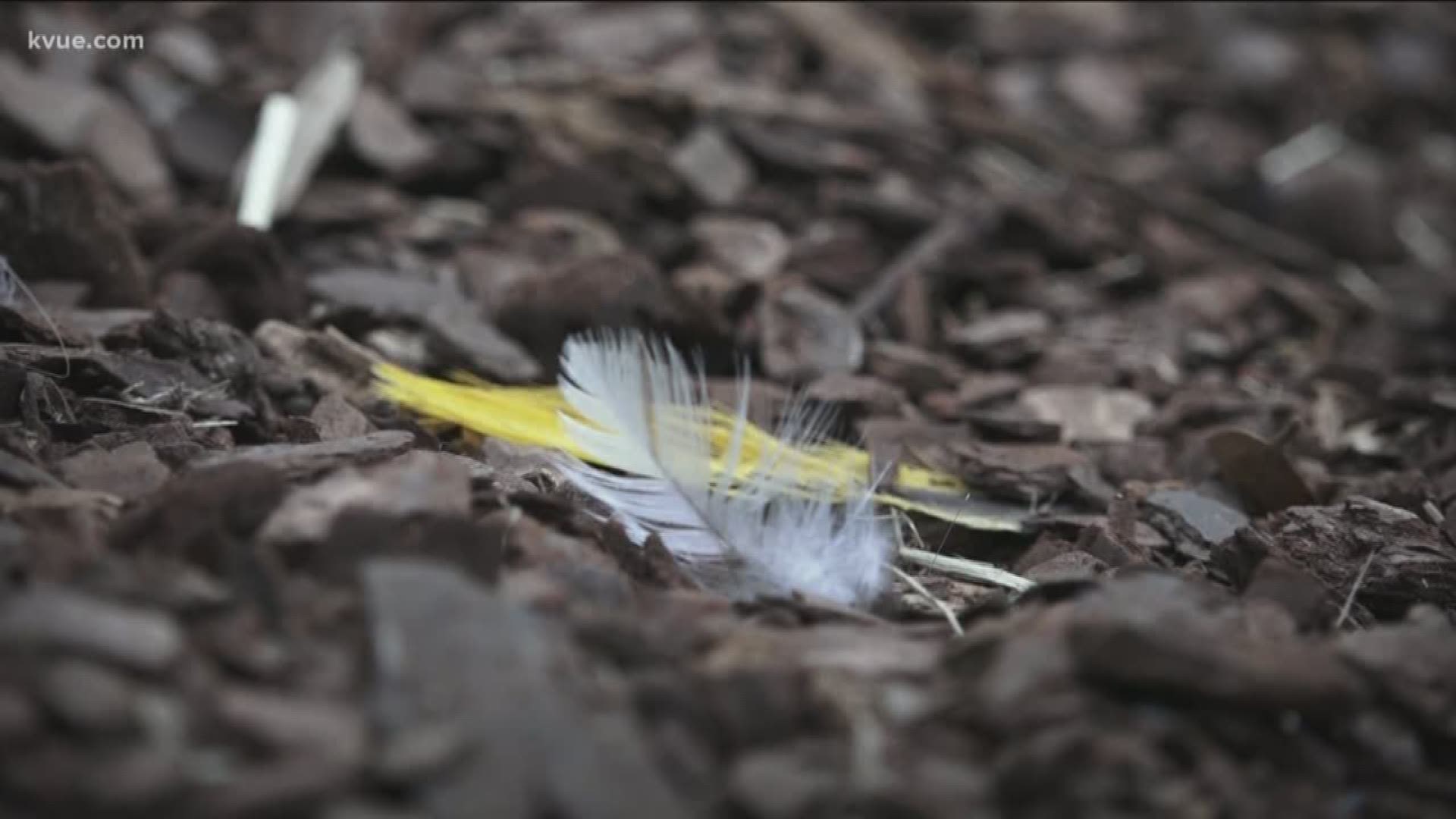 SAN MARCOS, Texas — Police have released photos of a car after someone reportedly "bird-napped" a Central Texas prized parrot.

"Someone just taking her away breaks my heart," said fifth-grade student Walker Williams, who helped take care of Suzy.

Colorful feathers of bright blue and gold are the only things left behind from a missing macaw.

"It makes me really sad and angry for the person who did this," he said.

According to Wonder World Cave and Park in San Marcos, someone stole Suzy from her cage Saturday night between 11 p.m. and midnight.

The park shared photos of her cage that was left broken and empty and they're asking for the public's help finding her.

On Wednesday San Marcos police released pictures of a car they say was caught on camera driving through the park prior to the incident.

"She's been in our life for more than 20 years," said Kristin Williams, caretaker at Wonder World Park. "She spent her life here and has been a huge symbol for the park."

With all the publicity the vanished bird is getting, Suzy is bound to be found.

"I know she's a feisty girl and I know she's giving them a hard time," Williams said. "I hope she does and I hope she returns because we want her back."

Grains of food have been left outside her empty cage in hopes Suzy comes back home.

RELATED: Parrot who swears too much spends all day ordering stuff on Amazon Alexa