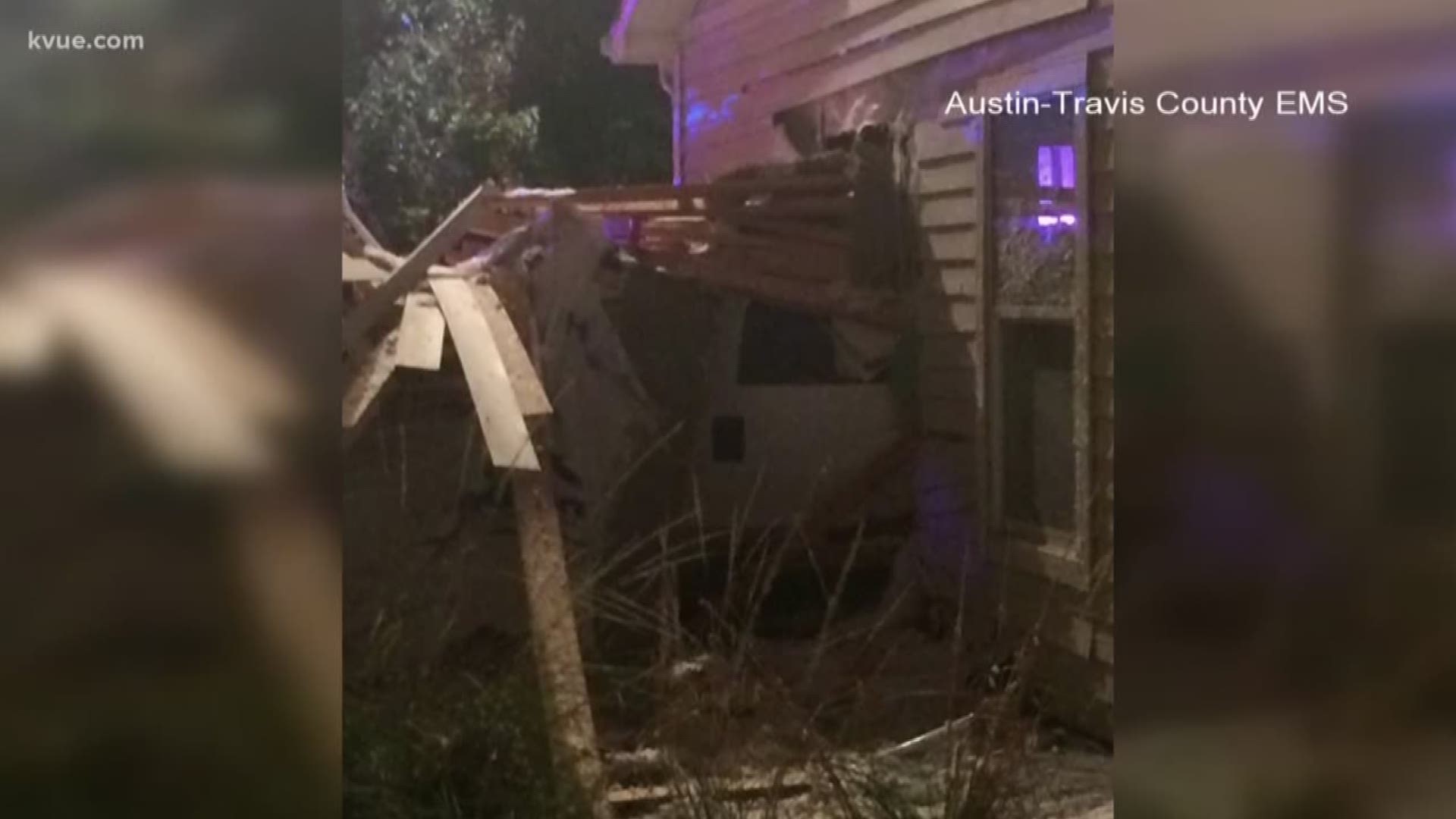 AUSTIN — Four people will be looking for a place to stay after a driver crashed a stolen vehicle into two homes overnight, according to Austin police.

It happened near the intersection of Pleasant Valley and Webberville Road just before 11 p.m. Police said a car went off the road, into one house, and then through another.

An official with Austin-Travis County EMS said one man had a medical complaint - but he refused to be taken to the hospital. They believe he was inside one of the homes.

Austin firefighters said the driver took off after the crash. The driver of the stolen vehicle has not been taken into custody nor been identified. Police are investigating.