The incident occurred in the Bowie Street area of Downtown Austin. 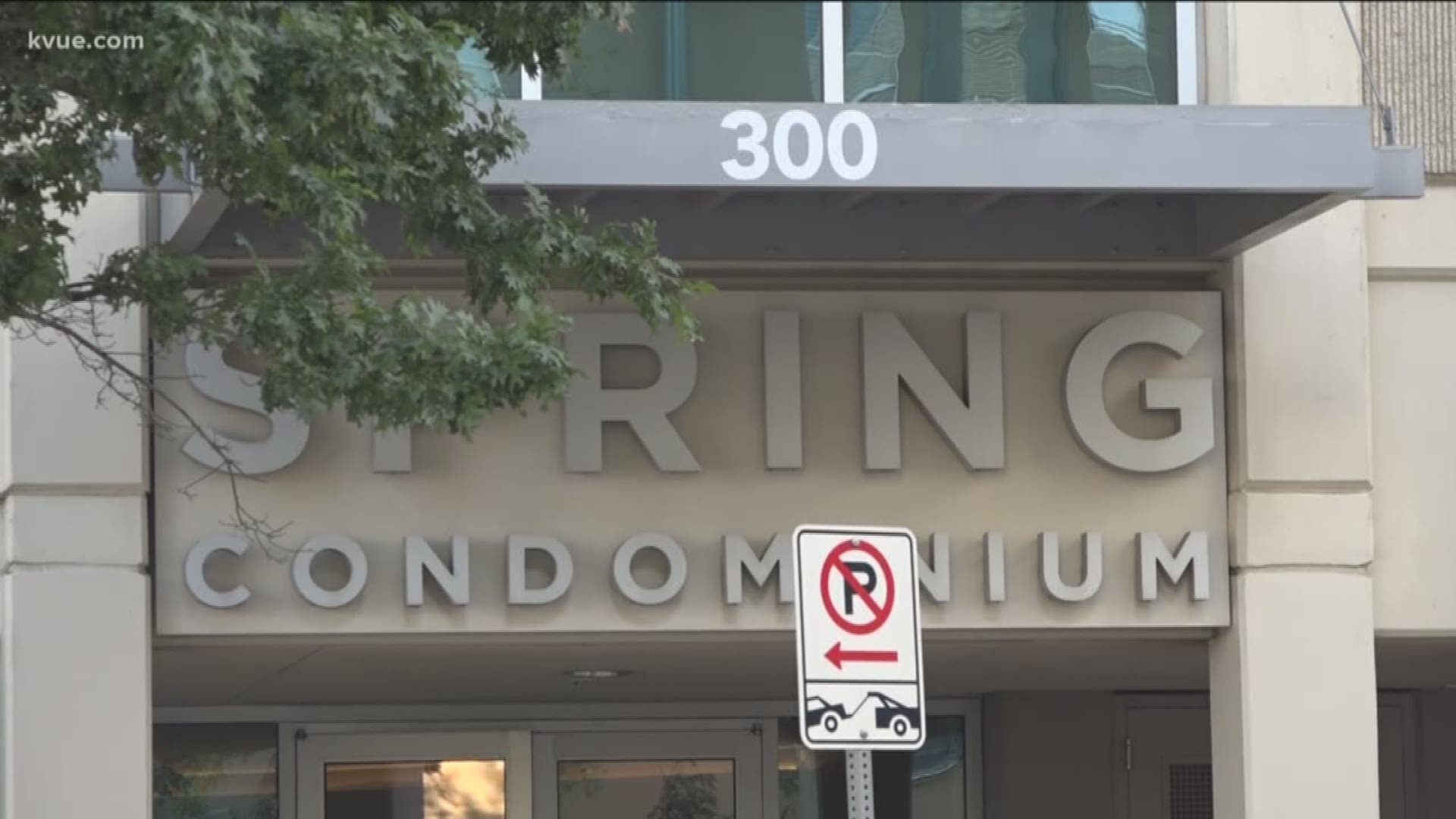 AUSTIN, Texas — The man who was killed in an officer-involved shooting in Downtown Austin Wednesday evening has now been identified.

APD also identified the three officers involved in the shooting as Officer Karl Krycia, Officer Christopher Taylor and Officer Joseph Cast. All three have been with APD since December 2014 and are assigned to the downtown area command.

Police Chief Brian Manley said in a press conference following the incident that a check welfare call came in at 4:55 p.m. Wednesday at the Spring Condominiums at 300 Bowie Street. The caller said that their neighbor was banging loudly on the emergency exit doors, and they were concerned that he might be in some level of mental breakdown.

A mental health officer was requested, along with the other officers dispatched to the scene. The first officer arrived at 5:08 p.m. and started gathering information about the incident. By the time the officer had arrived, the subject had entered the Spring Condominiums complex, so officers went into the complex's lobby to speak with the staff.

Staff told police they believed the man was a resident of the complex. He was initially seen outside with a butcher knife or large kitchen knife, which he was holding to his throat as he was walking around. He entered the complex and was able to get on the elevator and go somewhere inside the building.

While officers were planning how to handle the situation, they were informed by staff at the complex that the man had been located in the gym on the fifth floor. The man could be seen waving a knife at the security camera, according to Chief Manley.

Four APD officers – all wearing body cameras – and a security guard with the complex got into an elevator, where they continued putting a response plan together. When they got to the fifth floor and the elevator doors opened, the man was standing across a "very narrow hallway," about seven to 10 feet from the officers by Chief Manley's estimate. Chief Manley said the body cam video shows that as the officers began giving the man direct commands and he turned around, holding the knife to his throat. He then brought it down to his side and began walking toward the officers.

It was at this point that two APD officers fired their duty pistols and one officer fired a Taser. According to Chief Manley, at this point, the man fell out of the frame of the body cam video. Officers went in and secured him and requested medical assistance.

ATCEMS and Austin Fire crews arrived on scene and performed life-saving measures on the man for "quite some time" before transporting him to a local hospital, Chief Manley said. The man was pronounced dead at 6:07 p.m.

Management of the condos sent the following message to residents shortly after the incident:

This is to provide an update on events that took place in the building
this afternoon involving law enforcement. Police were called to the
building and from reports, shots were fired at a resident. Police
have not confirmed this but this is our understanding as of now.

We understand that the resident will be taken from the property but
will do our best to obtain confirmation of this and pass that
information along.

Most importantly the police have assured us that they have no reason
to believe that there is any ongoing threat to residents of the
building.

We will provide further update as we are able. Thank you."

At the press conference Wednesday evening, Chief Manley also extended his condolences to the family of the man who died.

"I do want to take a moment, really, to express our heartfelt condolences to the family of the deceased here today. Again, it was someone who, apparently, was in some level of mental crisis that drew us out here today and resulted in the scene that played out behind us in this condominium tower," Chief Manley said.