Another protest is expected to take place in Austin on Sunday, May 31. 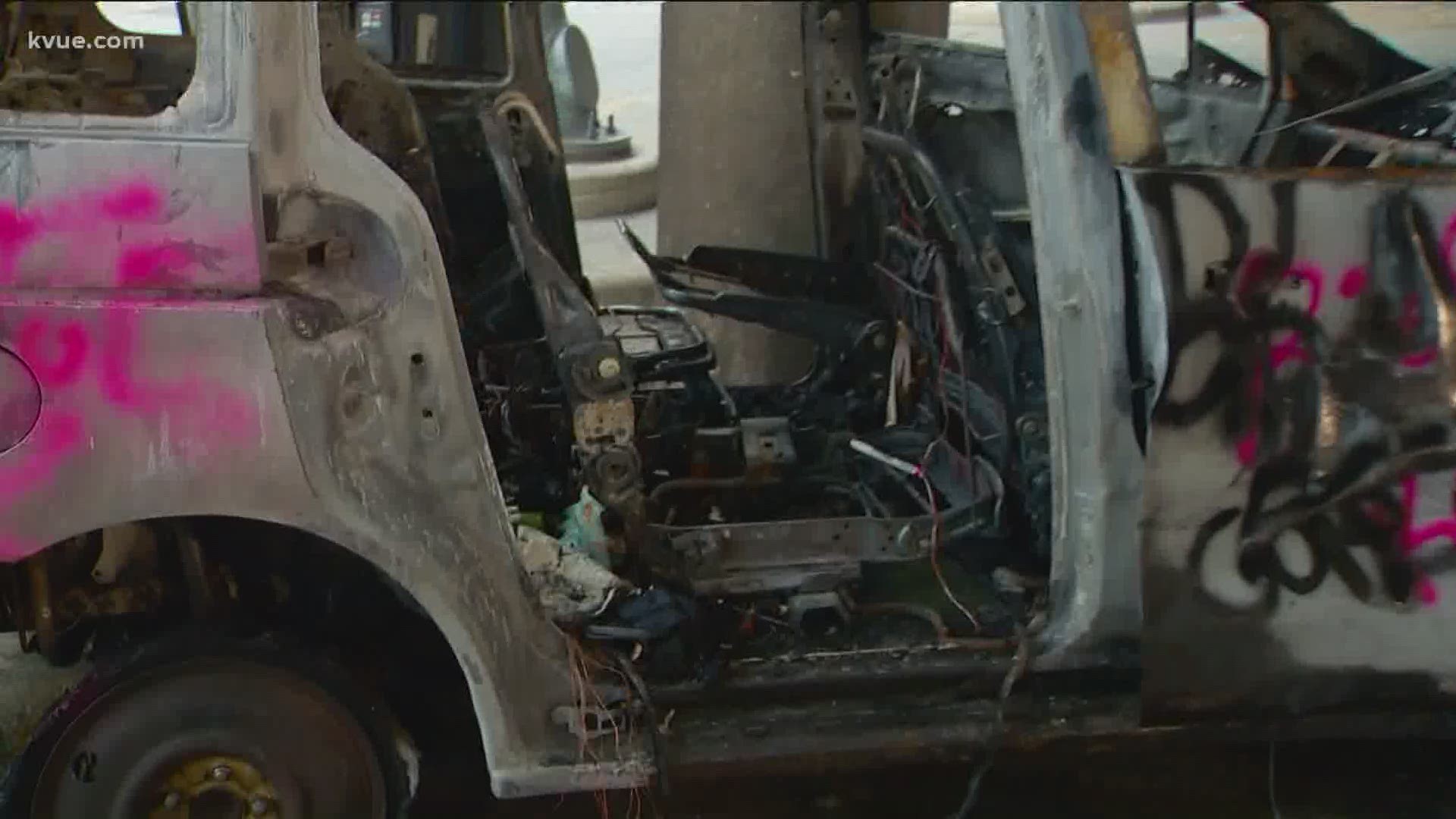 AUSTIN, Texas — Protesters gathered in Austin on Saturday, May 30, to call for justice for George Floyd and Michael Ramos.

George Floyd died in police custody in Minneapolis on May 27. Since then, the officer who was detaining Floyd at the time has been charged with manslaughter and third-degree murder.

George Floyd's funeral to be held in Houston area

Michael Ramos also died due to an incident with police. An Austin police officer fired his rifle at Ramos as he was driving away. Ramos later died at a hospital due to his injuries. On Friday, it was announced that Ramos' shooter would go before a grand jury.

Austin police chief says APD wants to provide a space for free speech, but not violence

Protesters in Austin caused both lanes of Interstate 35 nearby the Austin Police Department Headquarters to be shut down for a period of time on Saturday. Additionally, a car was set on fire Saturday night and later in the night another fire was set consisting of scooters, a mattress and other debris.

Another protest is expected to take place in Austin on Sunday, May 31.

WATCH: Austin protests continue as a car is set on fire