A rally and march were scheduled for Sunday afternoon but have been canceled by the organizers. 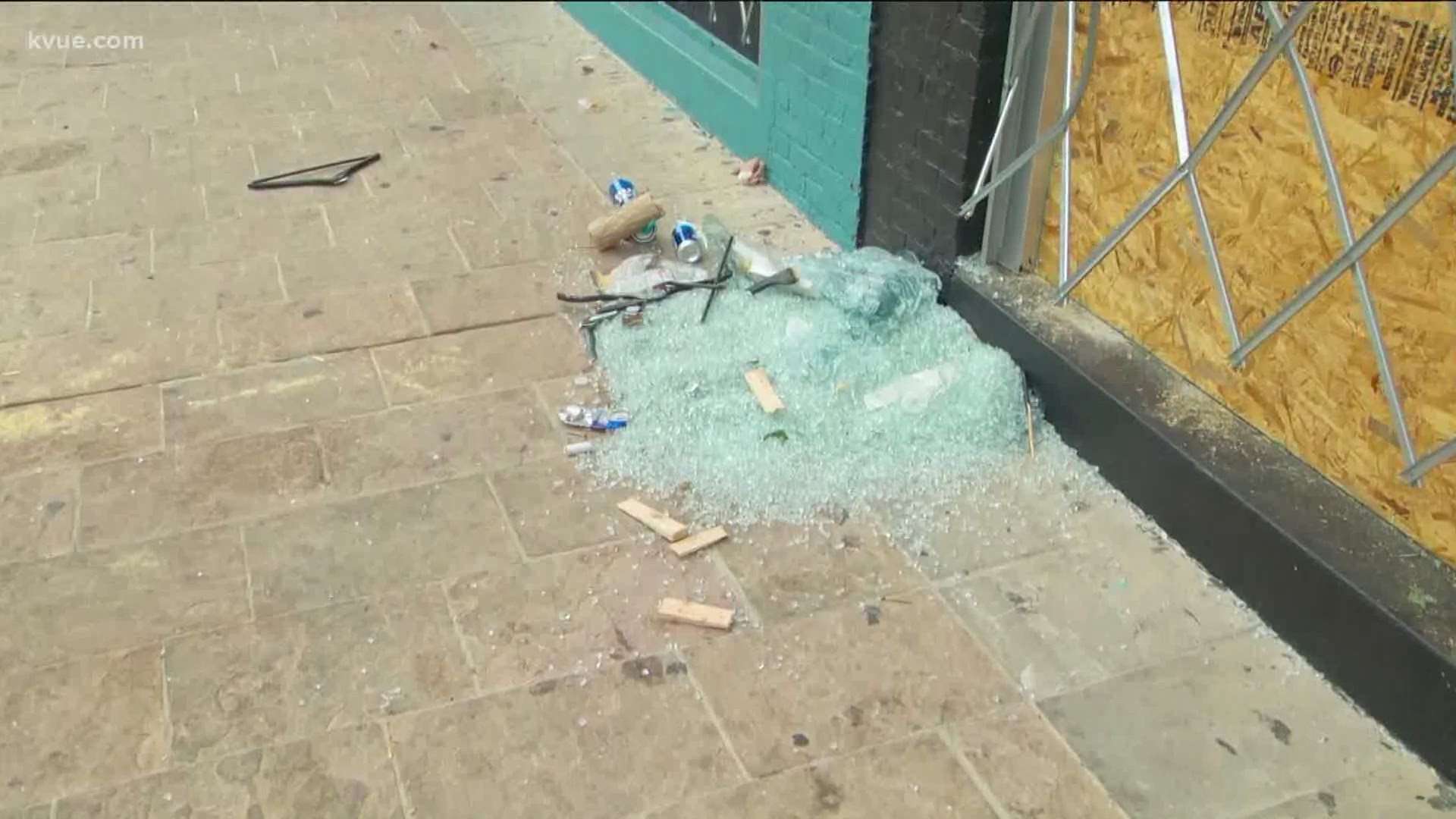 AUSTIN, Texas — For more than 12 hours, protesters took to the streets of Downtown Austin Saturday in response to George Floyd's death in police custody in Minneapolis and Michael Ramos' death in an officer-involved shooting in Austin.

The protests started in front of the Austin Police Department headquarters at noon Saturday and eventually spread across Downtown Austin to City Hall and the Texas State Capitol, lasting all day and into the night.

The day started out with peaceful demonstrations – but as the hours passed, tensions rose.

KVUE received countless reports of vandalism, numerous fires were reported and multiple incidents of looting were confirmed. APD confirmed approximately 14 people were arrested Saturday for charges ranging from robbery to assault on a peace officer and obstructing a highway.

Now, downtown is littered with debris and evidence of vandalism.

A rally and march, organized by the Austin Justice Coalition and Black Lives Matter, was scheduled for Sunday afternoon but has been canceled due to fear that the event would be "hijacked" by other protestors. AJC Founder Chas Moore said that there's no way that he can ask people to come out and "potentially have black bodies in harm's way."