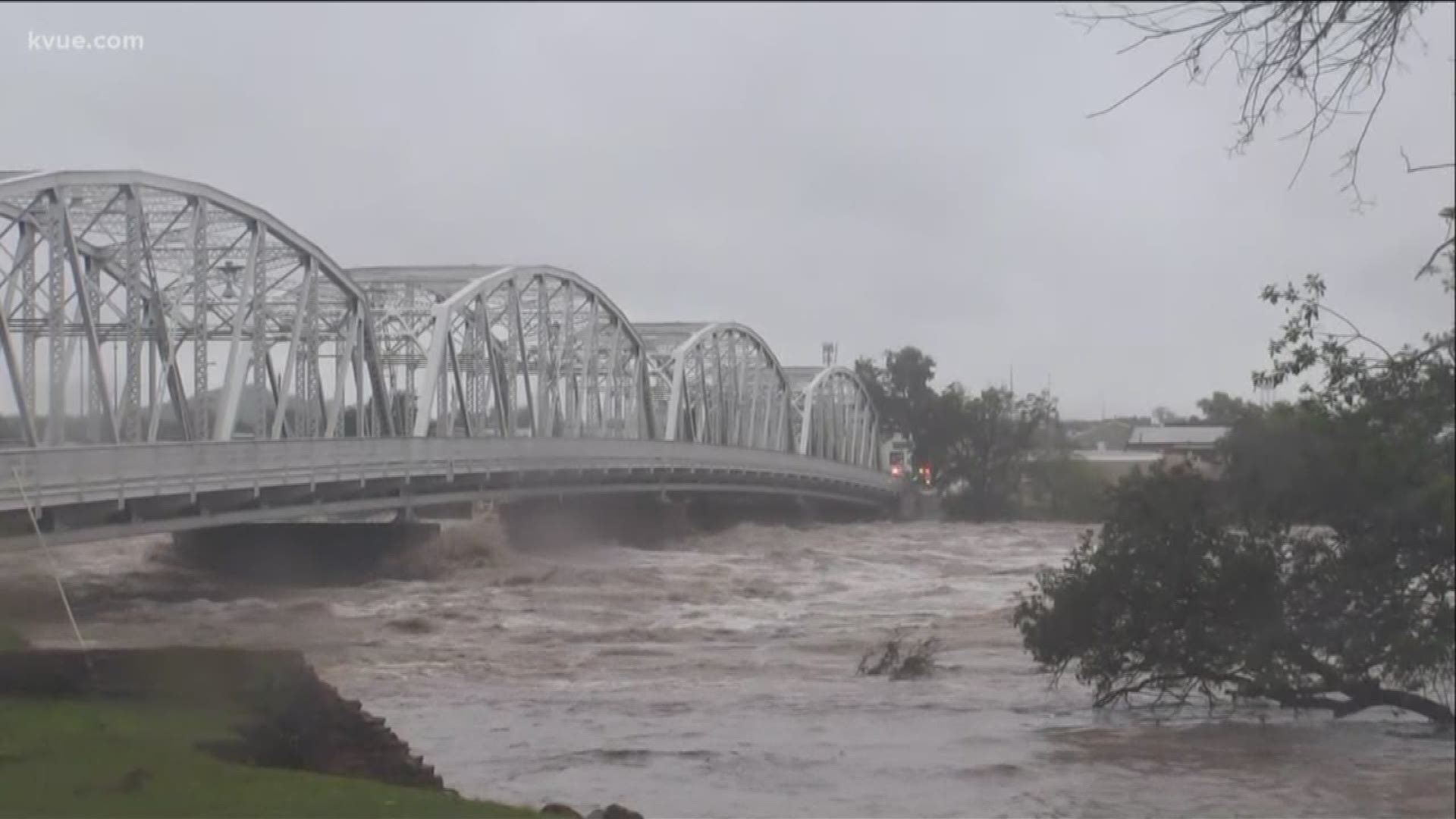 People in Llano County are urged to get to higher ground due to a flash flood warning. Gov. Greg Abbott has ordered the Texas State Operations Center to elevate its readiness level to respond to the flooding, making state resources available to help local officials in their response.

KVUE Chief Meteorologist Albert Ramon reports that the Llano River has dropped after cresting at 39.9 feet sometime after 6 a.m.

We're seeing lots of images and videos from the flooding on social media. If you can SAFELY shoot and send video or photos, post to social media with the hashtag #KVUE or email to news@kvue.com

Below are some of the images from social media we've seen. We're going to continue adding below.

And for complete flooding coverage, make sure to stay with KVUE, kvue.com and our mobile news app.

I’ll see your turtle buddy and raise you a turtle buddy on the hike and bike trail! pic.twitter.com/9oCPXU3u7N

The pedestrian bridge in #sangabrielpark between Lower Park Rd. And College St. has come down about 4’ and is still impressive. This is where the North and the South San Gabriel River meet in @georgetowntx @ATXfloods @GeorgetownTXPD @GTXParksandRec @GeorgetownTXFD pic.twitter.com/LUaqHMY2H5

This is a before and after from Kingsland, TX along the Llano River. @KVUE
Credit: Bristol Lott pic.twitter.com/wXbrOU8Sd5

A fourth flood gate is open at Mansfield Dam. Crowds are gathered at the foot of the dam. @KVUE As of now, according to @LCRA this is the final floodgate to open today. pic.twitter.com/R6wptgnRCC

Video of the RM 2900 bridge in Kingsland. pic.twitter.com/4HMc5zrFbA

Sergeant Robbie Barrera from DPS took this at the Llano River this morning. What we know so far: https://t.co/R6cK9XILza#Llano #Texas #txwx #weather pic.twitter.com/zvPiKHakEc

Shelters for people living in #Llano and #Kingsland- In #Llano you have First Baptist Church and Inmans Kitchen. In #Kingsland there is the Community Center. Please be safe and evacuate.