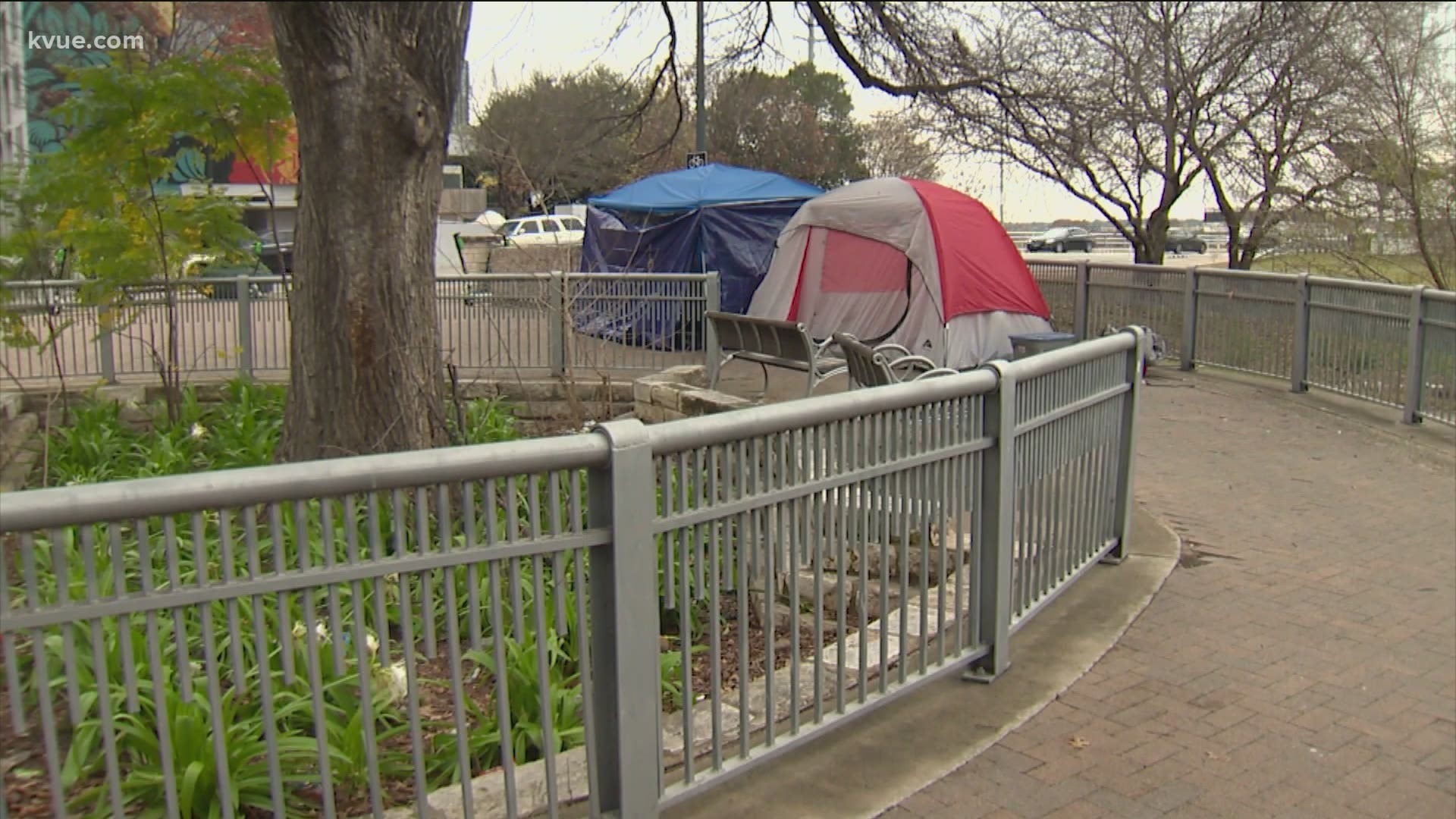 AUSTIN, Texas — Phase 2 of the City of Austin's plan to begin the recently reenacted ban on homeless camping across the city begins on Sunday. Austin officials will start issuing written warnings and citations to those in violation.

This comes after the approval of Proposition B in the May election, which makes it a criminal offense (a Class C misdemeanor punishable by a fine) for anyone to camp in public areas, sit or lie down in the downtown or University of Texas campus areas, or solicit at specific hours and locations.

Over the past 30 days, in Phase 1 of the approach, police and other City departments have been visiting dozens of encampments across the area to provide information to those experiencing homelessness about how the new ordinance affects them. They have been worked to help people comply with the rules while also prioritizing heal and safety, as well as connecting people to the right resources and services.

“Through this implementation process, APD has maintained a responsible and humane approach to providing education and outreach to those impacted by the ordinances,” said Interim Police Chief Joseph Chacon. “As we progress to the next phase, I want to reiterate that our goal is to enforce the law and maintain the best health and safety for everyone in Austin.”

“At Council direction, the staff is actively pursuing options for increasing temporary shelter capacity and/or creating designated campsites in the near future. At the same time, we are maintaining focus on an aggressive expansion of long-term stable housing for people experiencing homelessness through the initiatives like HEAL, creation of new permanent supportive housing resources, and partnerships with critical community organizations,” added Homeless Strategy Officer Dianna Grey.

Teams from the police department will enforce the ordinance by visiting sites and making assessments of any ordinance violations. The officers will be supported by members of the Austin Fire Department, who will identify potential fire hazards and issue warnings as well.

The City's phased approach pertains only to campsites that were in existence before the new ordinance went into effect on May 11. Individuals who attempt to set up new camps are subject to immediate notification of a violation, and enforcement action, if necessary.