Assistant Chief Jason Smith will serve as acting chief until the City picks a replacement. 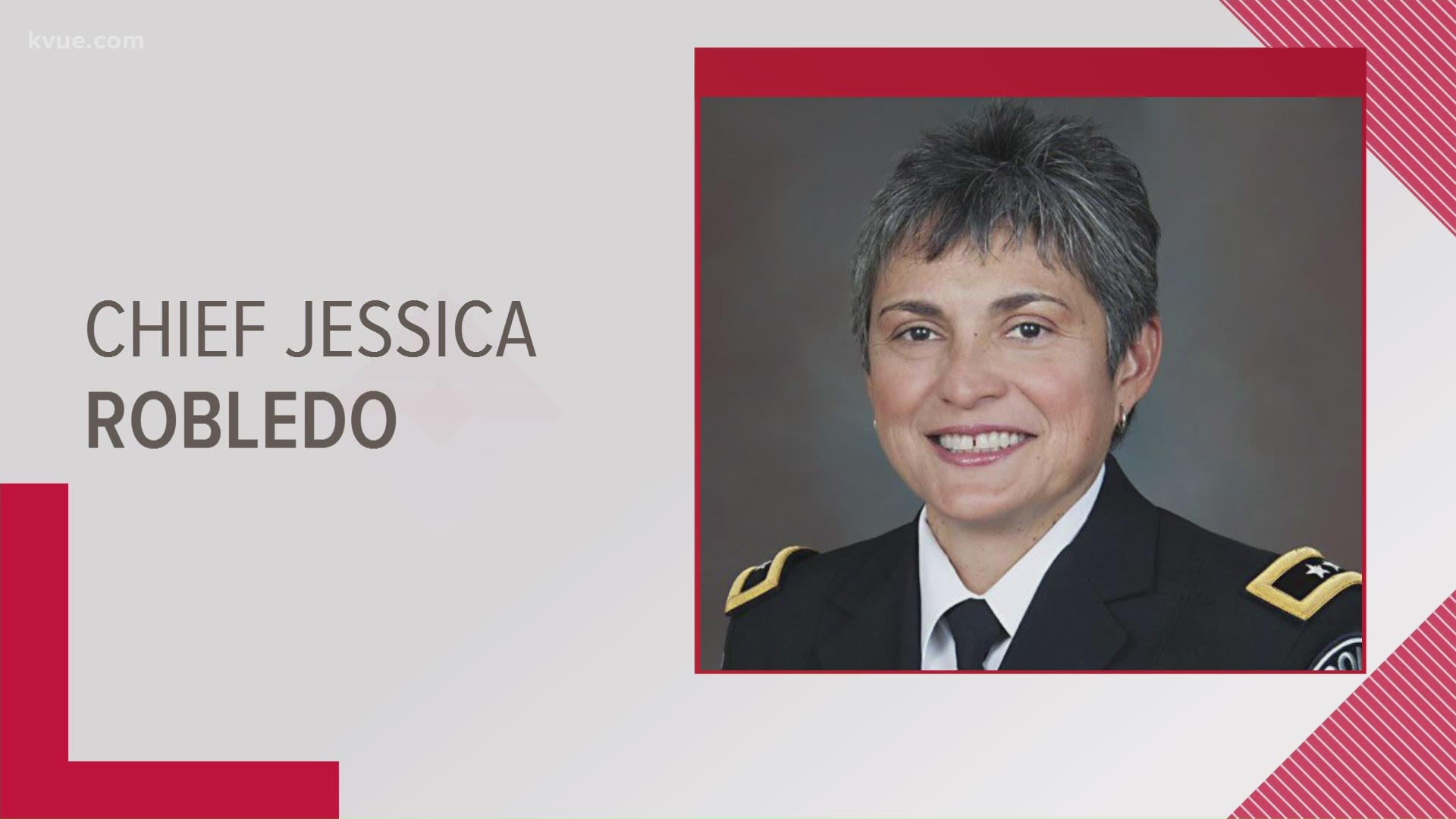 The department said she's retiring after more than 30 years in law enforcement.

Assistant Chief Jason Smith will serve as acting chief until the City picks a replacement.

Robledo was the City’s first female and Latina police chief, sworn in on Feb. 14, 2017.

“With the energy Chief Robledo brought to Pflugerville, when I met her I told people she reminded me of ‘Pop Rocks’ candy because her energy level never faltered,” Mayor Victor Gonzales said. “Chief enhanced our community engagement and grew our police department. We wish her well.”

“While our Chief is entering her next chapter of life, she has left a legacy for this department,” said Breland. “I know we can count and rely upon PPD to continue providing an excellent level of service to our community. We thank Chief Robledo for her service to Pflugerville.”

Tonight at City Council Chief Robledo's retirement was officially announced. We thank her for her service to the community these last 4 years and wish her well.

The City of Pflugerville said Robledo enhanced community engagement through the establishment of events like Public Safety Day and Coffee with a Cop and through an increased social media presence. The use of Digital Neighborhood Watch and the Community Crime Map were part of her efforts to increase transparency, the City added. She also launched a Pflugerville chapter of the Blue Guardian mentorship program for law enforcement to support foster children.

Under Robledo’s leadership, the department expanded programs to support officers’ mental health, with the Smash the Stigma campaign encouraging conversations about suicide awareness.

4 yrs ago I came out of retirement to answer the call to serve this amazing community as your Chief. As I transition to another chapter of my life, I am thankful to the people of @PflugervilleTX, @PfMayorVictorG & Council for this honor. Love you PF!