Doctors diagnosed a Pflugerville police officer's daughter with rare blood disease, and they fear time may be running out. 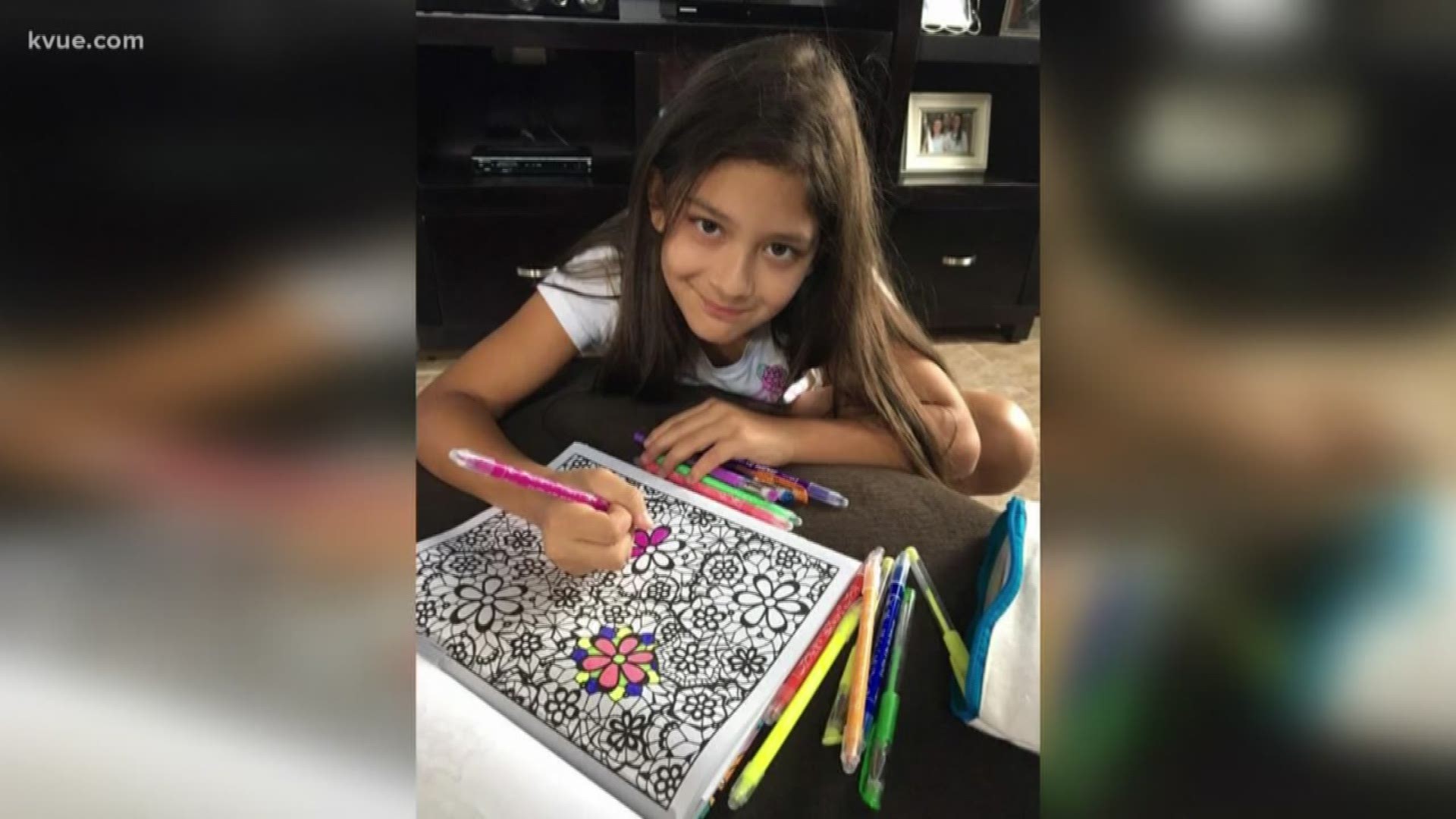 PFLUGERVILLE, Texas — They often put their lives on the line to help us, but now the law enforcement community in Pflugerville needs your help.

Doctors diagnosed an officer's daughter with a rare blood disease, and they fear time may be running out.

"If you would've asked me last week if I ever thought that I would be in this situation right now, I would tell you no," Camryn's tearful mother, Kimberly, told KVUE. "Never do you think it's going to be your child, you, somebody you love."

Doctors told them the only cure for aplastic anemia is a bone marrow transplant.

Camryn is one of at least 12,000 people in need of a bone marrow transplant, according to Samuel Hillhouse, a community engagement representative with GenCure in partnership with Be the Match.

People are oftentimes hesitant to become a bone marrow donor because of misconceptions about the procedure, according to Hillhouse.

"They hear that's a very painful procedure. That's not the case," Hillhouse said. "Seventy-five percent of donations actually just take place from a vein in your arm."

Camryn's family is waiting to find out whether her brother is a match. Statistically, there's a 25 percent chance he is, Hillhouse said. But if he isn't, they're hoping you may be the match Camryn needs to live.

"It's not good. The doctor's prognosis is probably about a year without a bone marrow transplant. That's why it's so important this information gets out there. People need to know to go and donate," Camryn's dad, Kurk, said.

If Camryn finds a match, she and her parents will have to move away from Austin to a bigger city for at least three months where doctors can properly treat her.

Kurk and Kimberly said that temporary move will cost a lot, so they're raising money to pay for their expenses.

If you'd like to find out if you can help Camryn, join Be The Match. You can also donate blood for Camryn's blood treatments through We Are Blood. She is O positive.

Pflugerville law enforcement will also hold a barbecue fundraiser and blood drive for Camryn rain or shine Saturday at the Pflugerville Stadium on Pecan Street. The event will be from 10 a.m. to 2 p.m.

Following KVUE's airing of this story, 494 people had joined the marrow registry as of Sept. 11.