Pflugerville Police Chief Jason O'Malley joined the department in 2020 as a commander after more than 20 years at the Cook County Sheriff's Office in Illinois. 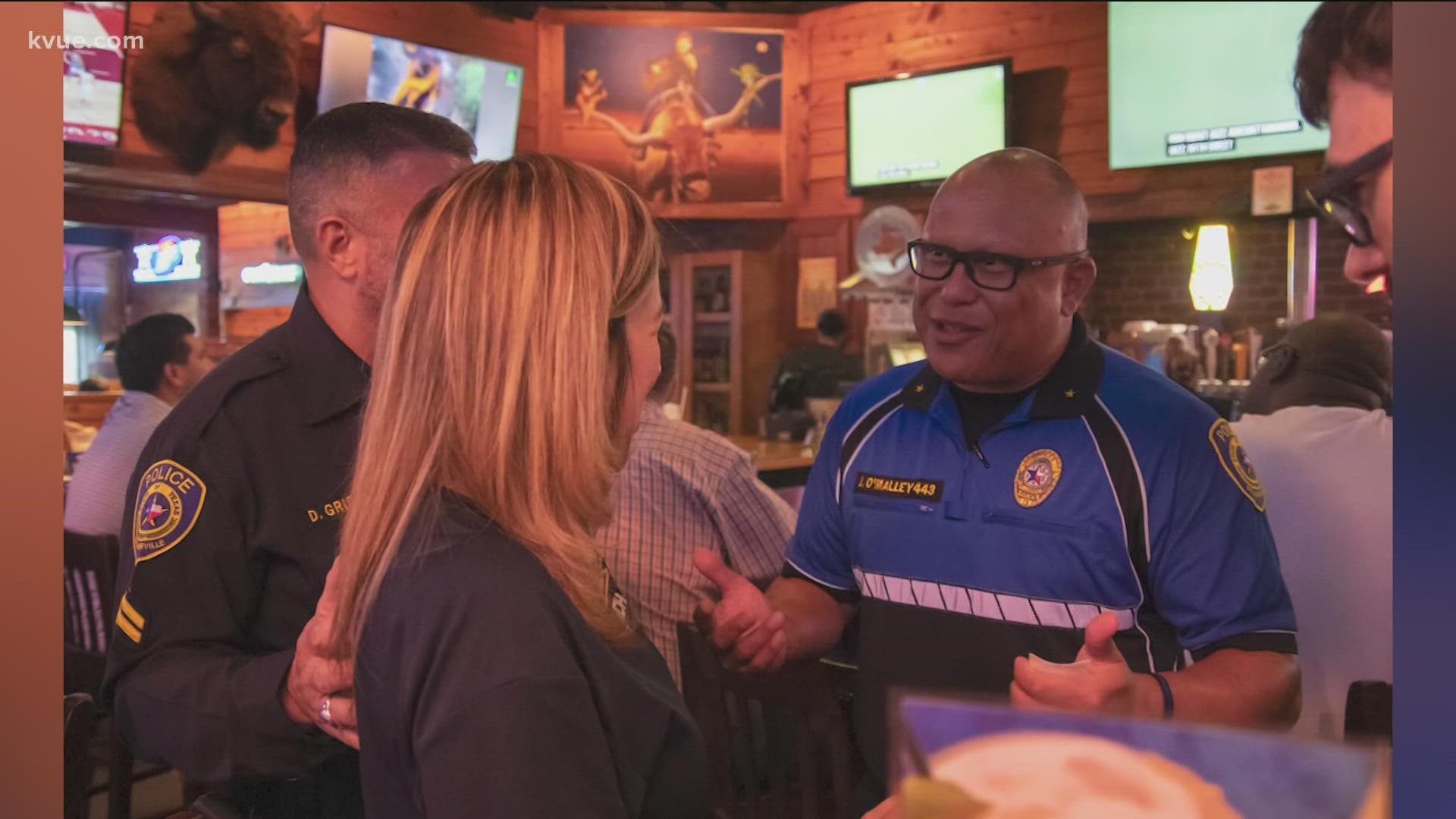 PFLUGERVILLE, Texas — After a nationwide search starting with more than 90 candidates, the Pflugerville Police Department has a new chief as of last week.

Pflugerville is one of the fastest-growing cities in Central Texas. But the new police chief, Jason O’Malley, is used to big areas. He worked for the sheriff’s office in the second-biggest county in the country, which includes Chicago.

"I did 21 years with Cook County, started in the jail in the Department of Corrections, and then rose through the ranks to police officer, investigator, sergeant, lieutenant commander," O’Malley said.

O’Malley came to Pflugerville in July 2020 because of family in the area, warmer weather and because he had hit his 20-year mark in Illinois. He started as a commander with the Pflugerville Police Department and didn’t think this opportunity to become chief would be in the cards until the position opened in April.

"The police department itself, the officers, encouraged me to apply," O'Malley said. "And that's how I got here. But no, I didn't think that this would ever be something that would happen. And in this short of a time too.”

O’Malley has worked for the FBI and the U.S. Marshall’s Service. He is a believer in 21st-century policing, which to him means community engagement, caring for the mental health of officers, transparency and accountability. He also helped train officers in Illinois and wants to continue to supply professional development opportunities to officers in Pflugerville.

"So, just right when I got here, we brought in RIT training, which is racial intelligence training," O’Malley said. "That was something that we did for the entire department since coming in here. I just wanted to send everyone back through, just even refresher course."

"So, of course, I mean, I would like to have a police department that represents the community we serve and, being one of the most diverse cities in Central Texas, yes, I really do expect our police department to look the same," O’Malley said.

O’Malley said he is currently reviewing all department policies. He said a recent City poll showed 93% of Pflugerville residents say they feel safe, and he wants to make that number even higher.

"I think we're doing a good job, and I think we're on the right track because of our numbers from our survey. But if I could make Pflugerville one of the safest cities in Texas, that's my job. That's my goal," O’Malley said.

He said the department has enough officers on staff right now, but due to the area's growth, they will be accepting applications for six more sworn positions starting on Oct. 1.