It happened Dec. 30 and Pflugerville PD said they're investigating. 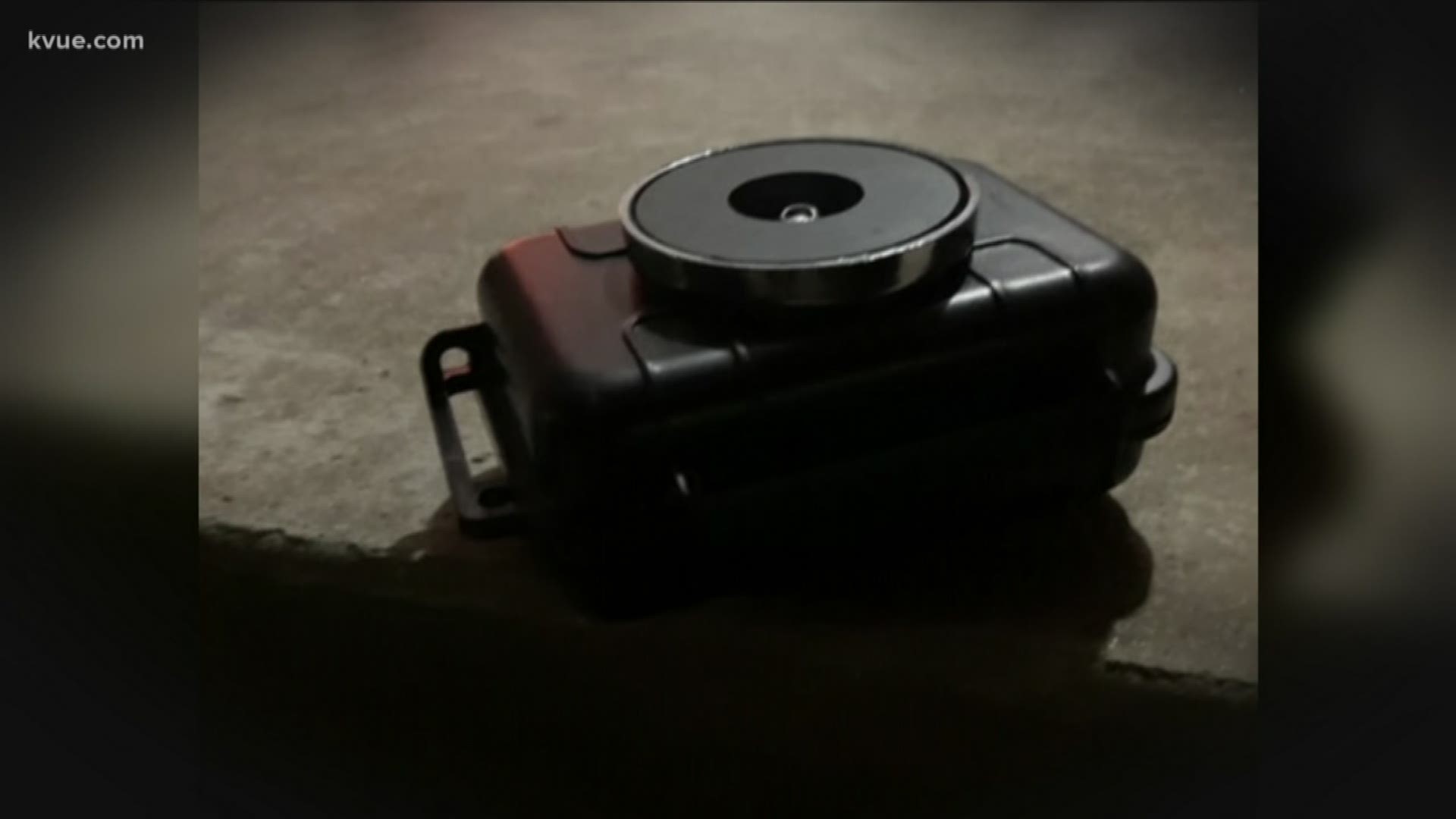 PFLUGERVILLE, Texas — A man in Pflugerville is looking for answers after he said he saw someone messing with the underside of his truck – and then found some sort of tracking device under the truck after the person left.

Luis Madrid said he's had his truck for around five years and has lived in Pflugerville for around four years. He said he installed security cameras around his home after his friend told him they saw someone suspiciously walking around the driveway.

On Dec. 30, that's when he said those security cameras alerted him of someone in the driveway.

"I was at a party right down the street and the notification came through that there was motion," Madrid said.

He said he quickly opened the app to see what it was.

"And as I was watching the incident live, the other guy walked – you know, crawling, you can see him crawling under the vehicle doing that," Madrid said. "So, I immediately hopped on the app and I said, 'Hey, step away from the vehicle. The police are on their way. We notified the authorities.'"

You can see the video of the incident below:

After rushing home, chasing after the person he believes messed with his truck and taking a picture of that person's car, Madrid went to check what could have happened under his truck.

After some searching, he said he pulled out what you see in the picture below.

Madrid said he found it right under the area of the gas tank.

"I immediately got scared and I thought it was a bomb," Madrid said.

He called the police who he said told him it was a tracker.

KVUE asked The Spy Shop in Round Rock about the incident and they showed us a device almost identical to what you see in the picture below.

Credit: Andrew Sanchez
Jamie Martin, the co owner of the Spy Shop in Round Rock and a licensed private investigator, shows a device very similar to the one a Pflugerville man found.

Martin believes the person that was under Madrid's truck was possibly a repo agent trying to track the truck to repossess it.

"More likely than not, it's a repo person that's looking to find a vehicle or they don't want to confront the person, they want to do it in a public place," Martin said. "I really don't see a person going through the trouble of buying a GPS to tag a vehicle that they want to steal."

Martin said in some cases, it's legal to put a tracker on a vehicle.

Ring cameras hacked in multiple homes across the U.S.

But he also said putting a tracker on someone's car without their consent is where it gets tricky.

“If you don’t do that and you’re not the owner of the car – you’re putting it on a friend's car or girlfriend, boyfriend’s car, then you could run into trouble with the law,” Martin said.

Madrid claims that missed payments cannot be the case for him.

"Current on all the payments – I've had the truck since it came out and never missed a payment," Madrid said.

Madrid is hoping his story could help warn others.

"Get a camera, be vigilant, keep an eye out, alert your neighbors," Madrid said.