Leaders are hoping to create an Emergency Services District Medical Overlay that would fund continued ambulance service across Pflugerville. 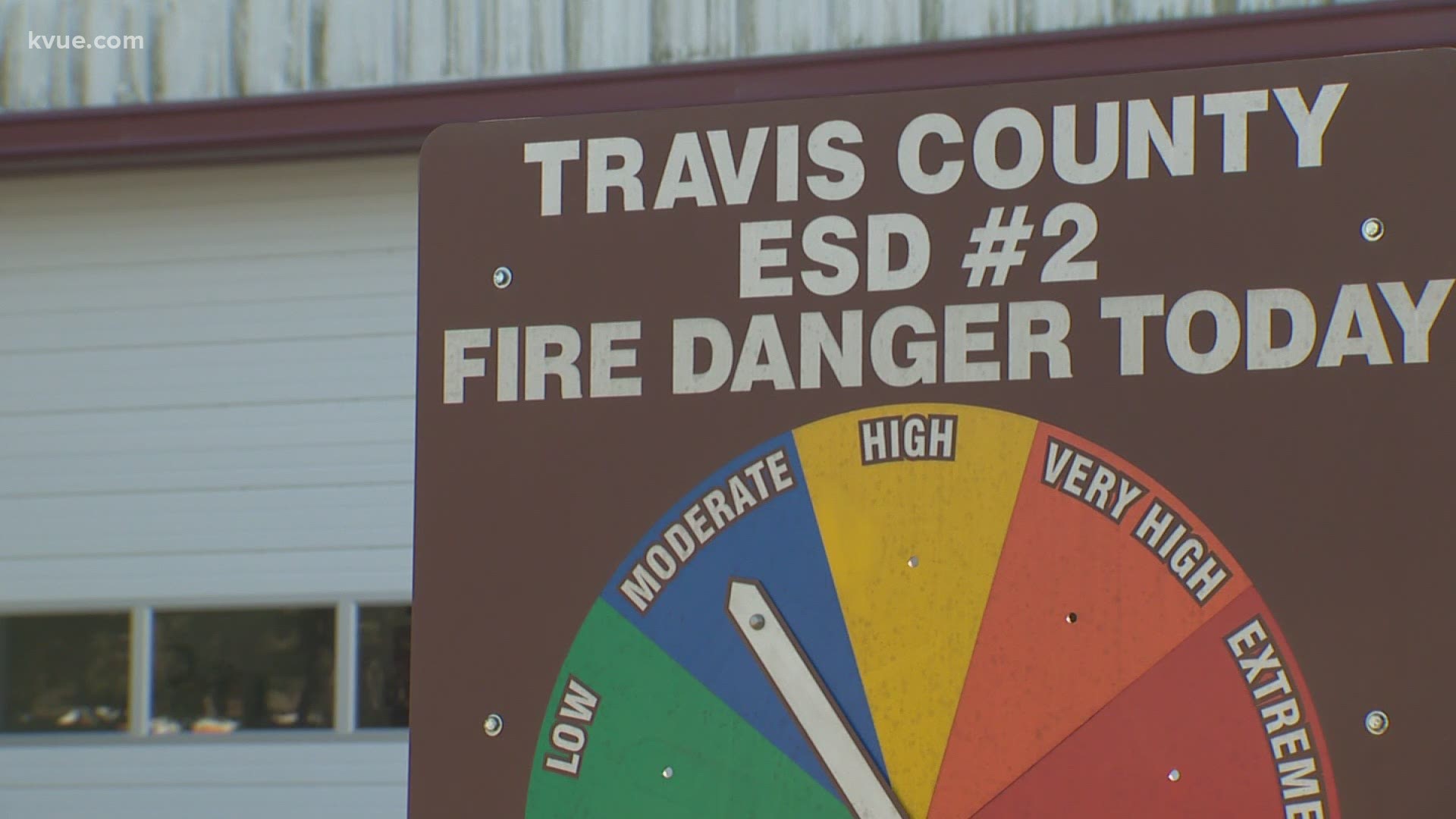 PFLUGERVILLE, Texas — The Pflugerville City Council voted Tuesday to postpone a resolution regarding the creation of a proposed Travis County Emergency Services District No. 17.

Earlier this week, Travis County Commissioners Jeff Travillion and Brigid Shea penned a letter to the council asking them to "allow your voters to decide" after a petition to create an election on an item regarding ambulance service funding.

This comes after more than 4,700 voters signed their names in support of an election to create an Emergency Services District Medical Overlay that would fund continued ambulance service across Pflugerville and the district.

Now, the county commissioners, local firefighters and Pflugerville residents are calling on the city council to approve the election and allow local voters to decide.

The Pflugerville Firefighters Association and residents held a rally during the Pflugerville City Council meeting on Tuesday, Jan. 26. The rally took place at El Rincon at 200 E. Pecan St. in Pflugerville.

The commissioners' letter can be read below:

As Travis County Commissioners representing the two county precincts that include the City of Pflugerville and its extra-territorial jurisdiction, we respectfully request that the Pflugerville City Council allow your citizens to decide whether they would like to be included in the proposed new Emergency Services District No. 17 for emergency medical services. We understand that more than 4,700 registered voters signed a petition in support of an election for the proposed “medical overlay” of the current ESD No. 2 (which provides fire service). We strongly encourage you to evaluate the merits of service provision and allow the community to select the appropriate set of services for their respective areas.

Emergency Services District No. 2, a voter-created taxing entity, funds and operates the Pflugerville Fire Department. With the help of a sales-tax supplement to its annual budget, ESD 2 has initiated and expanded a fire-based emergency medical service that currently staffs and operates five ambulances, delivering advanced life support care with excellent response times to all residents in their district, including your constituents. The ESD has determined that its EMS effort is financially unsustainable in the long term, and therefore proposes an election to create an overlay medical district to fund it. Evidently, more than 4,700 signatories to a petition supporting this election would seem to agree.

There have been three ESD medical overlay elections held in Travis County in the past decade, all of them successful, and all of which were initiated with certified petitions. In approving and funding these elections, the Travis County Commissioners Court has clearly indicated that, by meeting the statutory requirements to hold an election, the voters should be given a chance to decide.

The provision of advanced life support, emergency ground response, and transport is important for all residents of Travis County, including ESD 2. The funding mechanism for this continued service in your jurisdictions, the proposed new ESD 17, is a decision that should rest with all ESD 2 voters, including those in Pflugerville. We, the Travis County Commissioners for Precincts 1 and 2, urge you to allow your voters to decide the services most important to them and voice those opinions in the election process.

KVUE spoke to Josh Stubblefield, president of the Professional Pflugerville Firefighters Association, ahead of the rally and council meeting Tuesday.

"The citizens want to have a say in their public safety, as they rightfully should, and they want to vote on this matter," Stubblefield said. "They want to vote to keep the ambulance service that they have now without any changes, no degradation in service and just continue forth. And then we're also able to grow with the community as the community is growing, because that's another reason that we're not able to keep up as the booming growth and increasing demand for our service."

The goal of the group's proposal is to create ESD #17 to overlay the current ESD #2, in order to provide more funding for EMS.

"The funding would go to EMS. It would go to ambulance service. ESD 2 would be fire and ESD 17 would be ambulance. So, what that's going to do is allow us to continue to keep – right now, we have five ambulances full time in our district. It's going to allow us to keep that. And then also grow with the community and allow ambulances as needed down the line," Stubblefield said.

According to state law, ESDs can be funded with up to 10 cents per $100 valuation of property tax and some part of state sales tax, if available. Travis County ESD #17 will be eligible for funding from a max 10-cent property tax rate.

"We're bigger than a lot of municipal departments and around the state of Texas," Stubblefield said Tuesday. "But we're still having to work everything on this, on this small, flawed funding model. And it's no longer sustainable with everything that I had mentioned earlier."

There were multiple items and resolutions having to do with this topic on the Pflugerville City Council agenda for Tuesday night, including, "Discuss and consider action to issue response to Travis County Commissioners Jeffrey Travillion and Brigid Shea regarding their January 21, 2021 memorandum to the City Council Regarding Request to Approve Allowing Pflugerville / Pflugerville ETJ Voters to Participate in Emergency Service District No. 17 Election."

There was supposed to be a special meeting of the Pflugerville City Council back on Jan. 19, which would've included this issue, but it was canceled.

The City of Pflugerville said in a statement on Jan. 19:

Prior to the council meeting Tuesday, Councilmember Rudy Metayer – who represents Place 4 – told KVUE that the council would be looking at all options for funding.

"EMS services are not going anywhere, whatsoever, period," he said. "We need to make sure we explore all our options because we have a fiduciary obligation to do that. I mean, you know, in a lot of ways, if we didn't do that, we would be not [justly servicing] the community, [to] not to look at all the viable options beforehand."

The council also voted to retain a third-party consultant, AP Triton, to perform an assessment of fire and EMS service options.

"This analysis will provide Pflugerville City Council with an objective perspective on various options for EMS service, including the evaluation of creating ESD No. 17, so that they can make an informed decision," the City said in a press release.