Hundreds of family members, friends and fellow law enforcement officers escorted the body of Dep. Bryan Pfluger to the city named after his family on Saturday. 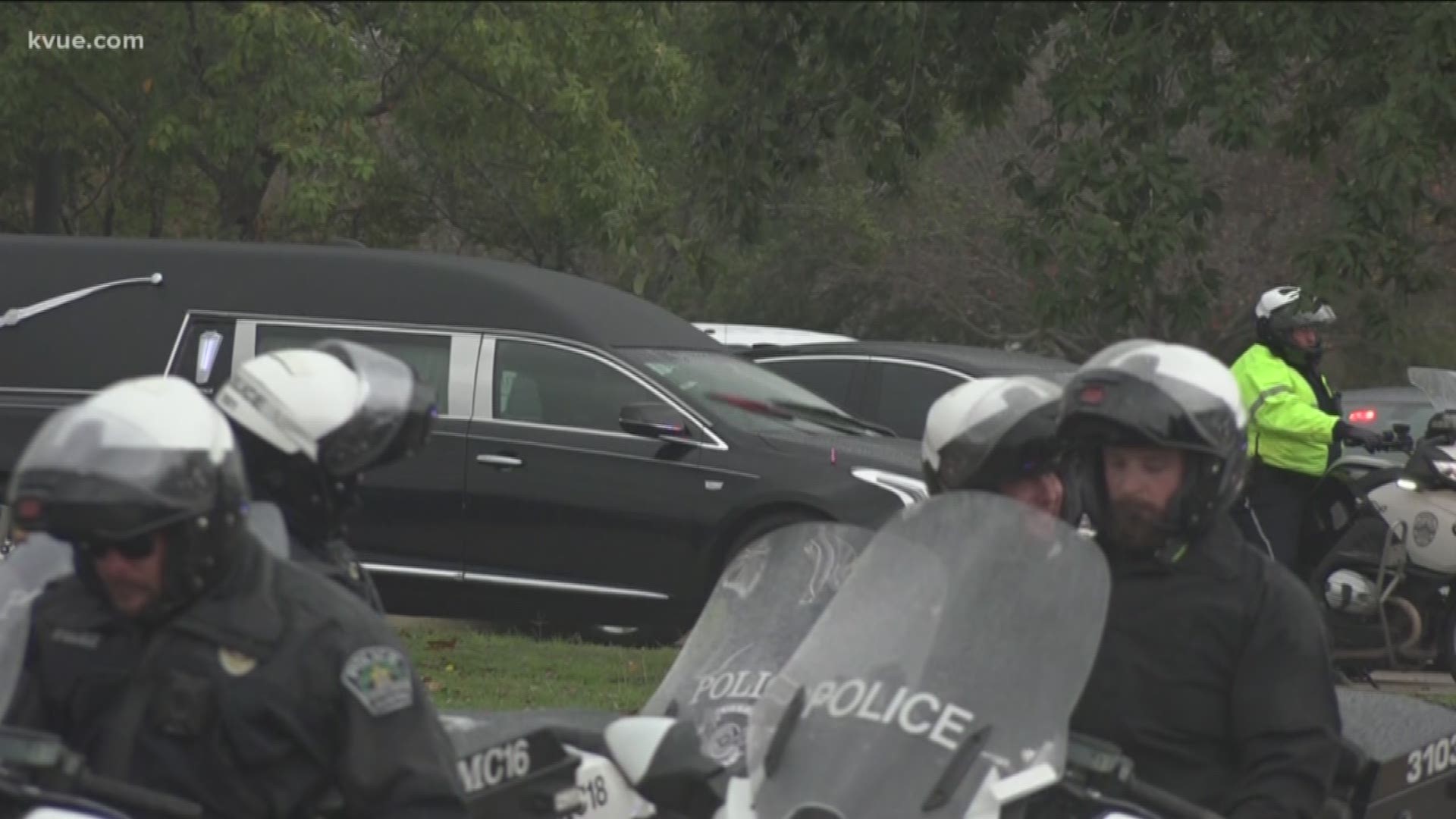 PFLUGERVILLE, Texas — On Saturday afternoon, dozens of law enforcement cars, trucks and motorcycles lined the streets of Pflugerville to escort the late Deputy Bryan Pfluger to the cemetery at Immanuel Lutheran Church.

Most recently, he worked as a San Jacinto County Sheriff's Deputy.

Pfluger died in the line of duty last week while responding to a burglary.

While driving to the burglary, another driver in a police vehicle heading to the scene slowed down to make a turn. Pfluger clipped the other vehicle and flipped his own.

“You’ve got folks that traveled for hours; you had Honor Guard teams from all over the state of Texas," Robledo said. "That’s huge for us, for first responders.”

Pfluger's family is the namesake of the city of Pflugerville. The 36-year-old is related to Henry Pfluger, who moved to the area in the 1800s. The history of this family carried a little extra weight for Robledo.

“We felt an obligation because of the family name, and because it was a line-of-duty death, and because the family chose to bring him here and allow Pflugerville to be the host city," Robledo said. "We were honored. If that’s the last thing we can do for the family, then that’s the least we can do.”

According to Robledo, law enforcement ran in the Pfluger family. She said Pfluger's father was a retired Texas Department of Public Safety officer, and she was able to pay her respects to him personally.

"He also had family that was there that was looking into the crowd and looking back, and we’re hoping that by our mere presence, being there, it will help them heal a little bit over time," Robledo said.