Presidential candidate Pete Buttigieg is officially on the Texas ballot

Austin Mayor Steve Adler announced that fellow Mayor Pete Buttigieg will officially be on the Texas ballot for the upcoming Democratic primary. 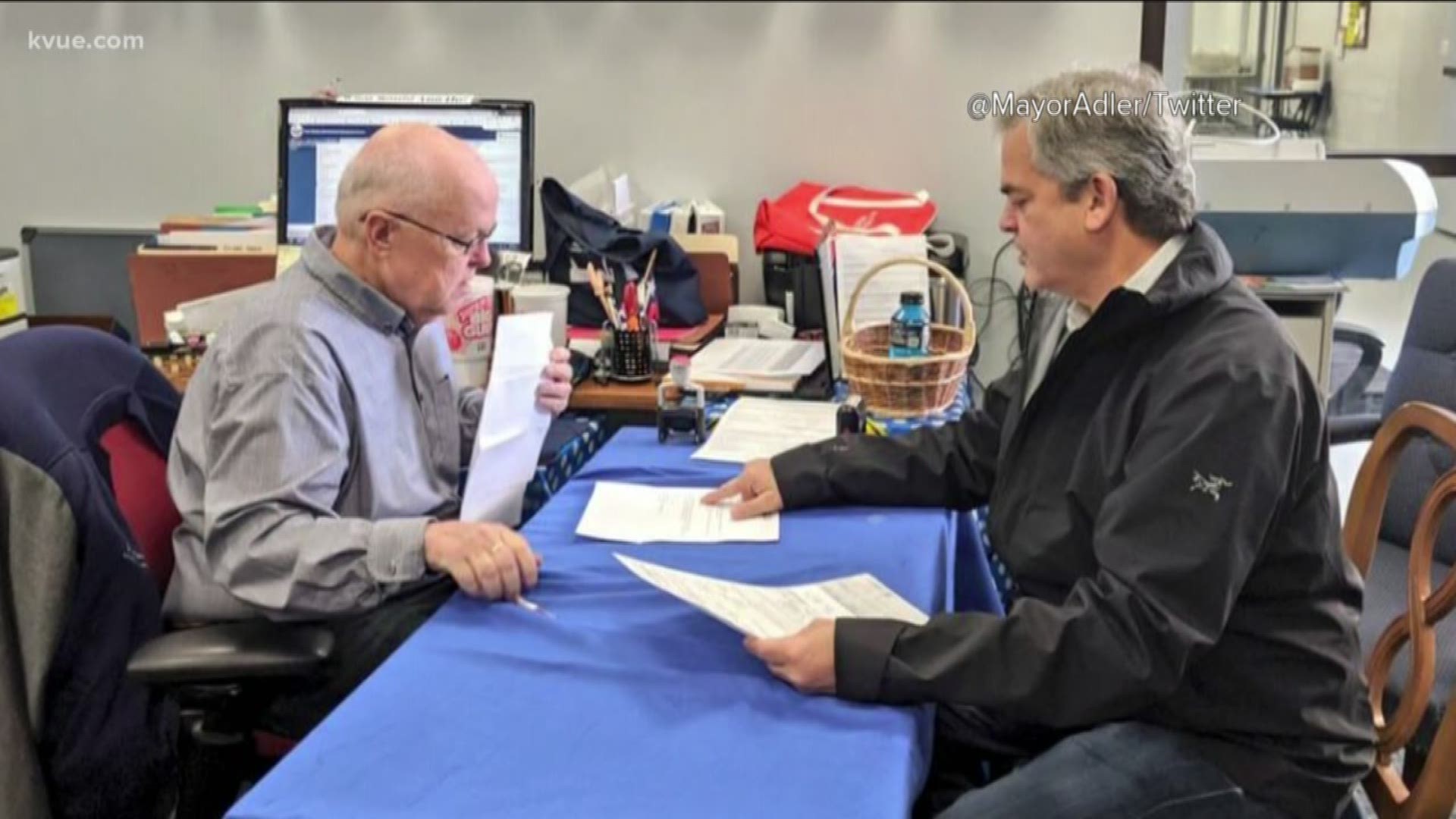 AUSTIN, Texas — Presidential candidate Pete Buttigieg will officially appear on the ballot in Texas for the upcoming Democratic primary.

Austin Mayor Steve Adler, who has backed the South Bend, Indiana, mayor in the past, announced on Facebook over the weekend.

"Proud to help put my friend Mayor Pete Buttigieg on the ballot in my home state of Texas this morning," he wrote from the Texas Democrats headquarters.

Mayor Adler has been outspoken about his support for Buttigieg, quickly announcing his backing for his fellow mayor after Buttigieg announced his campaign for president in April. Adler even traveled to Indiana for his first campaign event.

Buttigieg also recently traveled to Austin over the summer to participate in the Austin Pride parade.