Austin Pets Alive! said many pets were at risk of being euthanized because the shelters they were staying in were already full. 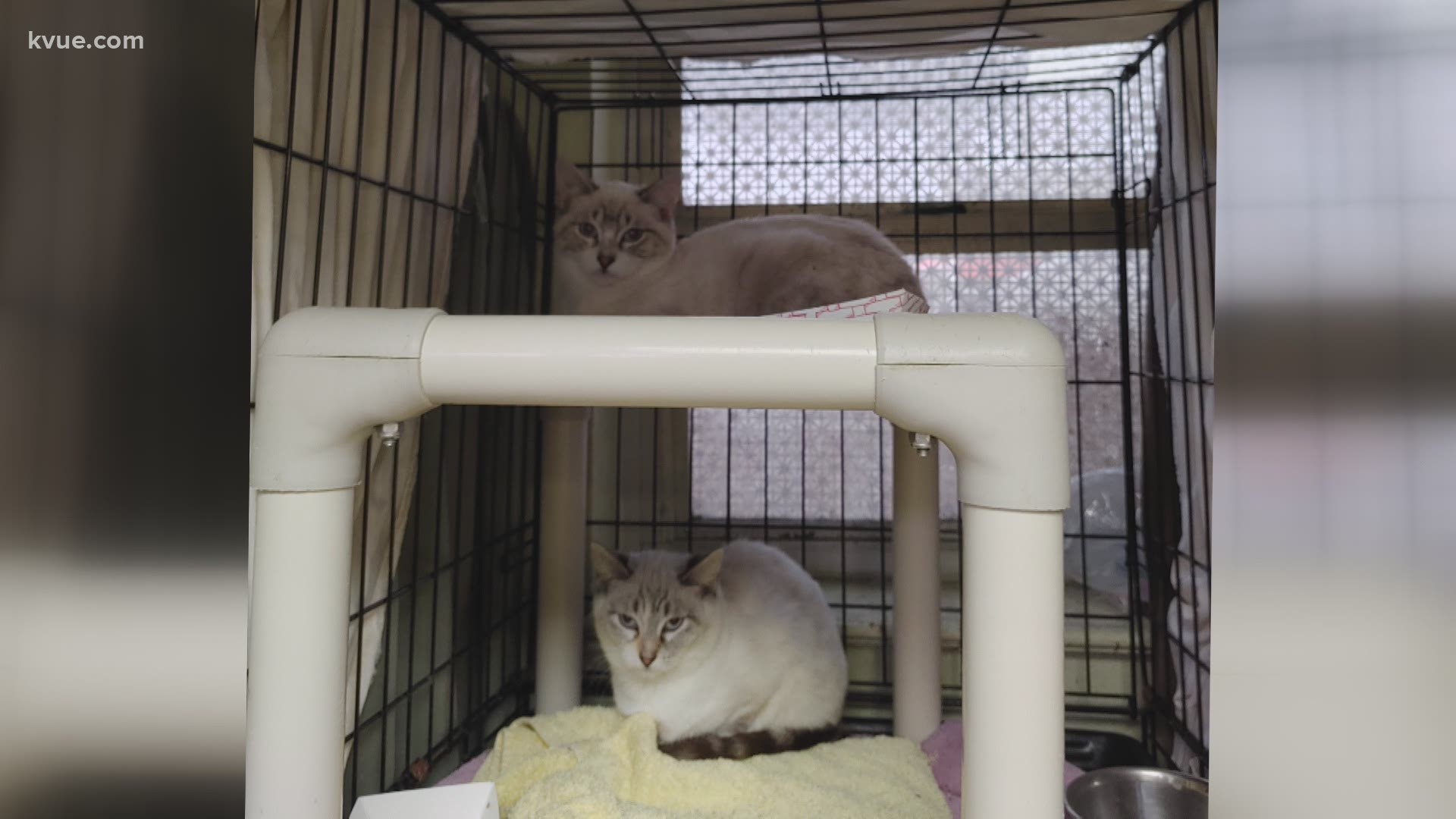 AUSTIN, Texas — Editor's note: The above video is about Austin Pets Alive!'s plea for donations prior to the winter storms in Texas.

Austin Pets Alive! is working with other animal shelters across the country to rescue pets affected by the winter storms in Texas. According to APA!, many of the animals were at risk of euthanasia because the shelters they were staying in were already full or lacked the resources to help them.

APA! has a goal of transporting 1,000 or more animals to shelters across the country within the next two weeks. Organizers are taking pets from several Texas cities, including Tyler, Dallas, El Paso, San Antonio, Devine, Gonzales, Laredo, and Harlingen. Shelters in Chicago, Salt Lake City, Denver and several other cities are accepting the animals.

In the aftermath of Winter Storm Uri, thousands of Texas pets entered shelters. Many of these pets are now at risk of euthanasia in shelters that are already full or lack the resources to help them. pic.twitter.com/qMZm9XUqcn

According to map APA! shared on Monday, they have saved 151 pets so far.

"Animal shelters can become quickly overwhelmed by infrastructure damage and increased intake following catastrophic weather events," APA! CEO and President Dr. Ellen Jefferson, DVM said in a blog post on APA!'s website. "After Hurricane Harvey, we rescued 5,000 animals. We’re using the lessons we learned then to save every cat and dog we can. We must act now because animals are at risk today."

Air and ground transports are planned for this week and next week. Merrick Pet Care gave APA! $10,000 to help get the pets to safety.

Texas shelters that need help sending pets to other shelters and shelters that are able to transport or receive animals should contact clare.callison@americanpetsalive.org. APA! is also asking the community to make donations to help with this effort.