Police said the man was a construction worker. 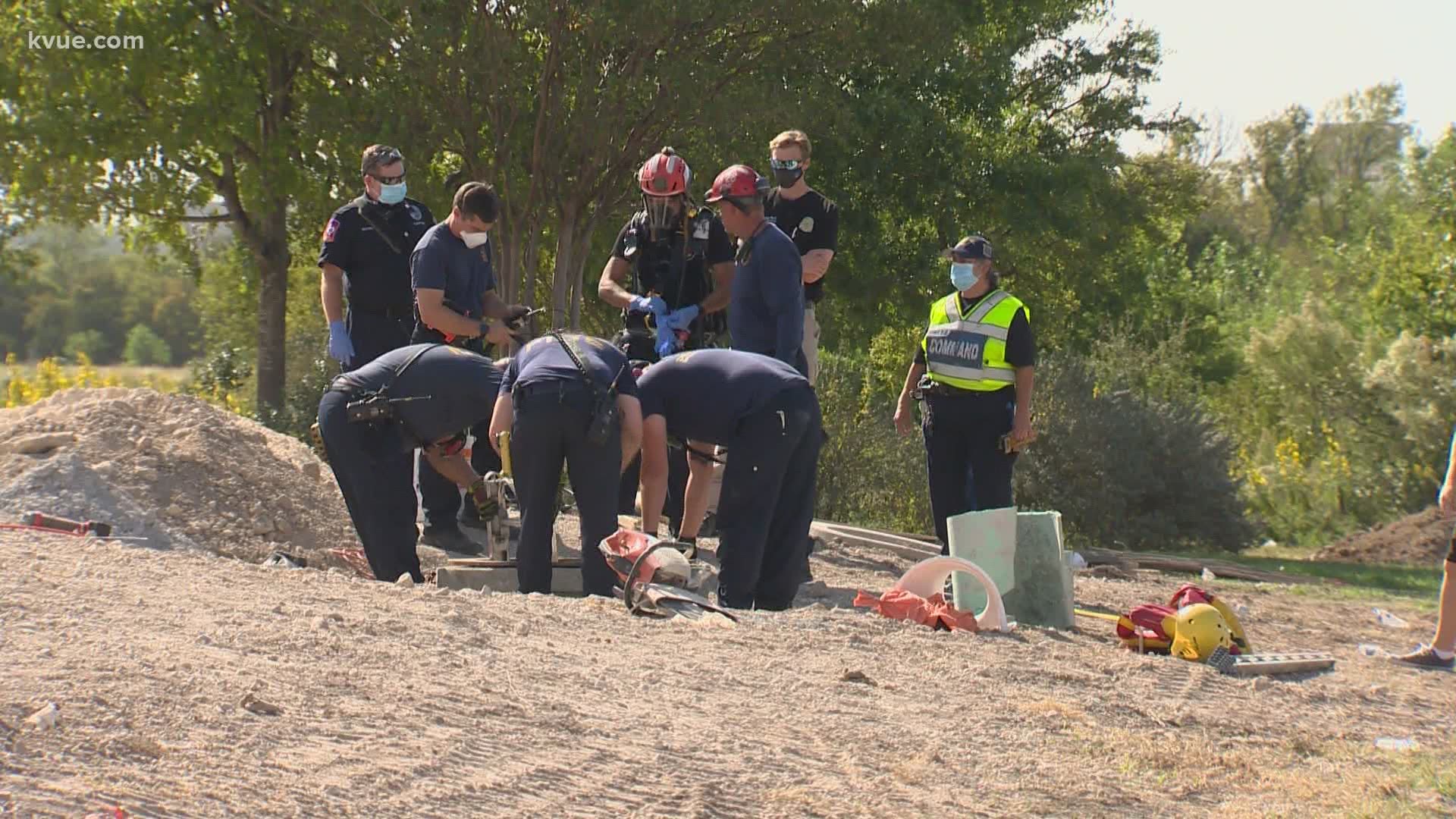 AUSTIN, Texas — A man has died after falling into a manhole in northeast Austin on Tuesday.

Around 2:45 p.m., Austin-Travis County EMS (ATCEMS) medics responded to a call about a person who had fallen into a manhole with rushing water near the intersection of Parmer Lane and McCallen Pass in northeast Austin. ATCEMS said the individual had disappeared from the bystanders' sight.

ATCEMS later said it was searching for a person in that area but the incident had officially transitioned to a recovery operation.

The Austin Police Department said the man's body was recovered around 6:45 p.m. at the Walnut Creek Wastewater Treatment Plant.

On Wednesday, police identified the man as 27-year-old Cristo Ramos. Police said Ramos was a construction worker that was working in and around the manhole at the time of the incident.

There are not believed to be any suspicious circumstances surrounding his death. APD homicide detectives are investigating how this incident occurred and the Travis County medical examiner will be performing an autopsy to determine cause of death.