The firefighters do not have life-threatening injuries. 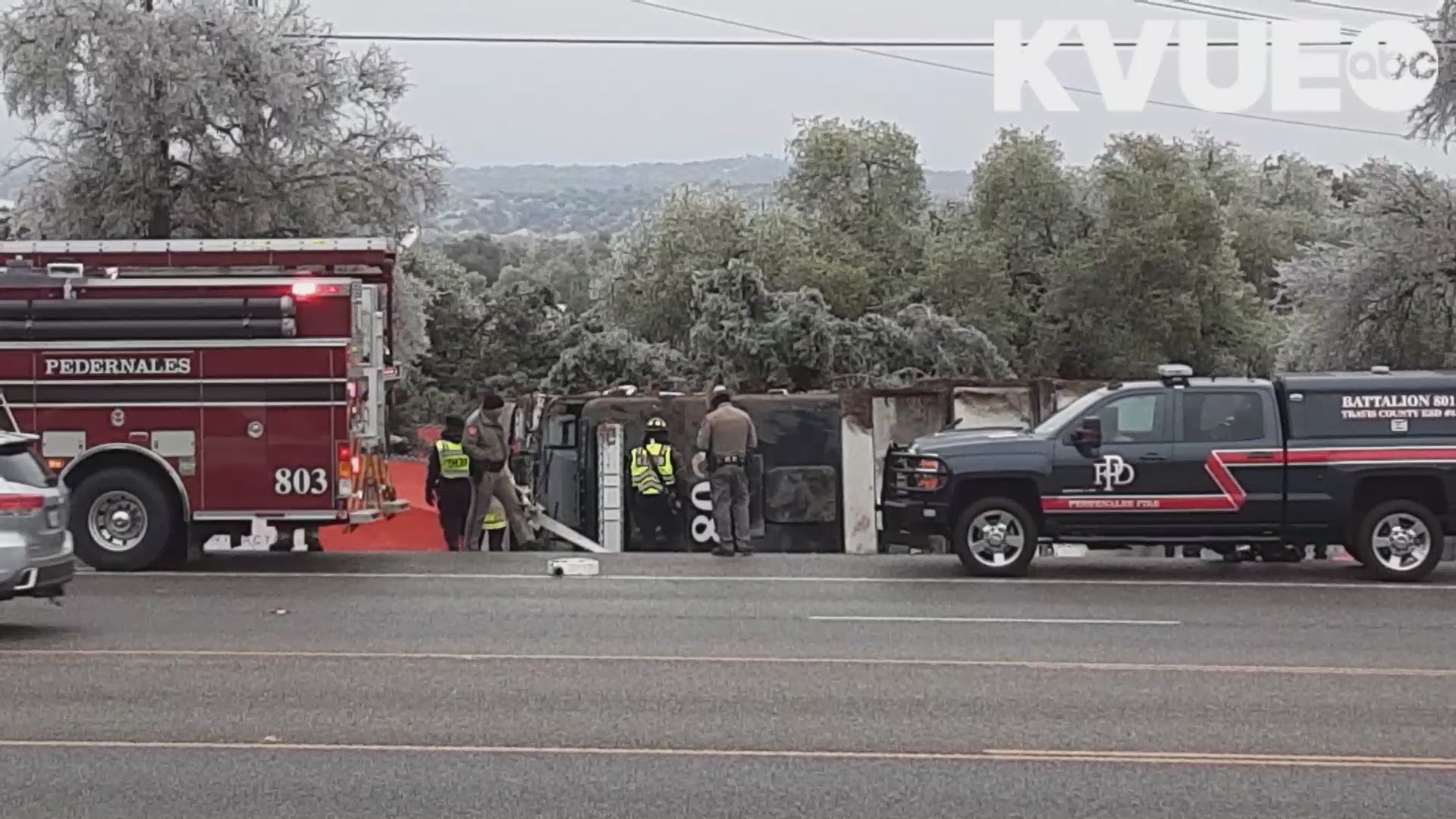 Austin-Travis County EMS confirmed to KVUE's Mike Marut that a Pedernales Fire Department truck rolled over at around 8:39 a.m. in the 16000 block of W. State Highway 71 Saturday. Four firefighters had non-life-threatening injuries and were taken to the hospital. They have since been released from the hospital.

The ATCEMS told KVUE that this crash demonstrates the importance of wearing your seatbelt. If the firefighters weren't wearing their seatbelts, this crash could have resulted in more serious injuries, ATCEMS said.

Crews with ATCEMS have been responding to crashes all over the area Saturday, with ice reported on all types of road surfaces. Typically, bridges, overpasses and flyovers are the main concern, but cold temperatures and drizzly weather have created icy conditions on many roadways in Central Texas.

If you crash on the ice, you're asked to stay in your car until first responders arrive, as they may be able to close the roadway.

Crews have also responded to at least 10 non-traffic related incidents since midnight. That includes people falling on ice.