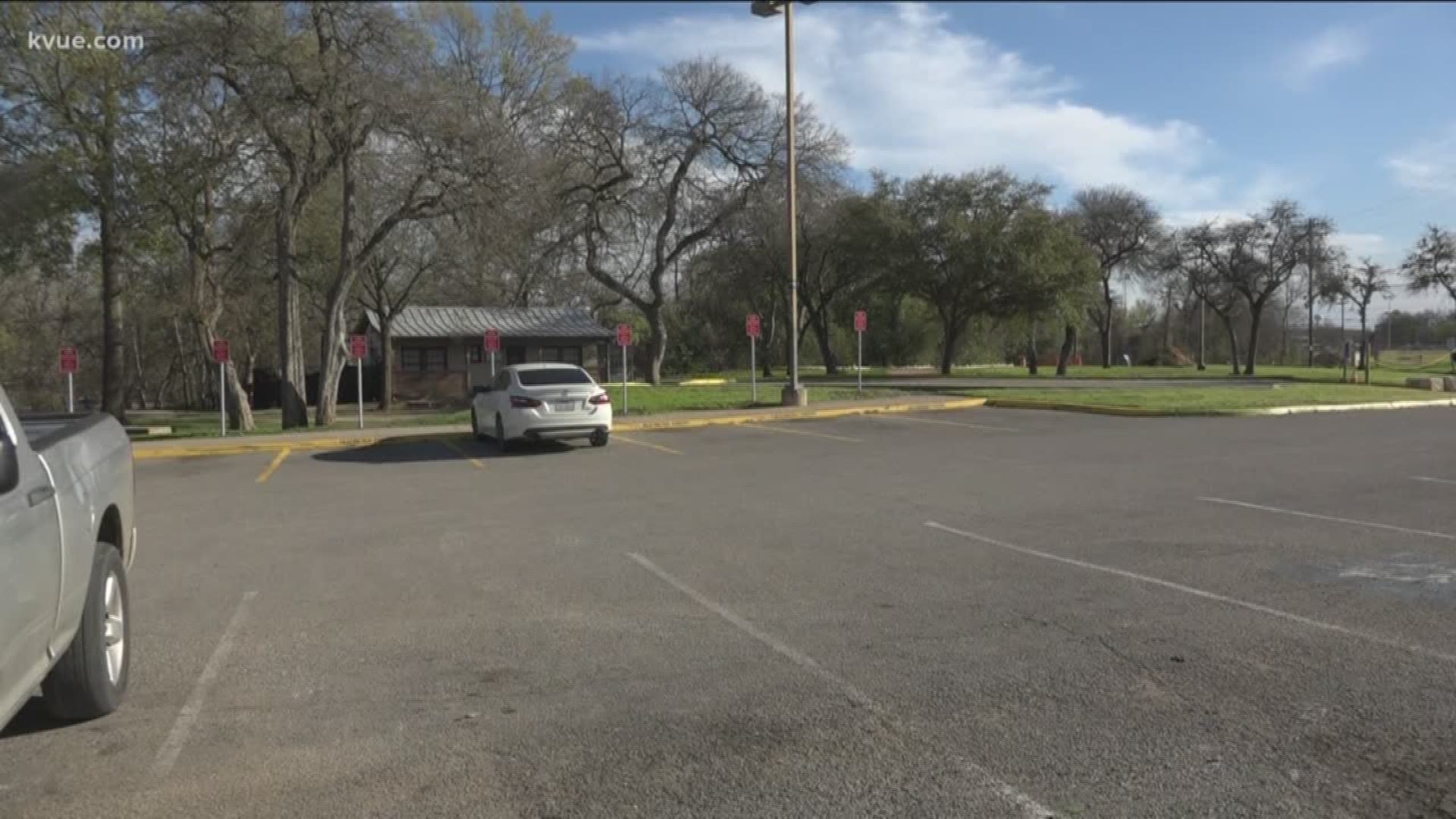 A member of the San Marcos Parks Advisory Board chimed in on Facebook to defend the City's actions of taking over the parking spots.

"It’s frustrating, but at the same time it’s like, 'OK, where else are they going to park?' You tell me. Anyone that has an issue with this, inform me,'" Joshua Simpson said.

After the conversation heated up on social media and an inquiry from KVUE, the City of San Marcos released information about why the spots were newly designated for public safety vehicles. The statement read in part:

"Because of the construction, the City had to realign parking spaces to ensure the protection of an identified archaeological area southeast of the parking lot and the Ranger Station along the San Marcos River."

Nate Price
Tried to warn y'all about paid parking coming to San Marcos. Now they just took half of the Rio Vista parking lot and made it for law enforcement only. Is this a park or police station? This is just...

One person on the Facebook thread said, "Why do they need all those spots??? It's hard enough finding parking as is this is just unnecessary! SMH."

As an advisory board member, Simpson said it's a long-standing problem.

"We have students parking at the river parks’ parking lots, so then people can’t park at those places and then they go park maybe in neighborhoods or what have you, and all we’re trying to do is get it to where we compartmentalize," Simpson said.

He added some of the comments were more anecdotal evidence and personal stories than hard data.

"What we see on the weekends, it’s usually out-of-town folks that are at our parks, at our rivers," Simpson said.

However, the spaces have not been monitored heavily this weekend, as a handful of drivers left their cars there to enjoy the San Marcos river. Simpson also added many people park in that area but don't use that park.

According to the City, the Shared Use Pathway Project should wrap up in the summer and return the parking spots to normal.

Read the full statement from the city below:

"Construction of the Shared Use Pathway Project, jointly funded by the Texas Department of Transportation (TxDOT) and the City of San Marcos, is underway at Rio Vista Park. Because of the construction, the city had to realign parking spaces to ensure the protection of an identified archaeological area southeast of the parking lot and the Ranger Station along the San Marcos River.

Due to the path alignment and identification of artifacts including flint rocks, the project necessitated the removal of 12 spaces that are currently used by the City of San Marcos Public Safety Department personnel. As a result, seven dedicated spaces will be provided in the adjacent lot for their use.

About the Shared Use Pathway Project: This Texas Department of Transportation project will provide connectivity between downtown San Marcos, multiple city parks and Texas State University. The 1.7-mile long, 10-foot wide ADA-compliant bicycle and pedestrian concrete trail will feature enhanced safety measures including below-grade crossings at Cheatham Street and the railroad right-of-way at Rio Vista Park, as well as lights along the trail corridor. It will tie into an existing trail east of the Hopkins Street Bridge and end about 205 feet west of the IH-35 southbound access road."