The City of Austin hopes the boxes will help limit the number of scooters that impede pathways. 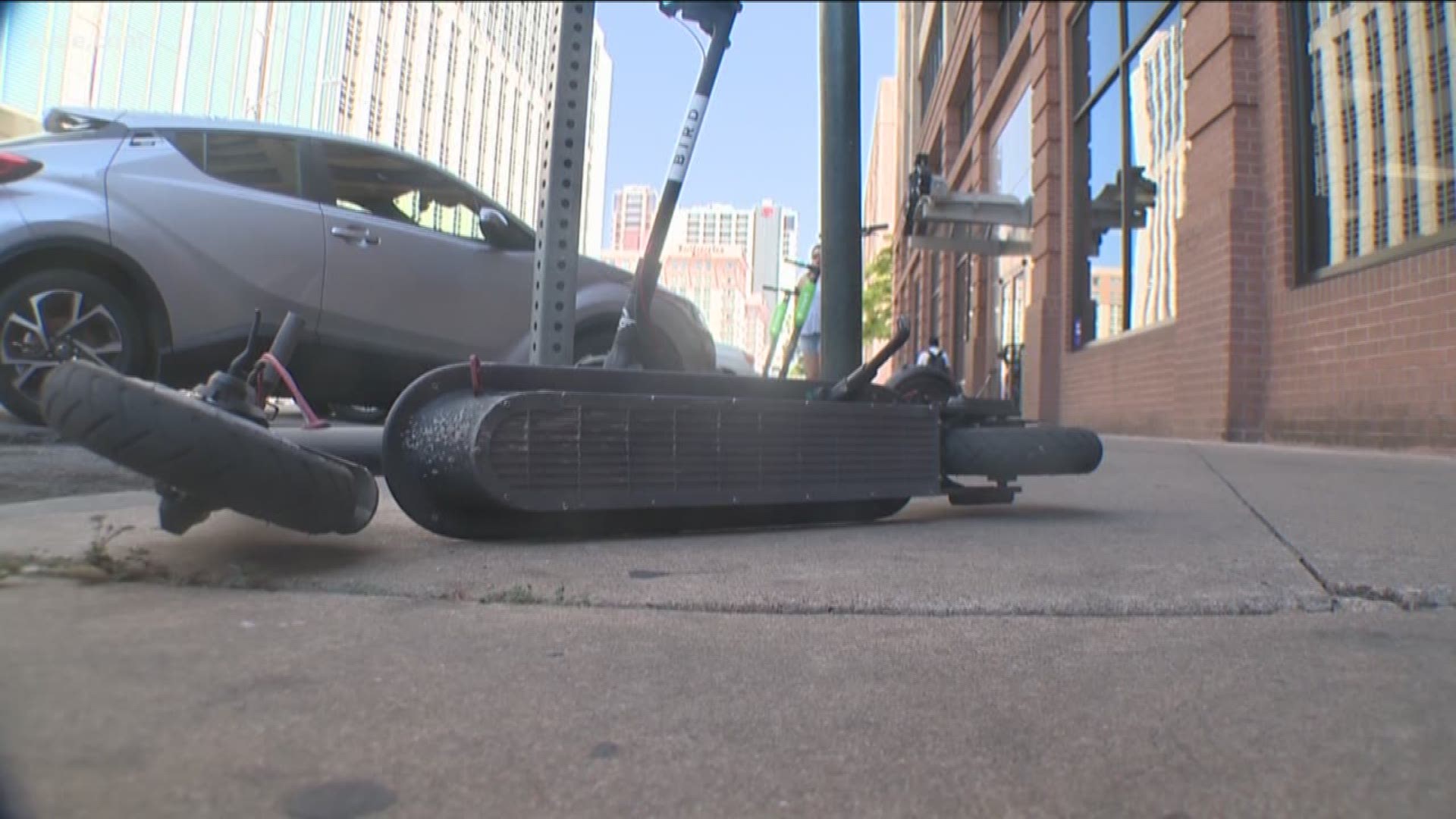 AUSTIN, Texas — If you're planning to zip around Austin on two wheels, you might want to keep an eye out for a new place to park your electric scooter.

In an effort to encourage Austinites – and the city's visitors – to park their dockless scooters and bicycles in areas that don't affect the pathways of pedestrians and vehicles, the City of Austin will soon begin placing designated parking boxes around Austin.

Some say it's a pretty good idea.

"We've seen them spread out a lot and it's just kind of dirty-looking in the area, so having these would probably help the aesthetic of the city," Reid Rogan, who was visiting Austin from College Station, said.

In total, there will be seven new parking boxes.

RELATED: How to not act like a local in Austin

RELATED: Austin's dockless scooters by the numbers — what the city is doing to control it

The first box was installed Friday morning at 221 W. Sixth Street. Other parking boxes will be placed at:

UT students could pay a $150 fine with new scooter rules