Own Your Own Universe helps bring people together, all starting with founder's epilepsy

After having her first seizure in the early 2000, Terri Hendrix started the OYOU to bring people together and share their stories. 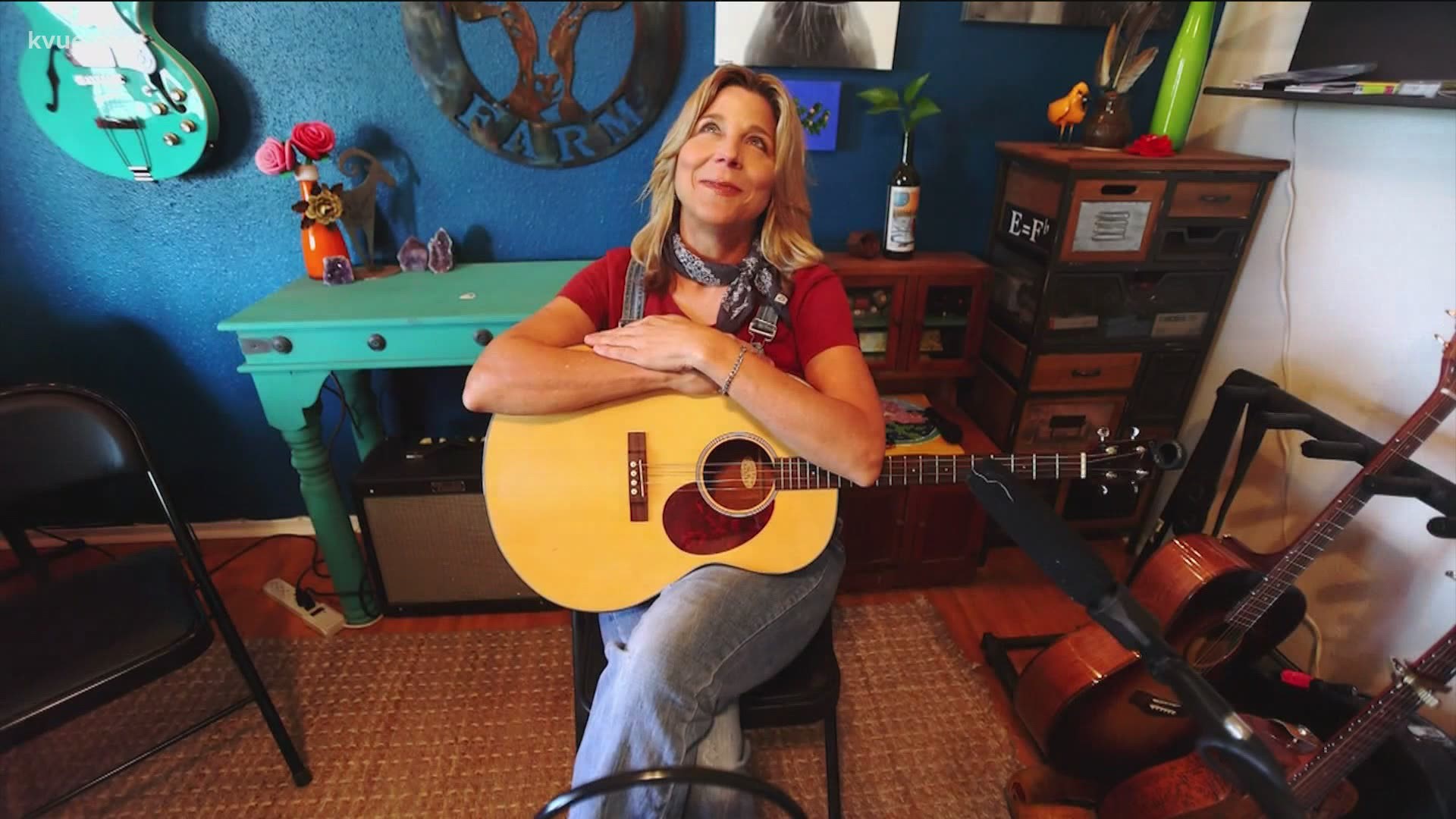 MARTINDALE, Texas — Working through difficulties together. That's what a musical organization out in Hays County does all the time.

It's a community brought together by music, through an organization called Own Your Own Universe.

"With the OYOU, we have these workshops, and a big popular program we have is our women's music group," said Founder Terri Hendrix.

It's a way for budding and seasoned musicians to connect and learn, and it all started with Hendrix's own journey with music.

"Around 1990, I started my own record label, and then I met Lloyd Maines around 1997," she explained. "Then we did a record called 'Willory Farm' and started to tour based on radio support."

But in 2003, Hendrix had a seizure and was diagnosed with epilepsy.

"I felt like working with people that had disabilities and saying, 'Hey, you know, in spite of a disability, I'm out here performing and across the country in spite of what many perceive as a disability. It's not stopping me. And if I can do it, you can do it,'" she said.

Hendrix started the OYOU to help people through difficult things. This is a project that she said she would have never done if it wasn't for her epilepsy.

"I would not have. It's only because of having epilepsy that I started the OYOU," she added.

OYOU is also a chance for other people to share their stories too. People like Dianne Olson.

"I started coming to OYOU to learn more about music. I've been doing music since I was a little kid. The reason I keep coming back, honestly, is for the community. The community is way beyond the music it's just wonderful," said Olson.

Dianne Zweig also shared her story with the OYOU.

"My husband and I wrote songs for a long time, and then he passed not long ago, and I had some friends that really wanted me to continue with my music. It got me through the grieving process and also back on the road to songwriting," said Zweig.

And Jeanne Ply shared her story too.

"Well, I followed Terry Hendrix's music since the '90s, I think. And I have a daughter with disabilities, and I would always take her to the concerts and we would go up and talk to Terri afterward. And Terri always paid so much attention to my daughter, Heather," she said.

If you want to learn more about the OYOU, you can click here.

Gov. Greg Abbott says Texas will build a border wall, but doesn’t yet give details on cost or location