Overall crime in Austin down during COVID-19 pandemic, but violent crimes are up

The Austin Police Association explains one likely reason for the increase in violent crimes. 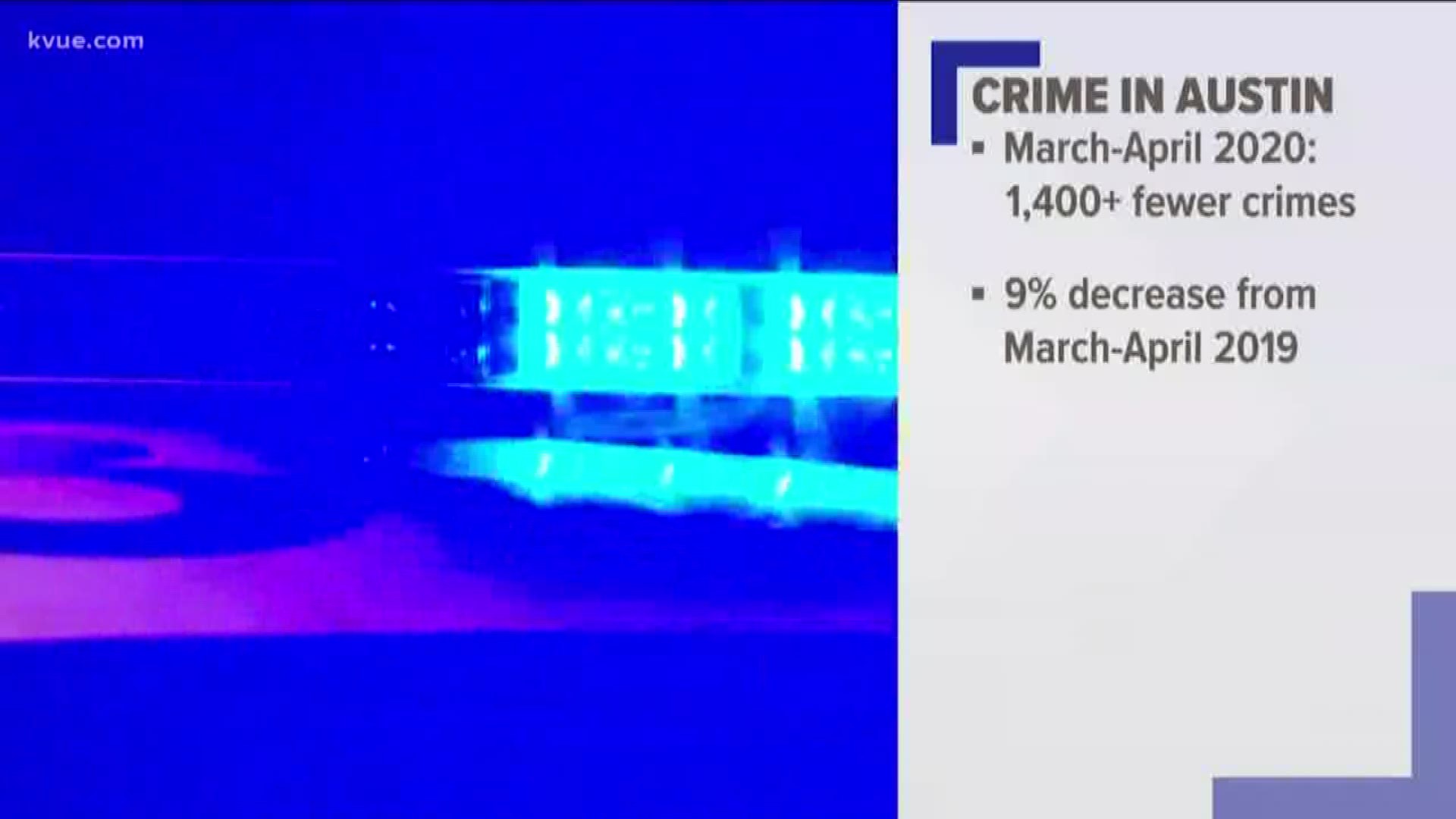 AUSTIN, Texas — The COVID-19 pandemic is forcing people to make a lot of changes, and some of those changes are likely impacting Austin's crime rates.

According to Austin Police Department data, there were 1,451 fewer crimes in March and April compared with the same period last year, a 9% decrease.

The reduction in crime is likely due to the cancellation of SXSW and the stay-at-home orders implemented in the Austin area.

GALLERY: Crime down in Austin during pandemic, but violent crimes are up

Between March and April of 2020, there were a total of 661 auto thefts compared with 512 auto thefts during the same period last year, according to the data. That's a 29% increase.

Austin Police Association President Ken Casaday explained to KVUE why we're likely seeing an increase in these types of crimes despite fewer people out and about.

Man arrested for trespassing dies after being put in handcuffs, Austin PD says

Austin has also had six more homicides so far this year, compared with this time last year. Casaday said the increase is "concerning."

If you'd like to see crime rates in your neighborhood, visit the Austin Police Department's Crime Viewer.