After making a miraculous recovery from a serious injury caused by a drive-by shooting, Tieisha Lee found catharsis through cooking. 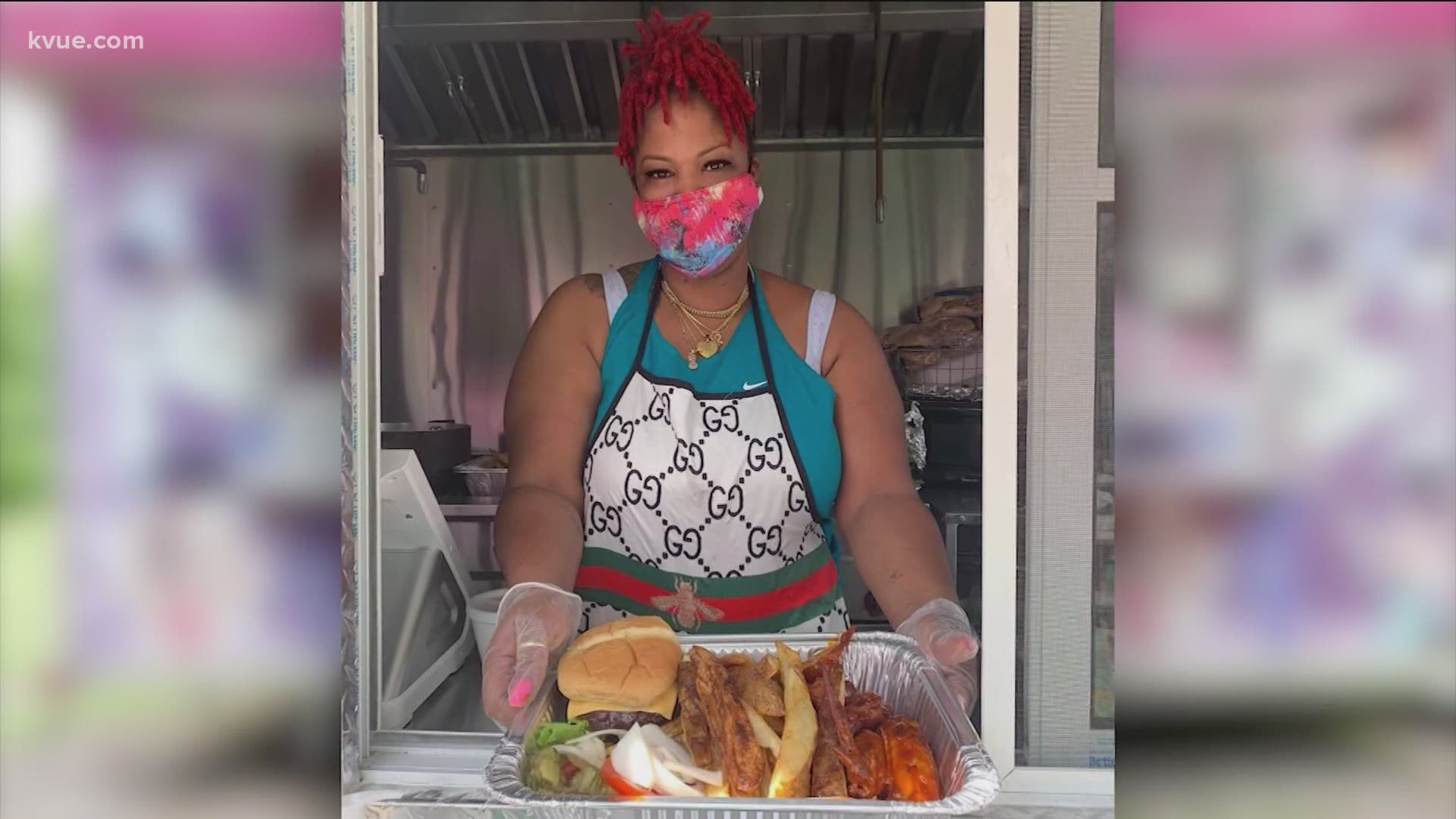 "I love to cook because I love to eat. I love to feed people," Lee said.

She started cooking as a child at age 12, but she seriously picked it back up as an adult during a very painful time.

"About four years ago, I really wanted to do something to keep me out of the house because I got shot in the head and in the back when I was 20," Lee said.

She was an innocent bystander at a party in Givens Park when a drive-by shooting occurred.

"Not intended for me, but I was there. It was the wrong place and wrong time," Lee said.

After making a miraculous recovery, she focused on cooking. She calls it cathartic and says feeding others gives her purpose.

"During the [winter] storm, they had kind of needed people to help donate here. I cooked some stew and some chicken caldo, you know, to feed them. And they came and got it. It was so amazing," Lee said.

You'll often find her whipping up some hearty meals from her food truck, Mama'z Soul Kitchen, located off Wellington Drive.

"It’s more soul food, but I also have my seafood days, my steak and lobster days," Lee said.

Aside from her business, she also caters. And every few months, Lee opens up her pocketbook and feeds strangers for free. She calls it "community feeding."

Her plates are plentiful. She posts on social media, and anyone can show up and get a free meal.

"I mean, we had a line, we had a line and I baked chicken ribs, spaghetti, green beans, corn. And I gave all that on one plate," Lee said.

It takes a special person to give back and just open up their heart and their kitchen to others. So KVUE and Charles Maund Toyota rewarded Lee with $1,000 for paying it forward.

"I am going to take that for July 4th and use it towards that. That way I don't have to pay out of pocket," Lee said.

July 4 is her next community feeding.

Lee is a gem, and her generosity isn't lost on the community. She's been through some hard times and now focuses on helping others get through theirs.

"I mean – because if something [is] just laying around or you don't want it and you have no use for it, give it away. You know, give it away. Someone's hungry, feed them. That’s how I’ve always been," Lee said.