Melissa is planting seeds, love and hope in her community. 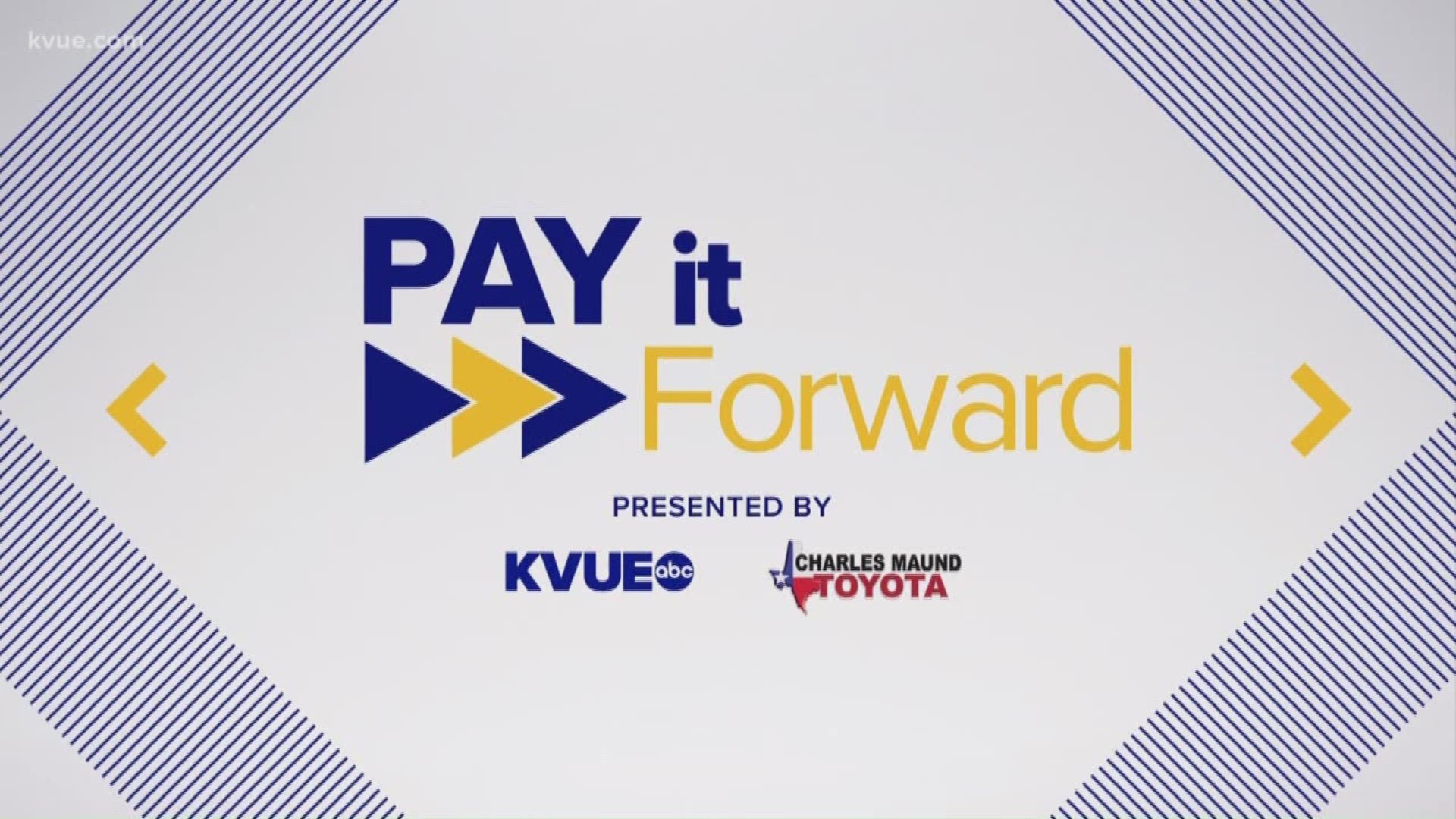 AUSTIN, Texas — August's Pay It Forward award goes to an extraordinary woman who celebrates her birthday by going out and buying groceries for families in need.

She even hosts Thanksgiving dinner for her community every year and has been doing so for the past 39 years!

"She has such a big heart. I just admire her," said Kim Beck, who has known Puntenney for more than 20 years and nominated her for the Pay It Forward award.

Melissa Puntenney has planted little seeds of love, hope and kindness throughout her entire life. Most recently, she met a homeless man named Cowboy under a bridge at the Loop 360 and MoPac Expressway intersection two years ago on her way to work.

She would drive by his tent and ask how he was doing, maybe hand him food – until they got really close. She helped him find a job and a place to call home at the Community First! Village, where he works on the property to earn money to pay for his rent.

"There were times I would leave from under the MoPac bridge and leave my stuff there. I would come back in the middle of the night, and it's gone," Cowboy said. "I'm truly grateful to be here because I ain't got to do that no more."

Puntenney said her actions are a reflection of the help she received herself.

"But see, people had to help me, you know, when I was a single mother with a baby and I wasn't making very much money," Puntenney said. This guy that I knew came and brought my son all these things and took me to an ATM, which I've never seen before and pulled money out this machine and handed me $300, which was like half of my salary for the month. And he was moving to another state and I was like, 'I can never pay you back' and he was like, 'Someday, you'll be able to help somebody too.'"