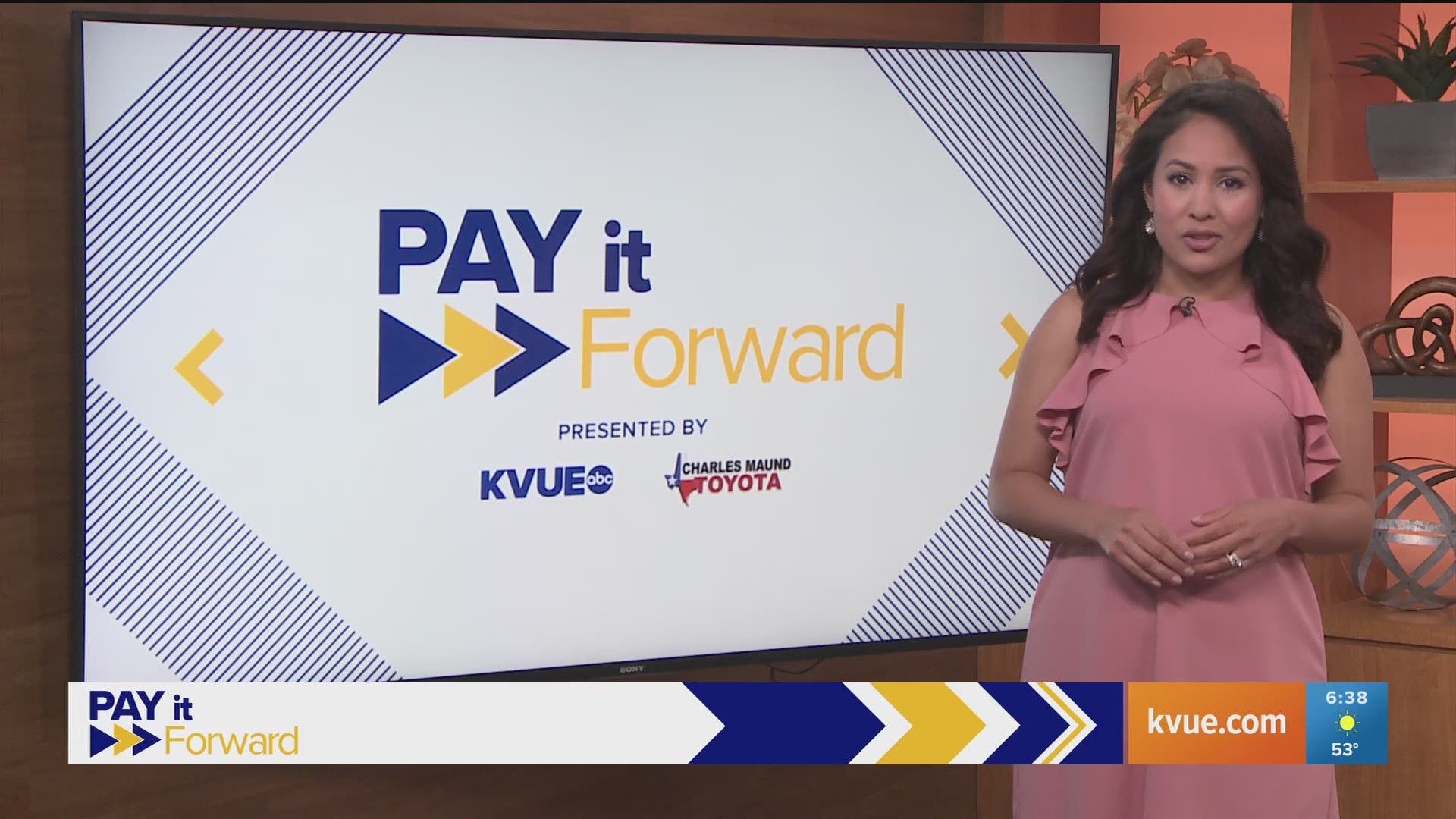 AUSTIN, Texas — KVUE and our partners at Charles Maund Toyota want to help pay it forward to good Samaritans who goes above and beyond in helping others by rewarding them with $1,000!

Smith was diagnosed with ALS – or amyotrophic lateral sclerosis, often referred to as "Lou Gehrig's disease" – back in 2014. It's a disease that destroys the connection between your brain and muscles, slowly taking away your ability to walk, talk and eventually breathe on your own.

Doctors told Smith he wouldn't live a long life. But instead of shutting down, he sprung into action, fighting for others with ALS.

He created Every90Minutes, a nonprofit organization for people with ALS. It's named for the fact that every 90 minutes, a person is diagnosed with the disease.

Smith's wife of 18 years, Melissa Mekosh, has been by his side every step of his fight.

"I think the reason why Jay's been so successful in his fight is because he was able to bring in people along the journey very early on, when it wasn't so painful to look at. He was still doing things, he was walking. I think sometimes they dub this disease as the 'look away disease' because it is so painful to look at. But he was able to write about the disease and do things. It was kinda step by step, and people have been involved the whole six years," Mekosh said.

And his work doesn't stop there. Smith is a tech genius and invented a program, Eyedrive, which gives people the ability to drive their wheelchairs with their eyes.

Smith sells it for no profit. He said he just wants to help others.

"Larger than life, he's always been. The funniest guy in the room – and the most handsome. I'm biased, of course," Mekosh said. "He's always been the most loudest in the room, funny charming and never sat still."

"It's really cool because he doesn't like to give up on things. He just keeps on going," Shine said.

When KVUE asked Smith how he felt about life at this very moment, he said:

"That's a loaded question. Life is beautiful, curious and unpredictable. We tend to spend too much time working and collecting material things and sweating the small stuff and if my disease has taught me anything, [it] is to focus on things and people that matter and to spread love in any way and as often as we can."

If you know anyone who is going above and beyond in their community, you can nominate them for Pay It Foward here.