Principal Ilker Yilmaz stepped in to help when he saw someone in need. Now, he's paying it forward again. 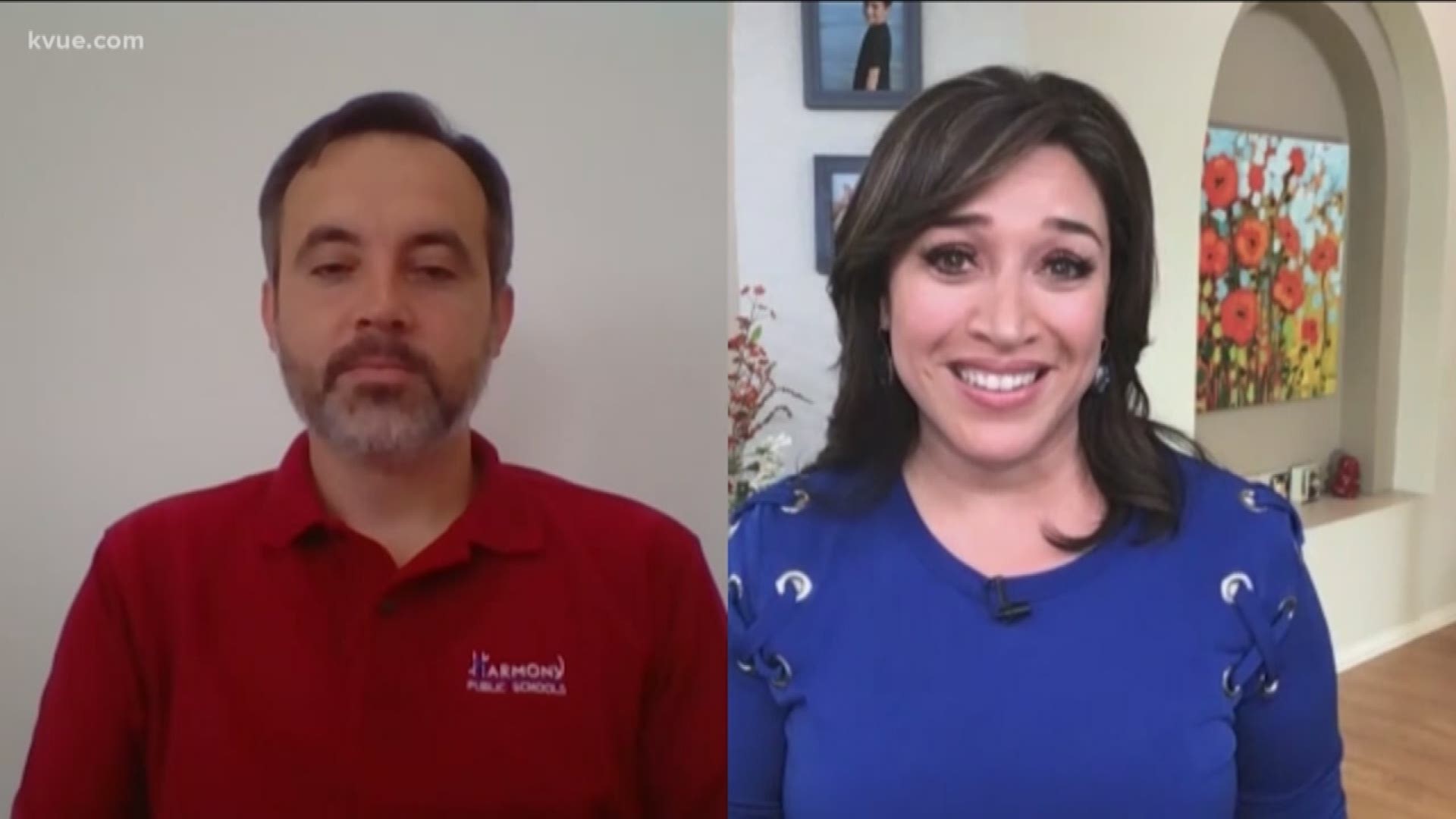 CEDAR PARK, Texas — It's been more than a month since the coronavirus prompted schools across Central Texas to close, but the learning for everyone continues.

In this week's Pay It Forward, Ilker Yilmaz, the principal at Harmony Science Academy Cedar Park, is teaching us all about kindness and humanity and what it takes to make a school great.

"He cares about everybody. He wants to make sure everybody is happy," Orsun said. "I would say he's a very well-caring person."

Yilmaz leads a campus of about 600 students, teachers, and staff.

But there was one person he was especially concerned about after the campus closed due to the COVID-19 pandemic.

"We have one person who's taken care of our school, but since he works with a third party, unfortunately, he's not able to get paid," Yilmaz said.

Mr. Felipe Nunez, the beloved parttime school janitor, was out of a job. Principal Yilmaz stepped in to help and started a staff fundraiser.

He said Mr. Felipe takes a look of pride in his work.

"He is a great man," Yilmaz said. "When something needs to be done, he is out there to help. It doesn't matter if it's a parent, student or teacher. He is so helpful to everybody."

Orsun said Yilmaz understands the value of each employee and what every person brings to the table. They're a family.

"That made me think that Mr. Yilmaz has been doing and going beyond what he's trying to do as a principal," Orsun said. "The love in that campus, you can really feel it. And that's why I wanted to recognize him as the leader of our campus."

On behalf of KVUE and Charles Maund Toyota, Principal Yilmaz was awarded a $1,000 check to thank him for paying it forward.

He said he plans to Pay It Forward by giving the check to Mr. Felipe.

"I'm sure he will be so happy for this," Yilmaz said.

KVUE reached out to Mr. Felipe, who said he has "faith that things will get better soon for all of us."

If you know someone going above and beyond in your community, please nominate them at KVUE.com/PayItForward.