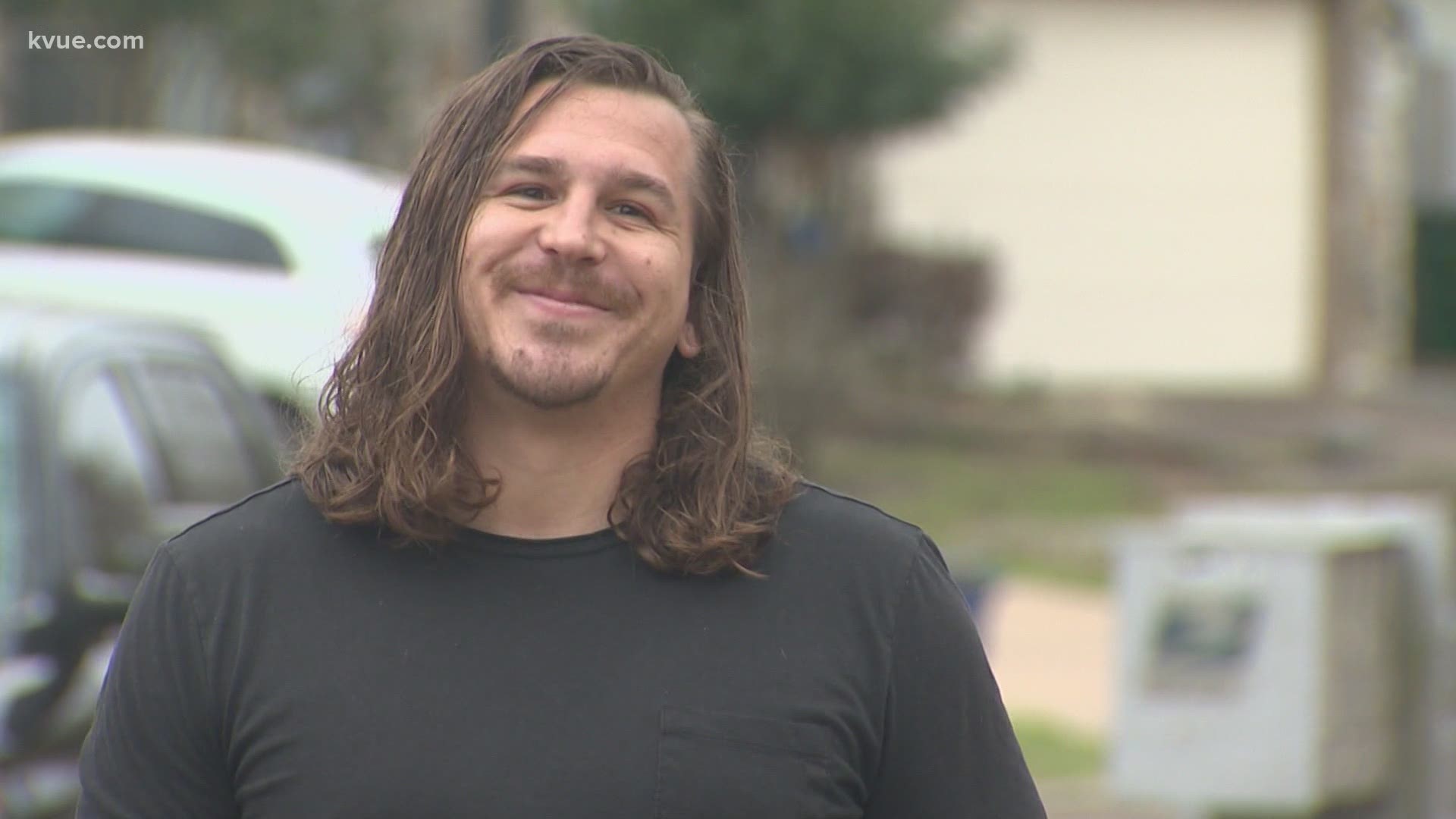 AUSTIN, Texas — This time last month, we were in the midst of an historic winter storm. But among the chaos, we found stories of kindness – ordinary people doing what they could to help others.

KVUE met one such person, in this month's Pay It Forward.

“I was kind of almost in pure panic mode, seeing the shelves, knowing that we have three growing boys that eat a ton of food and cleared us out pretty quickly the first couple of days,” said parent Kristen Otero.

Like all parents, Otero was anxious. She and her husband, JC, needed a few more essentials to get them through the long week.

“We were actually just finishing up dinner – some corn dogs and beans, leftover beans, and we hear the door knock,” said JC Otero.

It was Conner Strebe.

A complete stranger had come to their rescue.

“Then he goes back to his car and he's grabbing more, and I just lost it,” said Kristen Otero. “I just started crying and I said, ‘I can't thank you enough for what you're doing because there are children that are in need.’”

Strebe is a volunteer mentor at the foster care nonprofit where the Oteros had met their children. It's called Austin Angels.

When the storm hit, he was stuck in California and there were four days straight of canceled flights. There was no possibility of getting back to Austin so he flew to Dallas. Then he hitched a car ride home with a friend.

“The snow was treacherous,” he said. “I mean, even in my SUV, I was sliding all over the place. I knew people needed groceries and water. I knew that Dallas had a lot more of it, so I stocked up at the grocery store there.”

From Dallas to Austin, Strebe kept stopping at convenience stores, grabbing as much food and water as he could. Then he took to social media to see who needed it.

“I spent hundreds of my own, but we raised about $2,000 from my friends and family that wanted to help out,” he said.

He made the rounds, delivering to homes with foster kids and seniors, even using his plumbing experience to help people with busted pipes.

The Oteros were beyond appreciative.

“I get a little emotional because they said that they really didn't have any food and they're very grateful and very thankful,” said Stebe. “Even after I left, I just sat in my car and cried because it's just crazy that people are worried about where to get food and water for their kids.”

His brief idea made a lasting impression on so many families, during such a trying time.