A local nonprofit is making music accessible to all students. 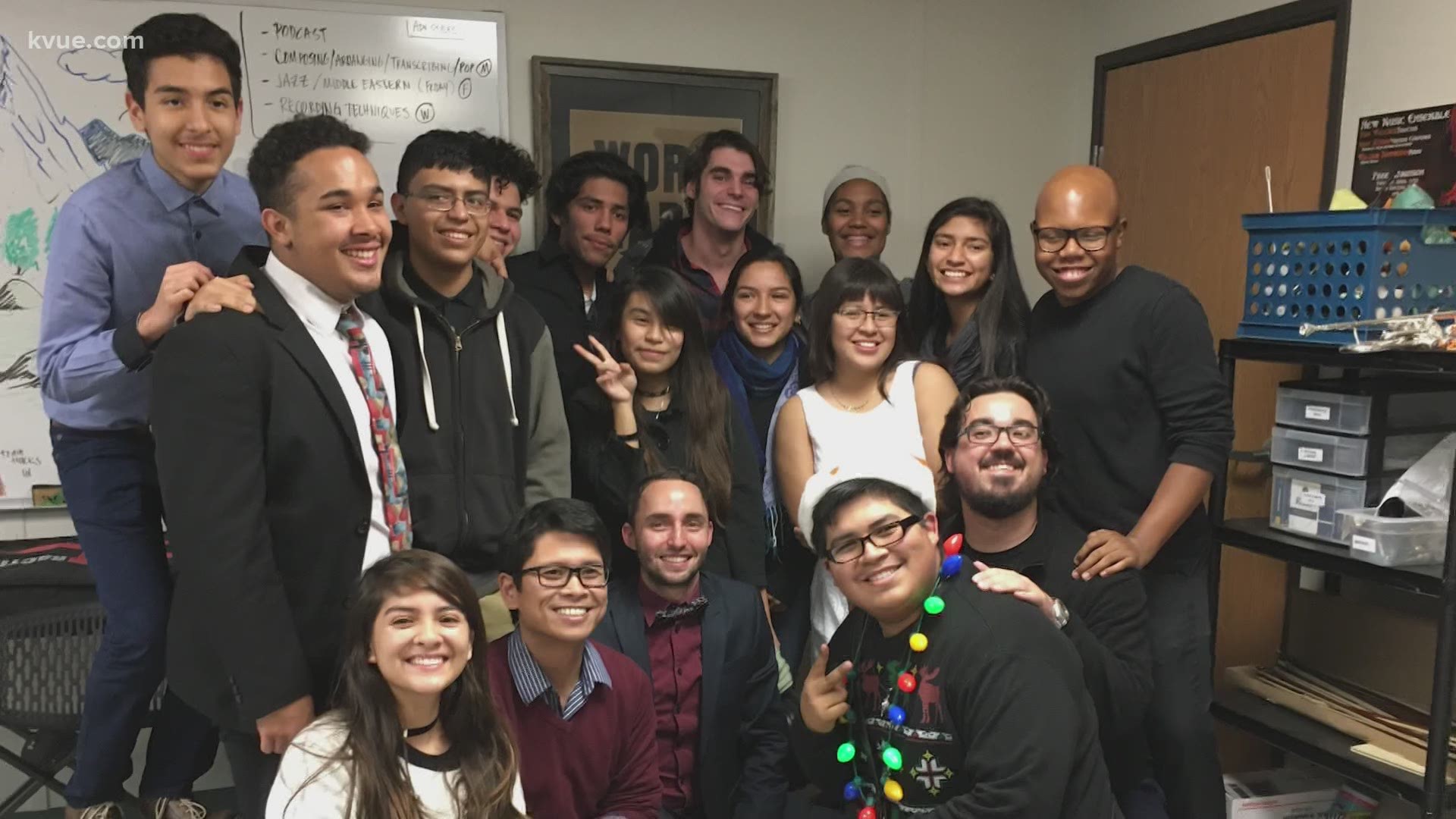 "I fell in love with music I want to say in middle school, that's whenever I heard a few composers such as Bach and then Chopin," he said.

There was an instant connection.

"I chose violin and I've learned to love it even more and more every day," Olmos added.

Now a 19-year-old sophomore at Sacramento State University in California, Olmos is on his way to turning that passion into a profession. Currently, he's a performance major.

But none of this would have been possible without Dr. Teresa Lozano-Long and Austin Soundwaves, a music education program for youth across Central Texas. Dr. Lozano-Long co-founded the nonprofit nearly 10 years ago.

"This program is around the world. It's all around the world, believe it or not. And if you watch TV, sometimes you will see a big orchestra, like a symphony in London and Germany. These kids will be playing with these outstanding musicians because, through this program, they get trained and they get to know about classical music," Dr. Lozano-Long said.

The program first partnered with East Austin College Prep, where Olmos attended. Now it's offered at 14 schools in Austin and Round Rock.

Students have access to instruments, professional lessons, summer programming and workshops around the country, including the prestigious Interlochen Arts Academy in Michigan.

"I got to travel everywhere, such as D.C., Tennessee and also California, and then make connections with different people," said Olmos.

And through these connections, students have met outstanding conductors, like Gustavo Dudamel, a renowned music director for the Los Angeles Philharmonic.

Dr. Lozano-Long believes music is an entry point to help students excel in all areas of life.

"I have always enjoyed the arts, as well as my husband, and I've seen the benefits that come from those programs," she added.

100% of high school seniors in the program have graduated and been accepted to colleges here in Texas and across the country.

KVUE and Charles Maund Toyota donated $1,000 to Austin Soundwaves for all the good work they've been doing. Their students are no doubt indebted to Dr. Lozano-Long and the nonprofit. It's introduced them to new friends, experiences and talents.

"I never knew this part of the world existed, the music world," said Olmos.

He said he's taken what he learned through Austin Soundwaves and he's applying it in college. When he's not performing, he teaches elementary, middle and high school students music.