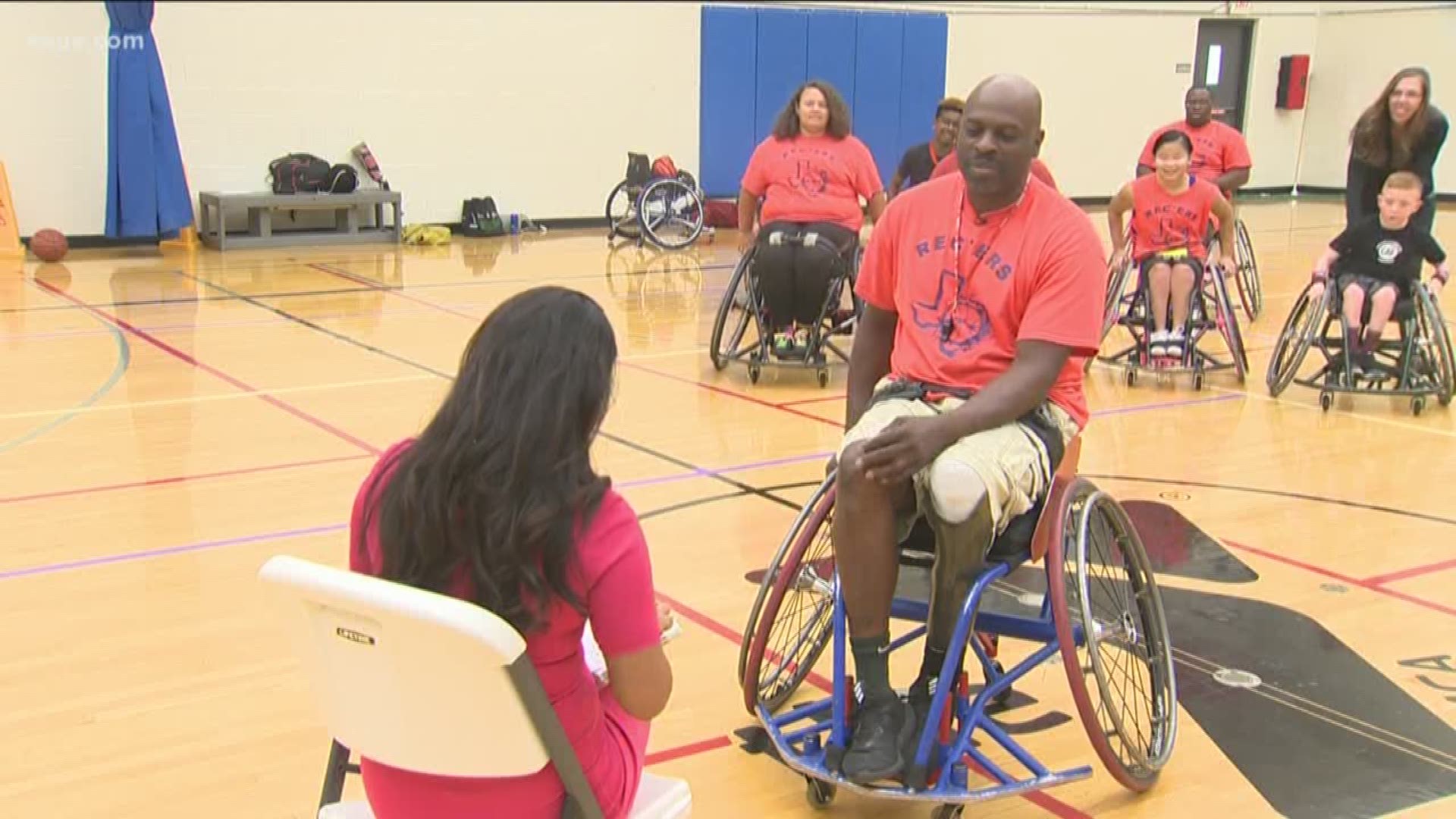 AUSTIN, Texas — In high school, Lee Brown was a promising athlete. Arizona State University had given him a full-ride scholarship to play basketball.

But one day, everything changed.

"The day he was injured was our first day of our date. We were at my house. He had just bought a motorcycle. He was young and wanted to test the motorcycle out."

That test changed their lives forever.

"First of all, when I woke up I didn't know what happened, I didn't even know I lost a leg," Lee Brown said.

He's a natural athlete. He told KVUE his accident wasn't going to stop him.

"In amputee track, I've been to three Paralympic Games. And pretty much the same held in conjunction with the Olympics. Did Barcelona, Atlanta and Australia," he said.

Men like him could play wheelchair basketball, but in the Austin-area, kids could not. So, he created ATXAbilities.

It's the only wheelchair basketball organization in Central Texas for kids between the ages of six through 12.

The closest organization of this kind is in San Antonio, Lee Brown said.

"She was shot in the back and was left paralyzed from the waist down," said Deanne Croan, Lealani's mother. "And she and her sister came to live with us as foster children, then we adopted them."

Lealani Croan and her mom said being part of this organization has made all the difference.

"Well, I don't think I could've been as physically healthy and strong as I am now if I wasn't part of this. It's really helped me persevere through all the things that have happened," said Lealani Croan.

Lealani and Brown have become so close, he is now her godfather. It's relationships like these that push him to work harder, he said.

He told KVUE he would like to open up his own recreation center for kids with disabilities in the future.

Girl found dead in suitcase in Texas may be from SE Arizona, new data reveals