KVUE's Pay It Forward program recognized one individual each month that is going above and beyond to give back to their communities. 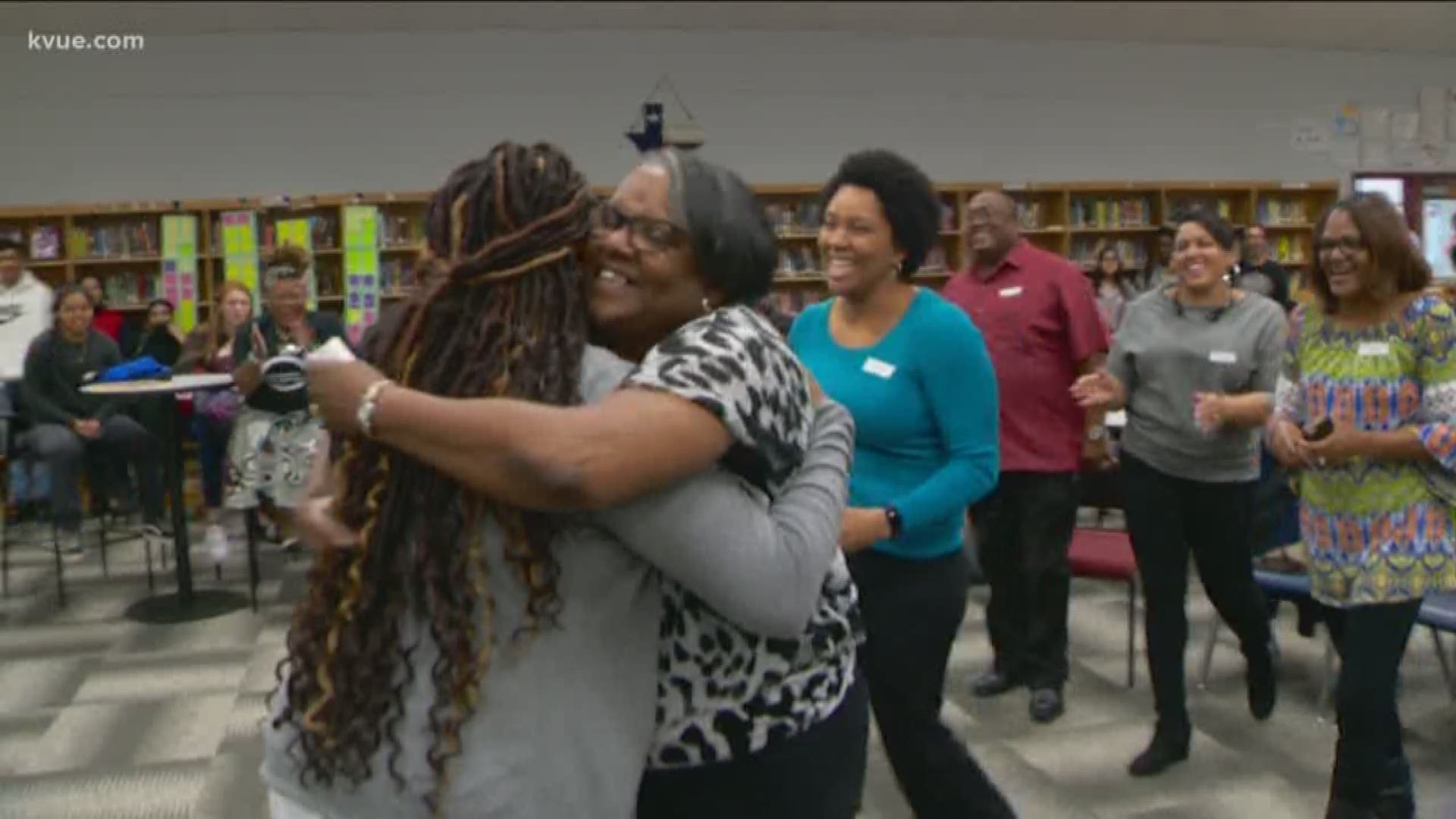 From Jan. 14 to Dec. 31, as part of its Pay It Forward program, KVUE gave $1,000 to one deserving person each month who was nominated by members of the Austin-area community.

KVUE wanted to end the year by recognizing all of the Pay It Forward award winners from 2019.

To watch the full "Year In Review" special, click here.

In January, the first winner was announced as Becky Nichols with the Loving Libbie Memorial Foundation. Nichols lost her daughter to leukemia at just the age of 5.

Fueled by her love for her daughter, Nichols created the Loving Libbie Memorial Foundation, which is the only program in Central Texas that supplies pediatric cancer patients with comfort foods while undergoing treatment.

February's Pay It Forward winner, Cynthia Roten, teaches a weekly Camp Gladiator workout camp where she's been able to make an impact on many of the lives of her campers.

"Well, that's one thing I noticed about Cynthia, as a person, not only does she want to help her campers and helps be the best we can be, but she always [finds] ways for us to reach outside of our community," Jenn Monshaugen, Cynthia's nominator, said. "For example, she sponsored a 'coats for kids' drive in December and gathered up the campers to donate coats for the drive."

In March, Jay Smith with Every90Minutes was awarded the $1,000 prize. Smith was diagnosed with amyotrophic lateral sclerosis, also known as ALS or "Lou Gehrig's disease," in 2014.

Since then, Smith went on to create Every90Minutes, a nonprofit dedicated to helping people with ALS. He has also invented a program, Eyedrive, which lets people drive their wheelchairs with their eyes.

Smith was nominated by a family friend, Carter Shine.

Werner opened the food pantry in 2017, which is only open on Saturday mornings and gives out food to those in need until they run out.

"It may not be changing the world, but I am changing the way they feel and in turn, making a difference in their lives," Province said. "And that's what matters."

The June award winner, Angela Salyer, is the chief operating officer at The Comfort Crew for Military Kids in Austin, a nonprofit that focuses on issues that military kids face.

The organization helps kids overcome problems including their parents being deployed, living through a divorce and surviving bullying.

In July, the mother-son duo behind Ez-E's Dope Soaps, Ciera Osagbami and Ezekiel "Zeke" Ayangbile, were the winners of the Pay It Forward award.

The duo put their creative talents to good use when they decided to make and sell all-natural soaps to support victims of Hurricane Harvey.

Melissa Puntenney was the winner of August's award for her work helping in her community.

Puntenney goes out of her way constantly to help those in need in her communities, even hosting a Thanksgiving dinner every year for her community.

"She has such a big heart. I just admire her," said Kim Beck, who has known Puntenney for more than 20 years and nominated her for the award.

Lee Brown, the creator of Austin's wheelchair basketball organization for kids, was September's winner of the Pay It Forward award.

Brown lost a leg in a motorcycle accident, ending his hopes of a full-ride basketball scholarship, but he told KVUE that wouldn't stop him from being an athlete.

Brown created ATXAbilities, the only wheelchair basketball organization in Central Texas for kids between ages six through 12, as a way for kids in wheelchairs to still participate in the sport that he loved.

WATCH: Pay It Forward: Man's love of basketball changes lives in his community

In October, KVUE awarded the Pay It Forward award to Jennifer Womack for helping girls who experience crisis situations.

Womack helps girls experiencing pregnancy and who are scared, angry and confused through the Annunciation Maternity Home (AMH) in Georgetown, Texas.

"She doesn't just do the tick marks on her job description. She shows up to the hospital when babies are born in the middle of the night, just so she can share that moment with them," Seth Galemore, a development director with AMH, said. "A lot of these young moms don't have support from their family."

Nichola Austin, the founder and CEO of We Are Not Broken is the winner of November's Pay It Forward award.

We Are Not Broken is a nonprofit that was started in January that aims to teach women and girls that their scars are victory marks rather than reflecting brokenness.