Alice Olivia Martinez, known to everyone as Ma Harper, helped start Fiesta's Taste of New Orleans and is still cooking after more than 30 years. 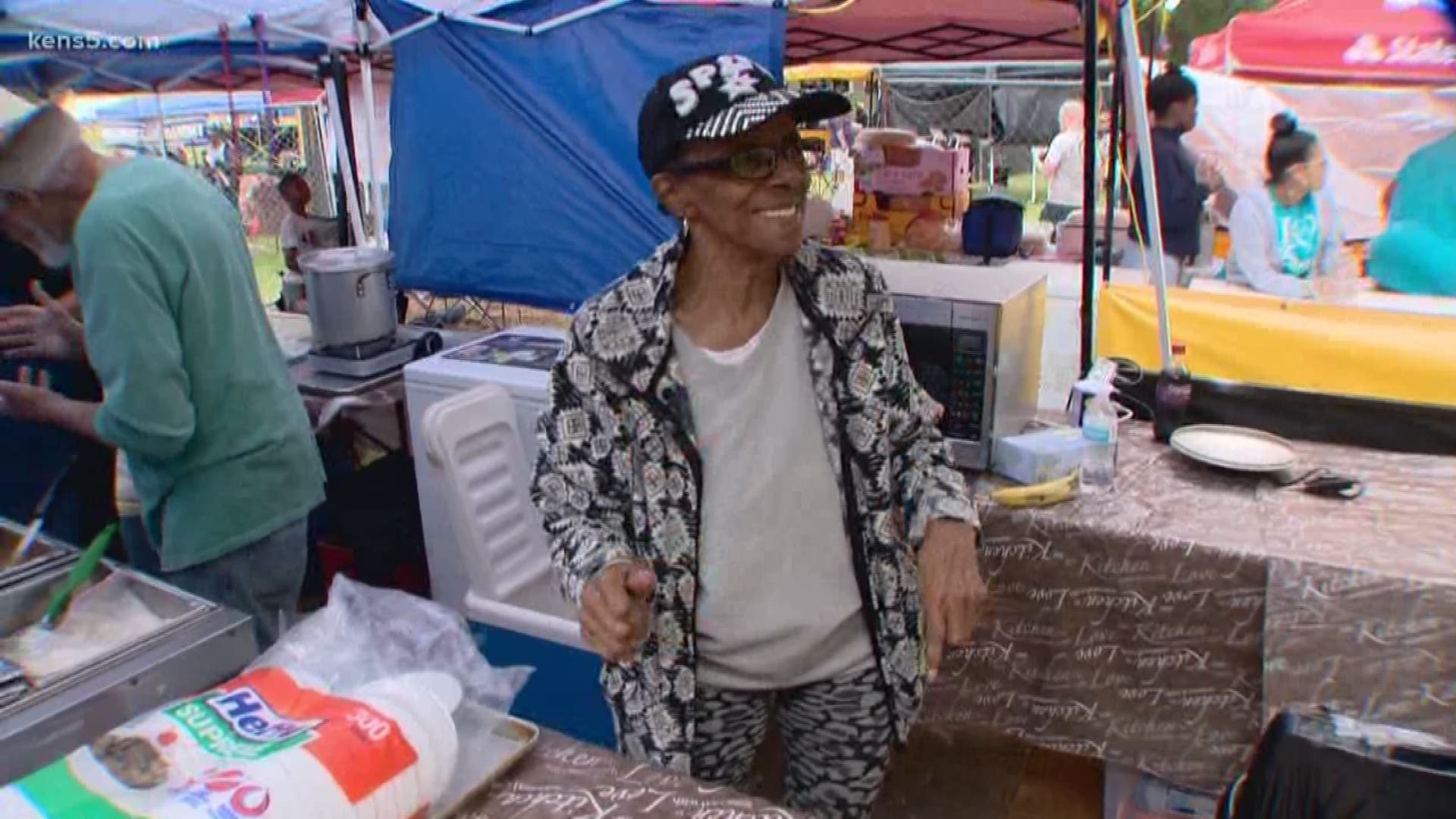 The warm aroma of Creole gumbo attracts a crowd of hungry fans to a certain booth at Taste of New Orleans.

"I'm from ‘Nawlins,’ not New Orleans, NAWLINS!" a diminutive woman says as she smiles.

Alice Olivia Martinez is a Nawlins original who adopted the Alamo City as her own years ago. Born nearly 90 nearly ago in New Orleans, the woman people know as Ma Harper is the heart and soul at Taste of New Orleans during Fiesta.

Harper’s biggest fans are those who know New Orleans, its customs, and cuisine.

They know her recipes and personality are authentic Louisiana.

Ma Harper was the festival's first vendor, working it and the crowd for the last 33 years. Sizzle and spice, with red beans and rice.

"She actually embodies the soul and presence of Louisiana, Texas-style,” said Cynthia “Happy” Buttles, the marketing coordinator for Taste of New Orleans. “That's the best way I can explain it."

Harper’s made a name for herself as a restaurateur, with Ma's Harper's Creole Kitchen on the east side. But she spent her first 21 years in San Antonio as an aircraft mechanic at Kelly Air Force Base. She then helped the Zulu Association join the city's 10-day Fiesta with a Louisiana-style food festival called Taste of New Orleans.

"Ain't no one body could take credit for what's goin’ on. It's a universe of people,” Ma Harper said.

From her perspective, it’s a holy universe. She was born out of wedlock, the second of 16 children. Ma says that she's survived by grit and the grace of God, and she views her kitchen as a ministry.

"This is really not my restaurant. This is God's restaurant,” she said. “And I'm a vessel that he uses to get to his people.”

Now a business owner, culinary instructor, and a woman of faith, a conversation with Ma often feels like a southern sermon.

“And all I'm askin’ people, real quick, is to stop and think whose you are, not who you are!” she said, testifying like a gospel preacher.

"There is no stranger when it comes to Ma Harper,” Buttles said. “Ma Harper is phenomenal, and that's why we enjoy and cherish her."

Ma may move a little slower now, with arthritis and osteoporosis affecting one knee, but not enough keep her out of the kitchen that bears her name, or keep her away from Fiesta. She's planning to be at it again next year.

"I think SA's great, man. I aint' goin’ nowhere! Did ya hear that language? I ain't goin’ nowhere. I'm not going nowhere,” she laughed. “San Antonio's nice and it has a lot to offer."

And what Ma Harper offers as a kitchen-master, coach, and clergy, all rolled into one, is why she’s one of the people who make San Antonio great.