You could say Wimberley High School's Jack Garrett is a jack of all trades. 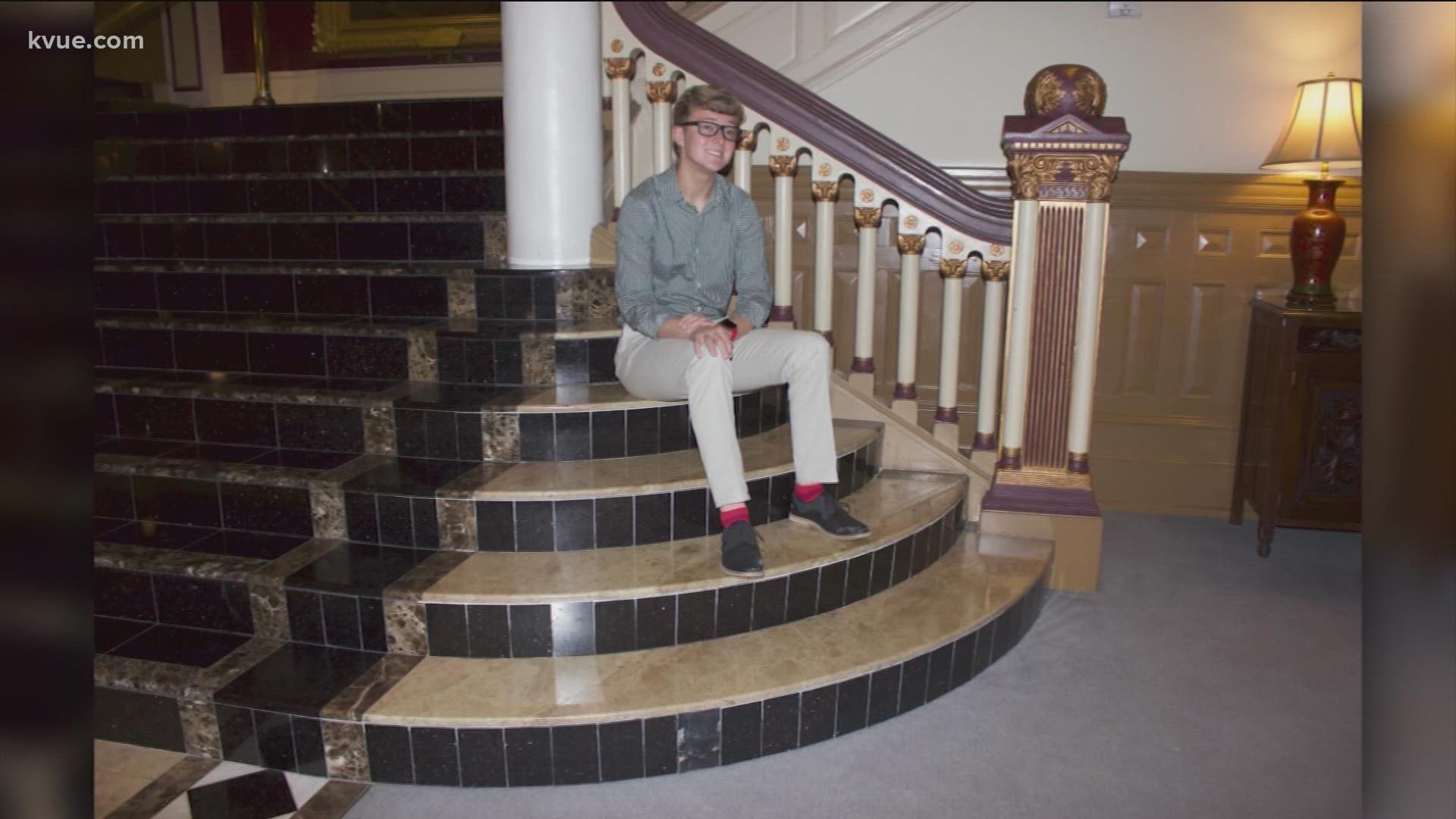 AUSTIN, Texas — Wimberley senior Jack Garrett is all about positivity. Whether he's leading the Texan Band on a Friday night or starring in the school play, this self-proclaimed class clown has a zeal for life that's infectious.

Jack's days are full and that's just how he likes it.

He's involved in band, where he truly enjoys supporting his fellow bandmates. Jack plays the saxophone and leads the band on the field and at competitions as the school's drum major.

"I would not trade my band experience for anything else," he said. "The band family is just so tight-knit and we all love each other so much. Every rehearsal that I go to, it's such a positive environment because we all care for each other so much and we all basically feed off of each other's energy."

This A student enjoys participating on the debate team and is a fan of math class. This year he's in calculus and really enjoying it.

"I just love learning, so that's where a lot of my focus comes into my school work because I'm always eager to learn," he said. "I also love to have fun while I'm learning, which makes school fun for me."

There's nothing he enjoys more than theater.

Jack is involved in the Wimberley High School theater department but he's also active in community productions. When he's not on the stage himself, Jack enjoys helping young thespians learn the craft.

"I want to study acting in college and I will do basically anything to be an actor when I grow up because I love theater so much," he said.

He hopes to attend NYU in the fall and study theater. Congratulations to Jack Garrett, the R Bank Our Future Award winner for September.