The organization is attempting to add a new measure on the May ballot. 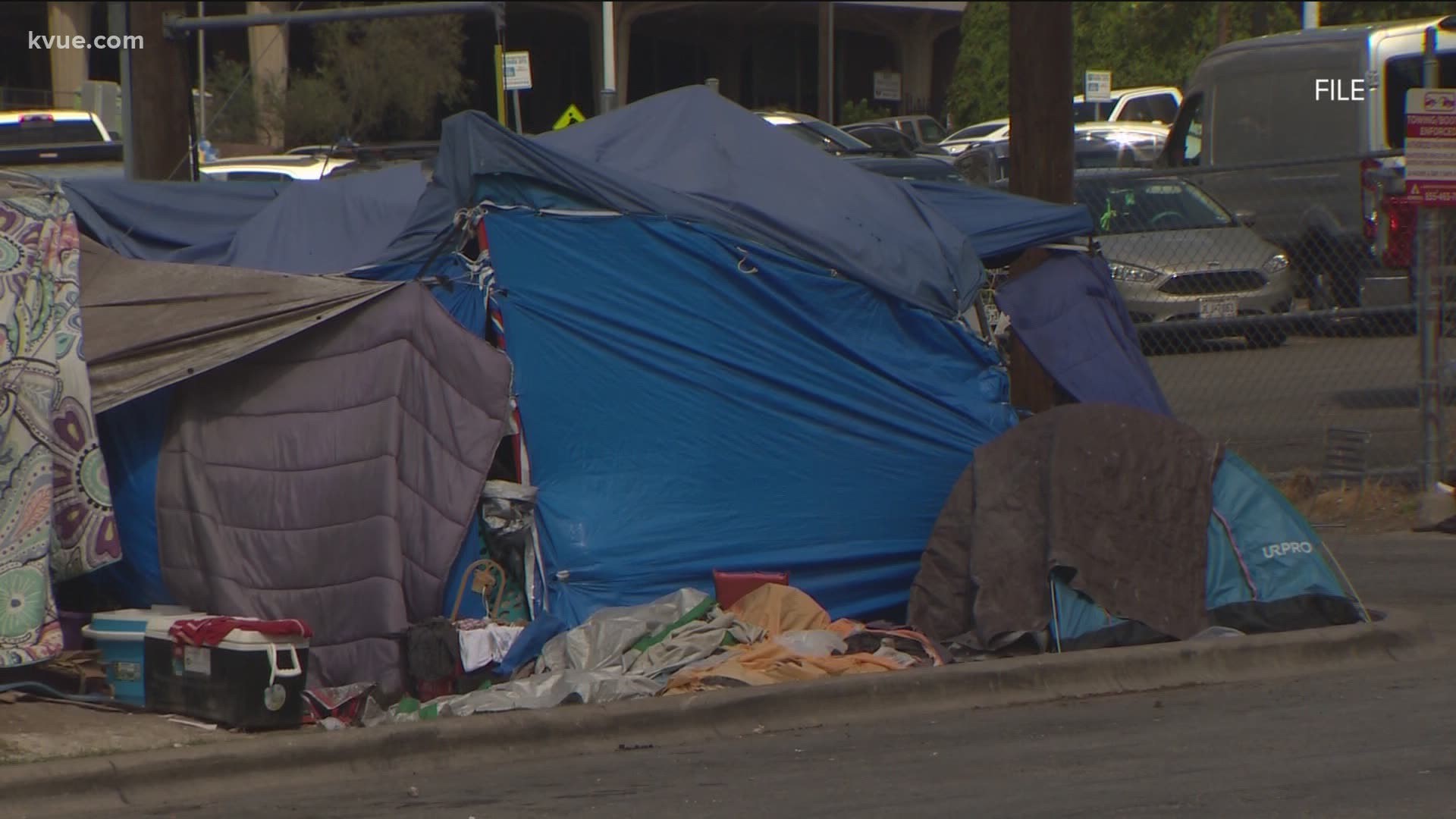 AUSTIN, Texas — Representatives from Homes Not Handcuffs, an organization that seeks to relocate people who are experiencing homelessness into homes and keep them out of jails, held a press conference outside Austin City Hall on Tuesday morning.

The group included representatives from a coalition of local, state and national service, religious, community, legal and advocacy organizations such as Austin Mutual Aid, University United Methodist and the Trinity Center.

Speakers shared stories on the life of the homeless and how they believe a reversal of the city ordinances would hurt them.

The press conference was in opposition to Save Austin Now, an organization that seeks to reverse the Austin City Council's 2019 decision to allow the homeless to camp in protected spaces.

Homes Not Handcuffs believes a reversal of this ruling would cause harm to Austin's homeless population, citing issues such as COVID-19 exposure inside local jails.

Save Austin Now's first attempt to overturn the City's ruling by petition failed in August 2020. After turning in over 24,000 signatures, the City Clerk's Office ruled the required 20,000 signatures for an item to be placed on the ballot fell short by 900 signatures after throwing many out due to insufficiencies such as duplications.

A lawsuit against the city over the thrown-out ballots is ongoing.

Tuesday afternoon, Save Austin Now said that it has "collected more than 30,000 signed petitions since Dec. 1 and submitted more than 24,000 validated petitions to the City Clerk" to put the ban's reinstatement on the May 2021 ballot. The group said the city clerk's office will now begin the validation process, "which could take several weeks," and that the City has a Feb. 12 deadline to approve ballot language for the May ballot.