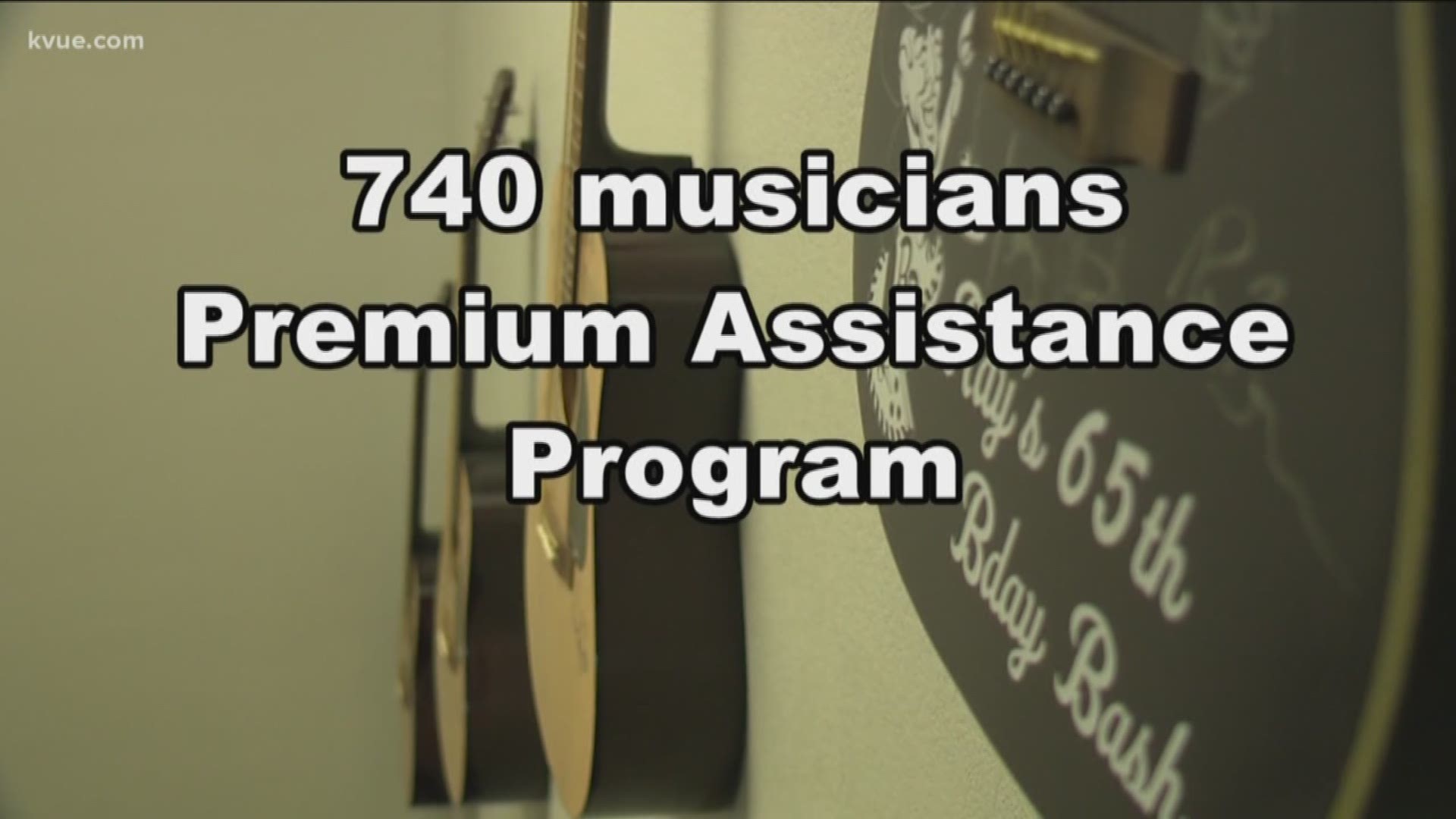 AUSTIN — Hospital bills can be expensive, even if you have insurance.

For musicians, who typically make less than $24,000 a year and don't get insurance through their job, the Health Alliance for Austin Musicians, or HAAM, is a lifeline.

But open enrollment drained one of their programs in the first week.

"I play all over the world,” said John Pointer.

Pointer has been playing music for more than 40 years, has 11 Austin Music Awards, and helped produce a few hit movies and a TV show.

But he chooses to live in Austin partly because of HAAM.

He's one of the 740 musicians who got into HAAM's Premium Assistance program this year.

"I am one of the lucky ones, because my life is on the line, and I got in there as soon as I heard there was a limit,” said Pointer.

"There was a line outside the building,” said Rachel Blair.

Right now, musicians like Pointer are going to HAAM to sign up for health insurance through open enrollment, many of them hoping to get into that Premium Assistance program.

"We ran out of that within the first week,” said Blair.

This year, they enrolled about 740 people. Last year, they were able to enroll more than 1,000.

Part of that is due to higher healthcare premiums.

"Our burn rate is faster, every dollar just doesn't go as far because it costs more to insure each member,” said Blair.

Right now, Blair predicts about 1,000 people will be on the program's waitlist. To fund everyone, they would need an additional $3 million.

That's why they're asking you to donate.

"Here in the Live Music Capital of the World, this is an incredible opportunity for people who love live music to put capital back into the live music,” said Pointer.

Blair said they still need to raise an additional $100,000 to make this year’s budget.

According to HAAM, they’ve reached an all-time enrollment high of more than 2,700 members. They grew 22 percent last year, and 40 percent since 2015.