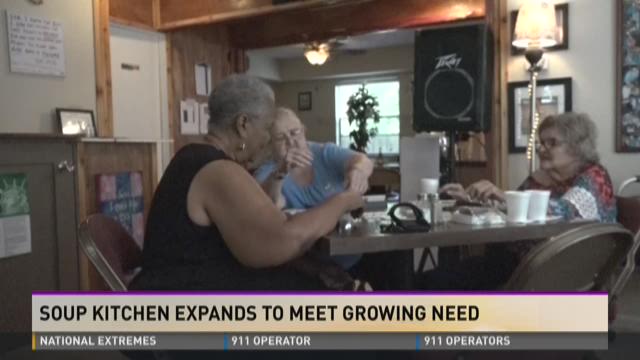 Pastor Roland Nava knows what it’s like to be homeless.

“Because of my addiction to heroine, crack and alcohol,” he said.

In prison, Pastor Nava said he overcame his addiction and found a calling to help those, who are struggling through the same things he once dealt in Houston. He started the Open Door Soup Kitchen two years ago.

Its new location in Bastrop can now feed over a 100 people a day, instead of just 25. Members of the community said this new location is a godsend, as they are noticing more poverty in the area.

“I can think of five families right now that need temporary housing, just something to get them on their feet,” said Anna Harris, former social worker.

She said some of these families are still recovering from disasters, such as a fire and flood.

“People living with holes on their floors, mildew, kids that have asthma, due to that,” said Harris.

As for the growing homeless population, the Bastrop mayor said he believes a good number of them are actually from other parts of Central Texas.

“People call the police saying there’s someone sleeping on one of the park benches, and I don’t think that’s what park benches are for. 'So, what do you do about that?' Well, what we do about that is try to find places for them,” said Kenneth Kesselus, Bastrop Mayor.

Open Door has now become much more than just a soup kitchen, offering free health screenings weekly, and a recovery shelter, along with drug and alcohol classes, and food pantry items available at all times for families in need.

Pastor Nava said he’s seeing a rise in poverty both in the north end of the city of Bastrop and the Lake Bastrop area.

The Open Door Soup Kitchen is open Monday through Saturday from 9 am to 3 pm.