The LCRA said they will be investigating their security system. 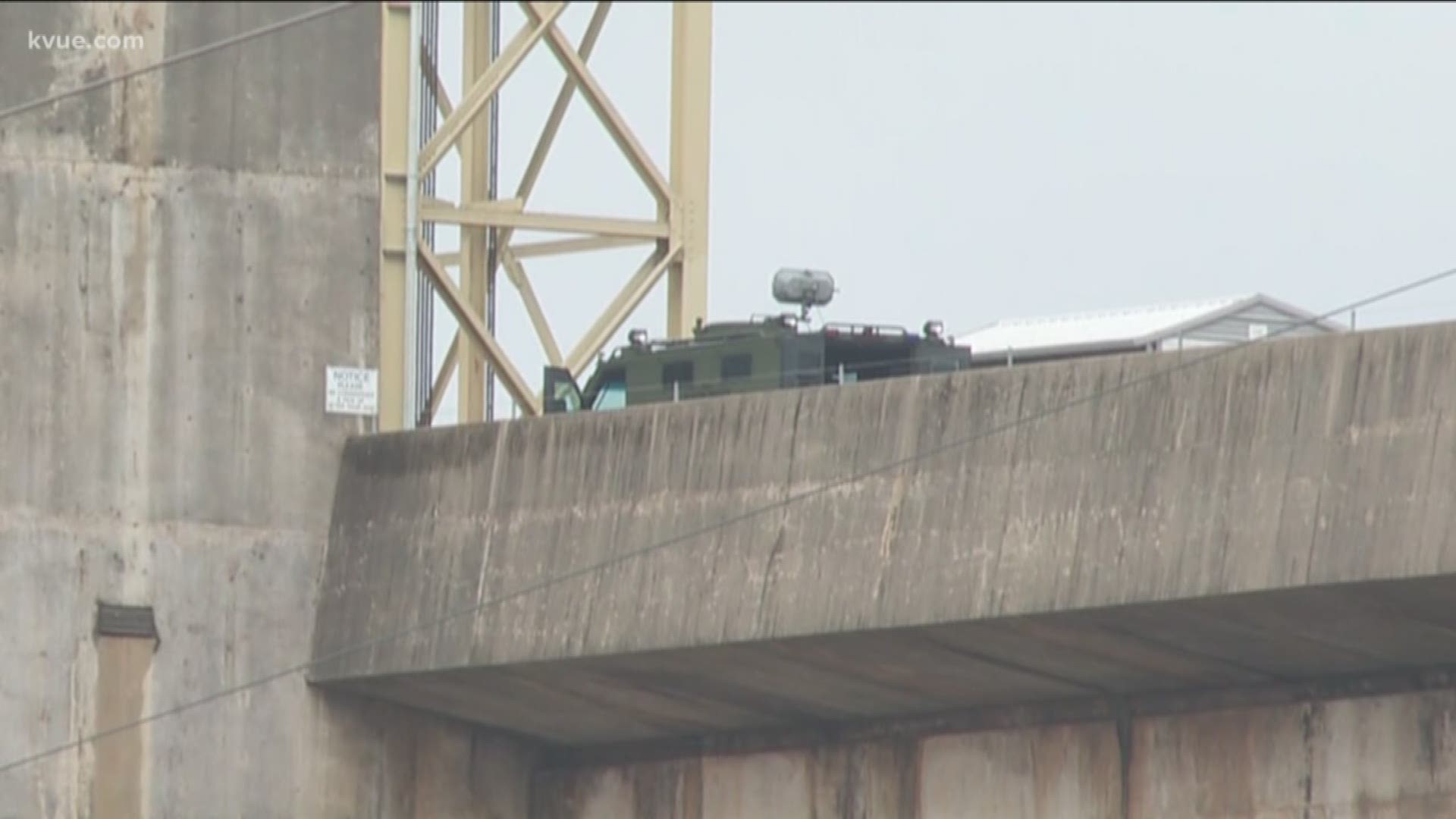 TRAVIS COUNTY, Texas — Multiple law enforcement officials responded to reports of a trespasser at Mansfield Dam on Tuesday, but nothing wrong seemed to be found.

According to Travis County officials, deputies were on scene at the dam, along with officials from the Lower Colorado River Authority and the Austin Police Department. Austin-Travis County EMS said no patients had been reported at 11:30 a.m.

At a press conference at around 3 p.m., authorities from the LCRA said an employee reported that a person was trespassing inside Mansfield Dam shortly after they opened at around 8:30 a.m., but authorities did not find anyone when the APD did a thorough walkthrough with a SWAT team.

As of around 3 p.m., officials said the dam is secured and safe. LCRA said an investigation will be conducted to ensure their security is working the right way.

Officials said there were no resources threatened by the trespasser and that all equipment was remotely shut off when LCRA was alerted to the trespass.

The LCRA official said the dam protects Austin from floods and is a vital piece of infrastructure for Central Texas.