A man was driving a motorcycle on Interstate 35 in Kyle Sunday night when he ran into the back of a semi-truck. 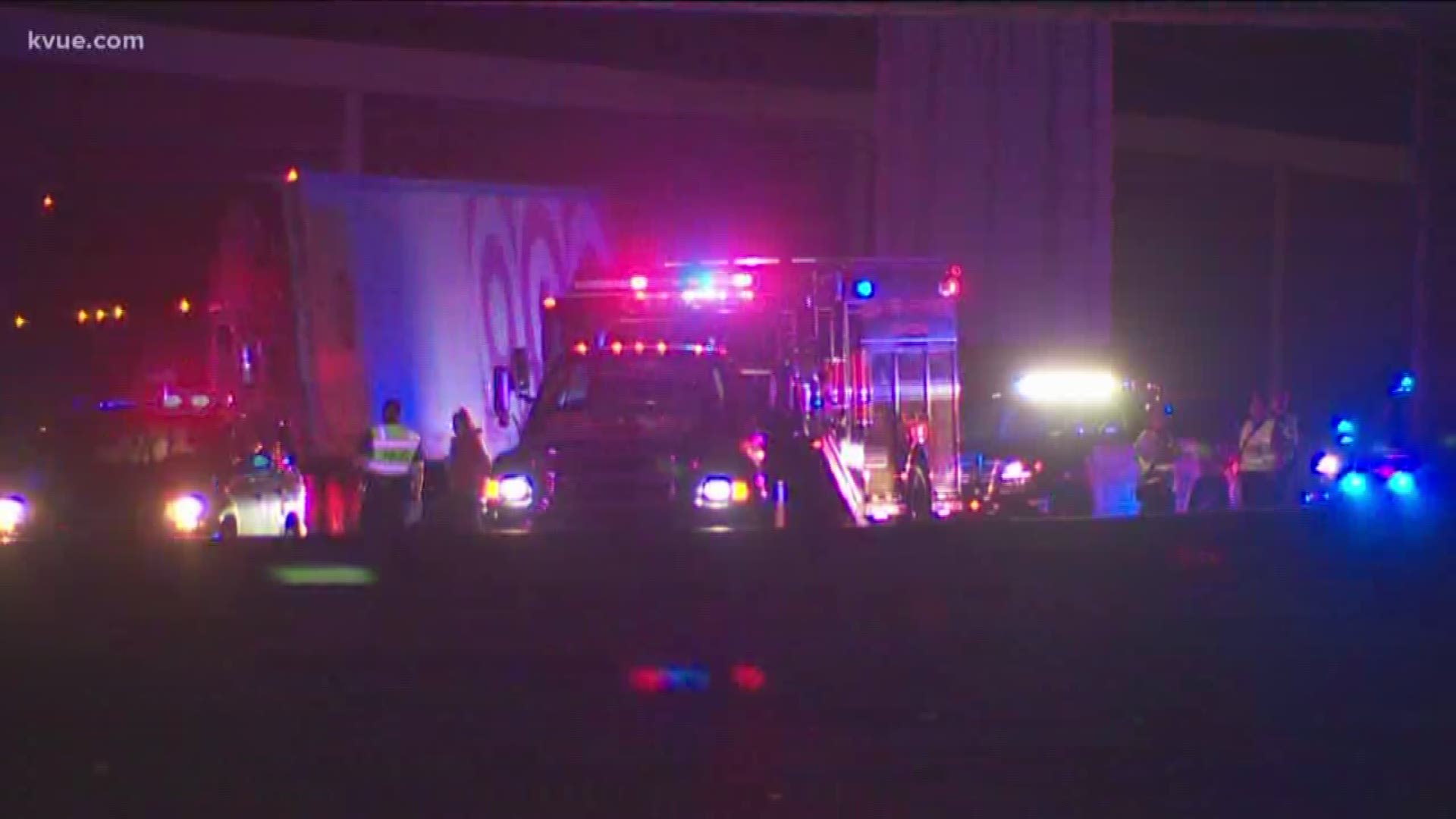 KYLE, Texas — A motorcyclist has died after he struck the back of an 18-wheeler in Kyle Sunday night. He was later identified by the City of Kyle as Edward Ortiz Jr., 41, of Kyle.

City leaders told KVUE the crash happened around 10:15 p.m. near the mile marker 217 on Interstate 35, a few miles south of the main street intersection in Buda.

“Our preliminary crash investigation indicates the motorcycle driver was traveling at a high rate of speed when he hit the trailer in front of him,” Lt. Andre Marmolejo said.

Officials said Ortiz then became entangled under the trailer. The truck driver reportedly pulled over about 200 feet down the freeway.

Ortiz was pronounced dead on scene by Hays County Pct. 2 Justice of the Peace Beth Smith, who later ordered an autopsy. Ortiz's family has been notified.

The crash caused all I-35 southbound lanes to close for under two hours.

This was Kyle's first fatality on I-35 this year.